JADAN GARDENS JUNE 2016 - an introduction to the Monsoon

In spite of a cool beginning to the month, during the second week temperatures soared towards 47 degrees celsius, as in May, and we started to cook again.

Our local CAZRI (Central Arid Zone Research Institute) affiliated horticultural research centre assured me that this year's monsoon would be one week early and above average, and sure enough we had some very heavy storms and showers - the first of which was on the evening of the 21st (International Yoga Day). We stood outside the Bhakti Sagar and marveled at the sight – the first proper rain since 22nd of September – nearly exactly nine months to the day.

This downpour meant action the following day, and we transplanted the now very long sakarkand vines into the prepared area in the Big Garden. On the same day, in the afternoon, we sowed most of our monsoon vegetable seeds near the lucerne grass beds that we planted last November.

This month, the shade cloth was removed from the shade house in the Shiv Bagh in order to sun harden the papaya saplings. They were therefore accustomed to receiving full sunlight by the time we started to transplant them to empty spaces in the new channels in the Shiv Bagh, on the 26th. Many had become stalky and the stems weak and some already had leaf curl virus, which is common in this plant, but on the whole they are looking very good and we have at least 200 saplings.

Pumpkins and bottle gourd were planted behind the central office on the 25th and more pumpkin varieties along the boundaries of the Shiv Bagh's previously lawn area. Here we just cleaned grass roots and stones out of the fertile sandy soil that was ploughed earlier in the month and which has not been used since last October, when there was an attempt to raise mustard there. Therefore the soil has not had anything growing in it since the jowar was harvested last September and so should be good for veggies. We also planted some bhindi (okra) and chawla (cowpea) there on the 27th and 30th respectively.

We have not made flood irrigation beds here since we shall be using the sprinkler system during the monsoon period. 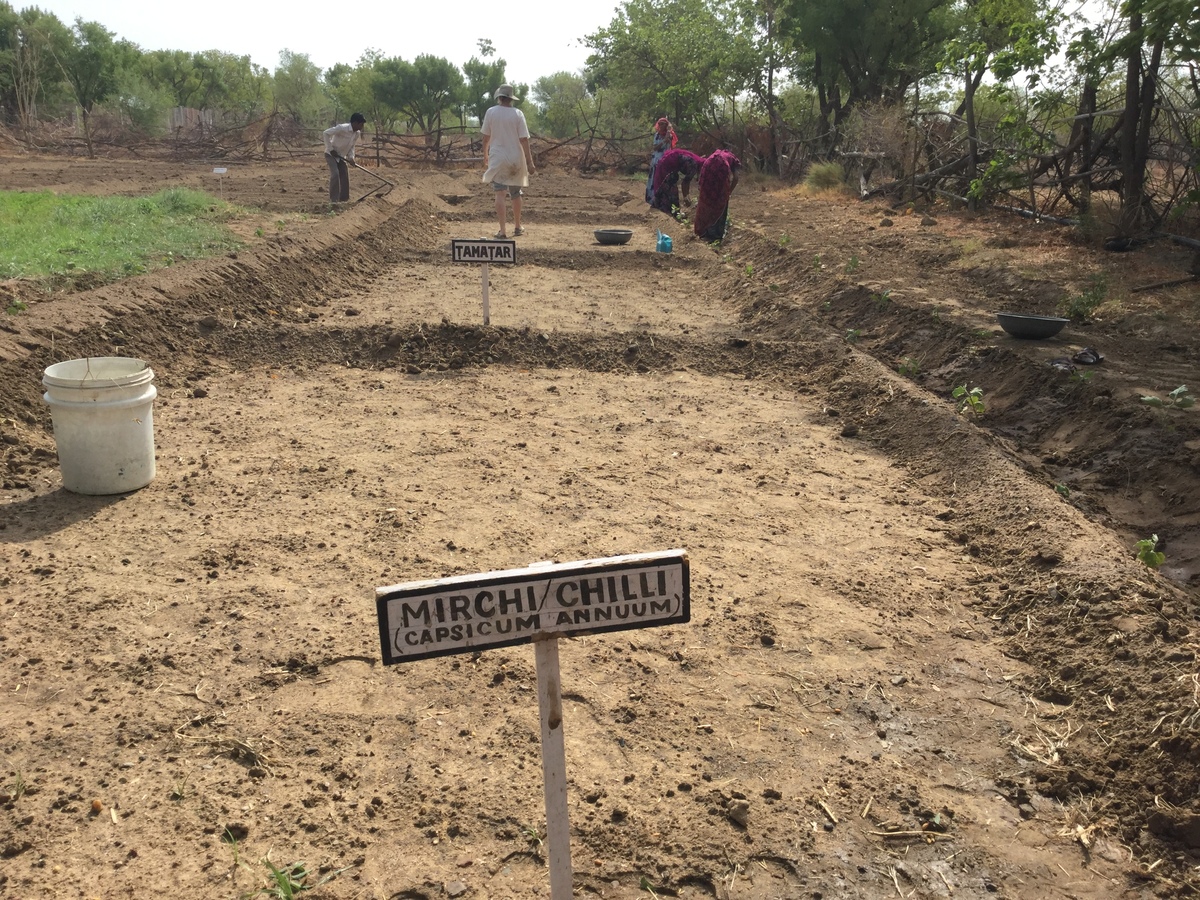 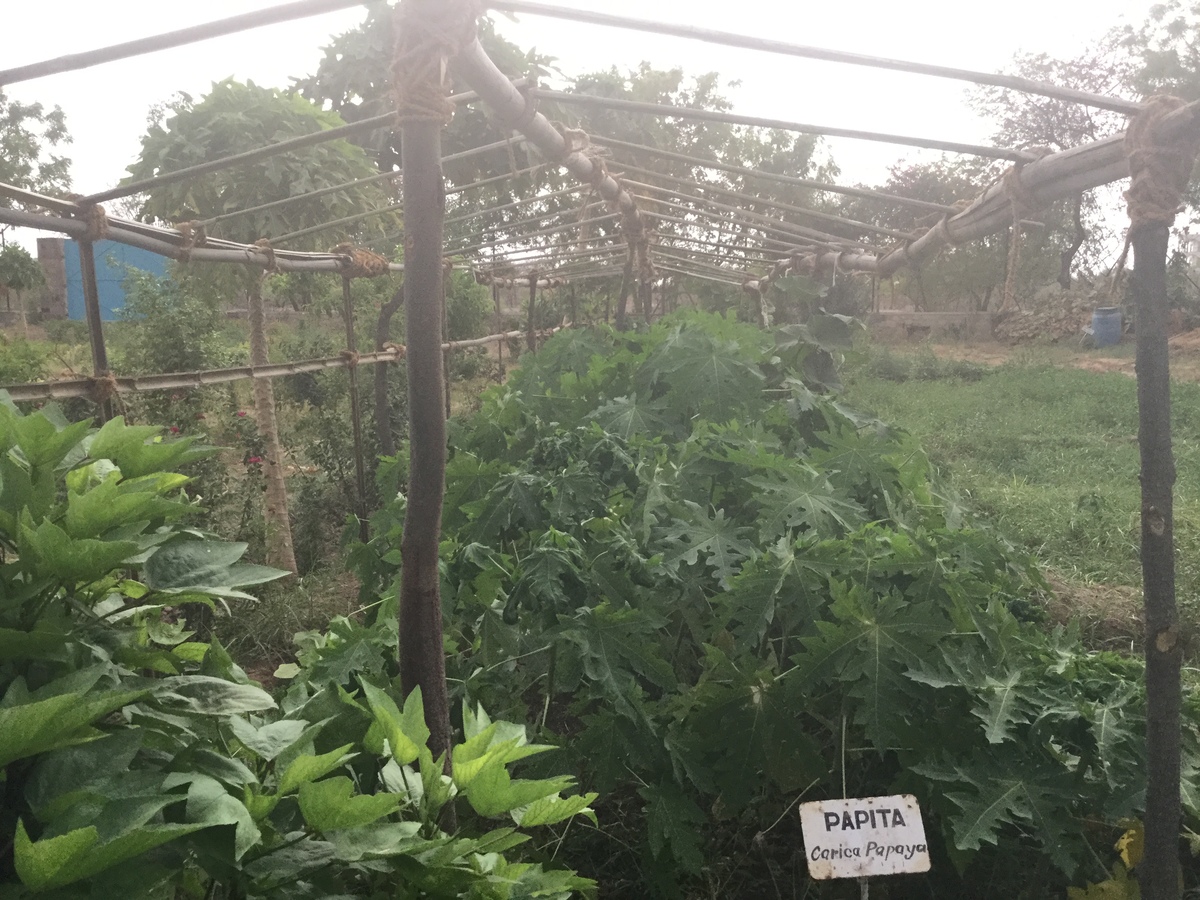 Regular rains from the 21st until the end of the month gave us a very welcome break from our irrigation duties, and time to prepare planting areas, and sow seeds and saplings. A trip to the local government nurseries on the 29th provided us with a few new fruit trees of chatoot (black mulberry) and some sitaphals (custard apple), as well as Chinese hibiscus bush and curry leaf trees (mitta neem).

During the heat of the month the organic store was restocked, and we have many dried herbs from our gardens and other medicinal remedies. In our Pali district, farmers are busy preparing their fields for the upcoming crops, which during this rain fed growing season known as kharif, are: moong daal, tilli or sesame, bajra or millet,makki or corn, and jowar, which is grown as a fodder for animals and is called sorghum wheat in English. Some older villagers still make flour from the grains, but sadly these days it is used less. Cotton is planted in May or June in this area and so we are late getting ours in, but hope to do so at the beginning of July.

As usual the monsoon makes the soil very joyful, and so many many varieties of native grasses come up, which will be waiting for you all when you come to India for the July Guru Poornima programmes. So I look forward to having some garden fun with you in 100% humidity and 36 degrees celsius.

See you in a couple of weeks.