This year's monsoon was a phenomenon making Jadan Ashram a tropical paradise! During the Augusts of 2014 and 2015 we experienced droughts, so it was unbelievable and an unmitigated joy to get the kind of rainfall that only usual comes in our dreams!

And so the growth of the lush grasses and shrubs continued, and pumpkin vines blossomed with huge yellow flowers and some gourds began to appear on the vegetable vines. In fact there was so much heavy rain that for half of the month it was not possible to have workers in the gardens, as many of the areas were under water.

Later on in the month the ladies weeded the wide pathway that runs through the Big Garden and leads to the eastern most lemon orchard. We harvested more than 70 kg this month and there will be a ton to collect between now and January.

In the meantime, the walls of the kitchen underground began to seep and water began to appear in puddles and then after a few nights of constant torrential rain the whole floor was covered a couple of centimetres of rain water which we collected up and put into 200 litre drums. This 5 tonnes of water was pumped out of the underground just before Raksha Bandhan holidays, but at the end of the month it was back – up to 30cm, along with growing moulds. Therefore we needed to move a lot of the organic stock out of the area, which is not altogether unfortunate as now we can give the whole area a thorough makeover. 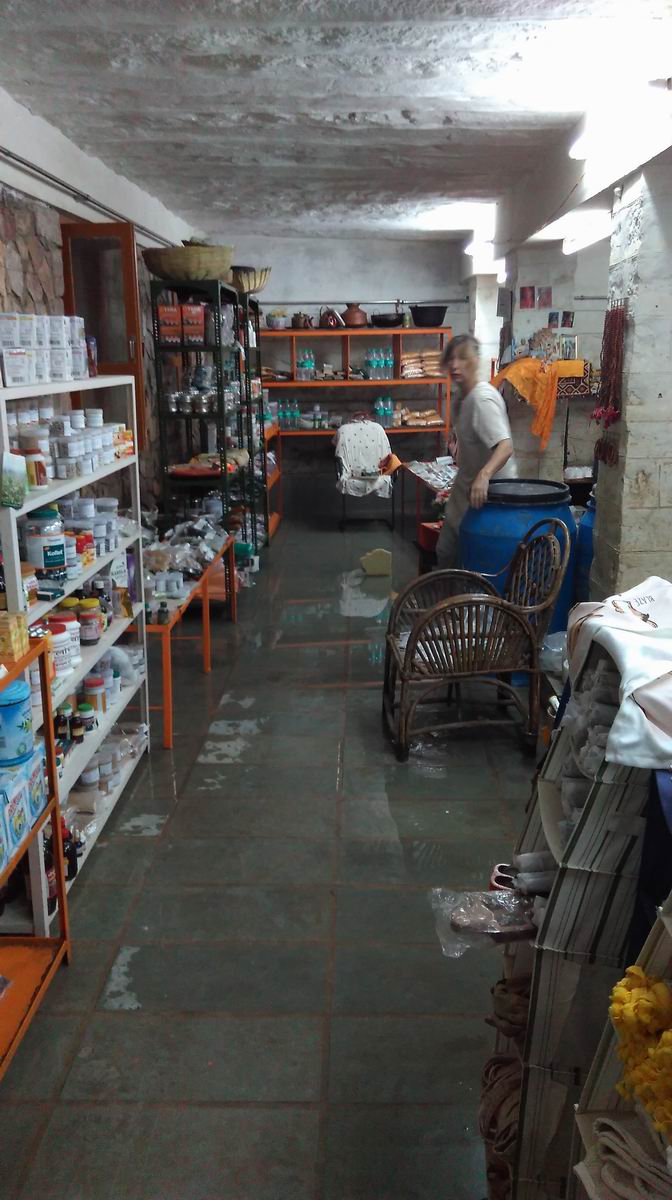 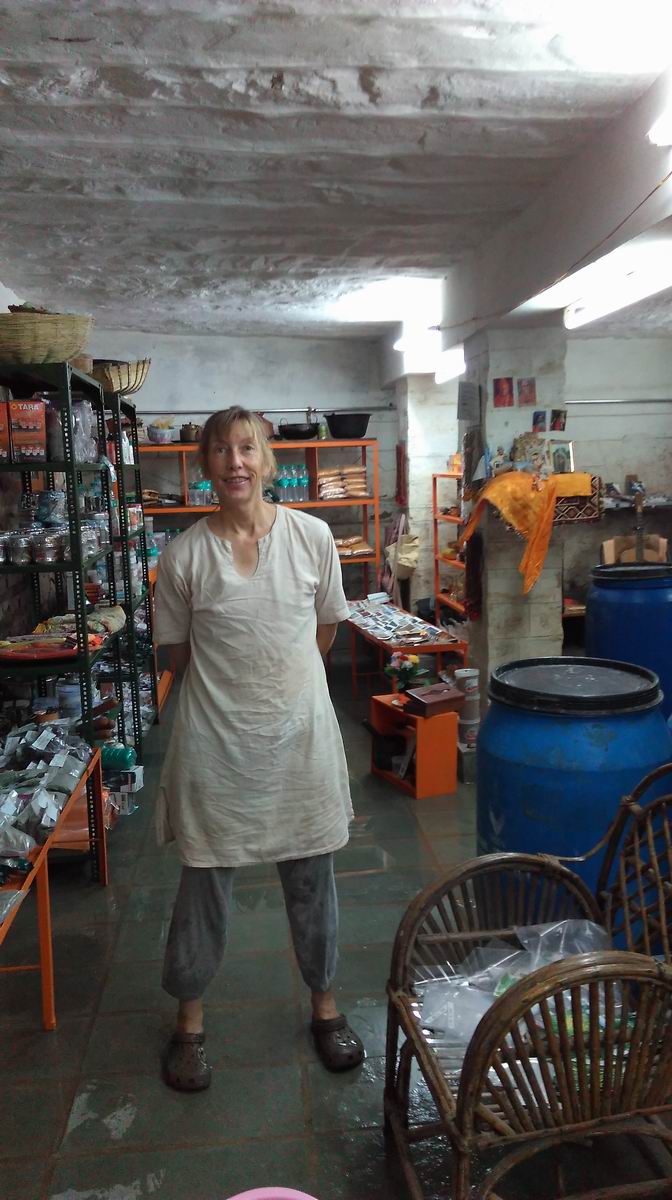 As with last year, lakes have appeared all around the ashram, especially in the outlying areas of the talab, which was full and overflowing by the morning of the 9th. The landscape has become breathtakingly beautiful, and all in all August was a cool month, although very hot when the sun came out, and the humidity level was around 95% for the whole month. 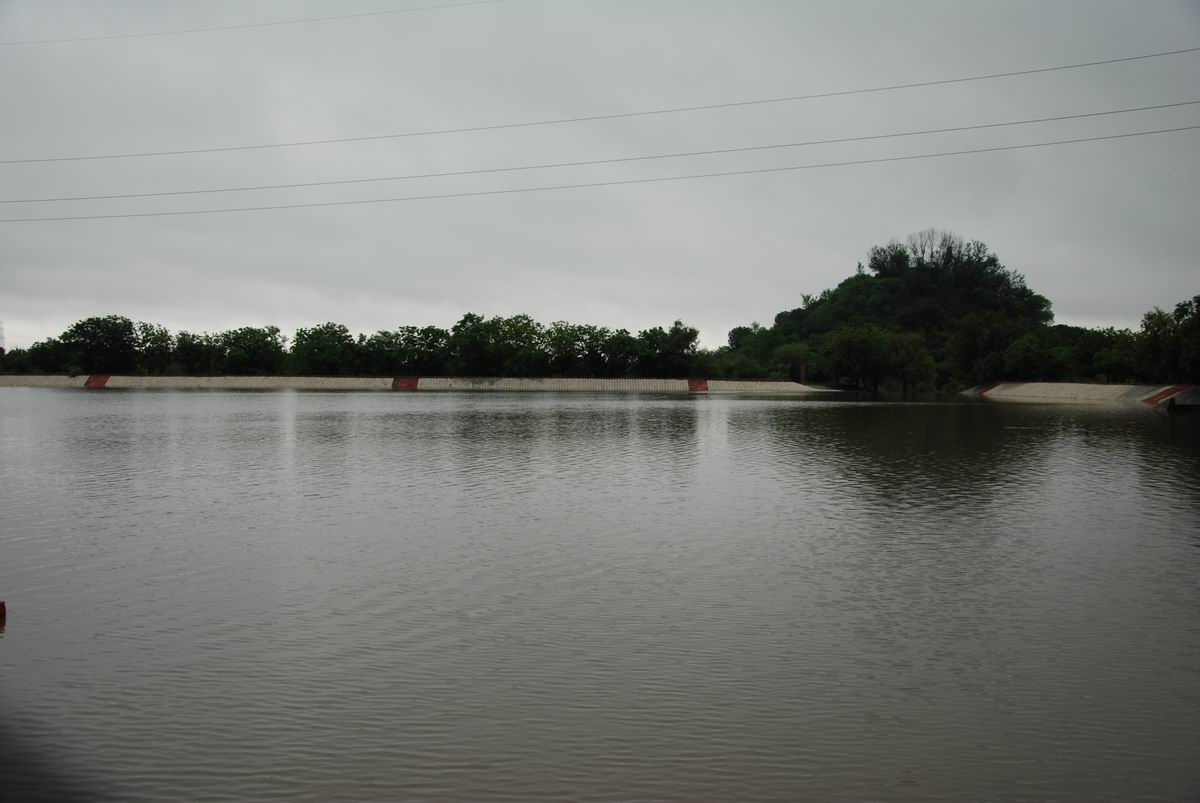 September is often quite rainy too in this area, but let us see. The chawla (cowpea) is doing very well in the Shiv Bagh and we transplanted a few lines of chillis in the area too this month, and hope to purchase some tomato seedlings in September which will also be planted there. Tameshwari (elephant creeper) seeds were planted along the pathway in the Big Garden and this will hopefully make a natural boundary as it grows along the fences that we built there last year and which are starting to fall down.

So between now and November we have a lot of weeding work, and the quicker the better, as it is an easier job when the soil is still moist. All good things must come to an end, but I really hope that the monsoon continues throughout next month because once the rain stops then the heat begins to scorch us again… then it will be time to plant the basil and roquette seeds.