Apart from 10 days with consecutive temperatures of 44-45 degrees celsius, we had a normal kind of April, except that there was an absence of late spring shower. And on the night of the 28th there was a display of thunder and lightning, and a lot of dust was blown around and through narrow cracks into rooms and basements – a specialty of this season.

Many many of our late winter and spring plants threw in the towel this month and went to seed, and so a lot of seeds were cleaned and packed and added to our extensive collection in the Organic Store. Neem giloy (Tinospora cordifolia) was cut and moringa leaves were collected, gunda was harvested, and sangri – and herbs were washed and dried. The low humidity of April and May is ideal for drying everything.

The first round of rose jam was prepared and put on the roof to cook in the hot sun for a few weeks. This ancient anti-acidity and cooling remedy is easy to make and is a great tonic especially for women, pacifies pitta dosha, and even treats mouth ulcers and fever. It is usually taken with warm or cool milk, morning and evening, and needless to say is delicious. 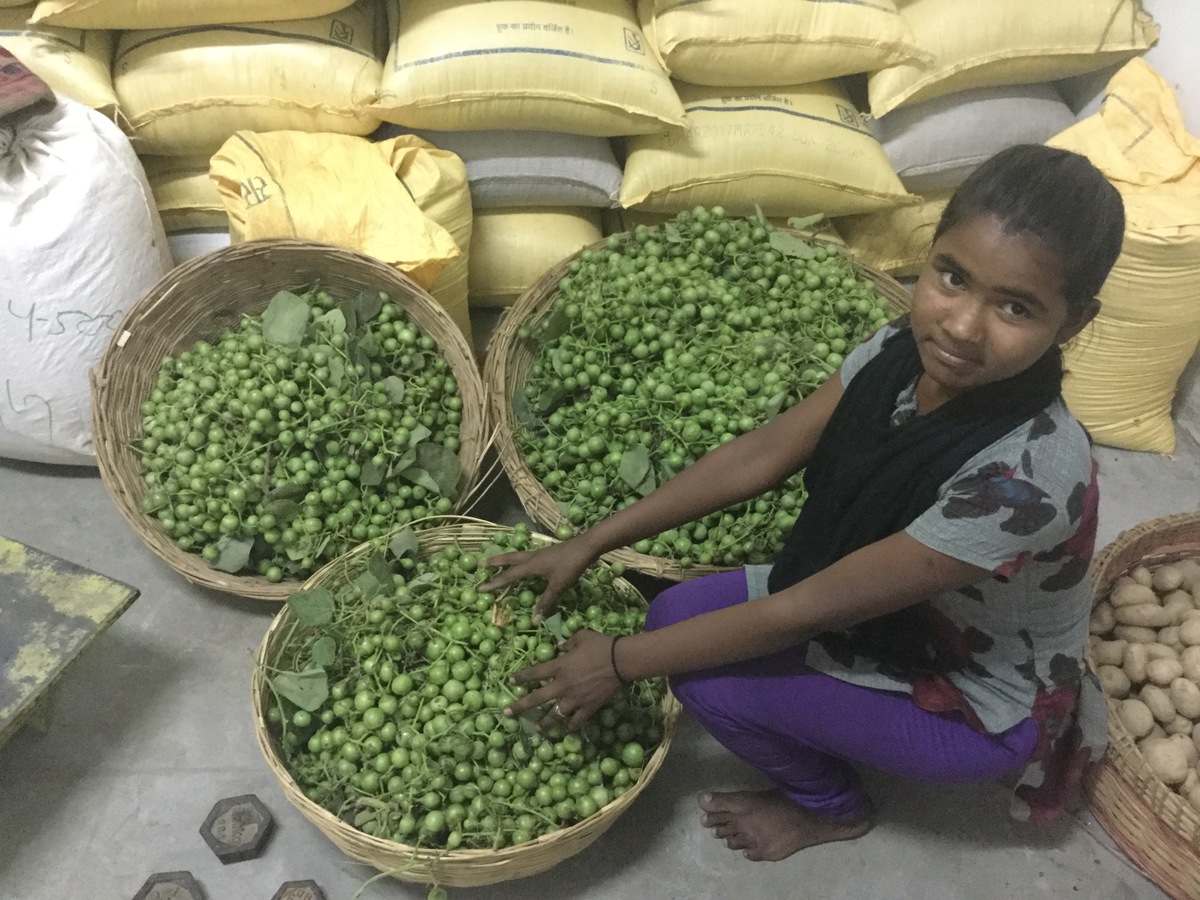 There was quite a bit of attention paid to our small vegetable seedlings this month. In the Big Garden, where since 2009 we have several gunda trees, a huge area of sorghum wheat was planted, and a small area was left for vegetable cultivation. So now we have vegetables growing in three areas, and by the end of the month bhindi and guar phali harvest had started, as well as lauki from the seeds that germinated in the Shiv Bagh during the winter. And chandaliya – the local variety of amaranth.

As usual, the cucumbers are battling with the pumpkin beetles, but the plants have started to flower and should be ok. Tomato production slowed down by mid-month, but we still manage to find one kg every second day, and the plants are not drying out like they have done during in previous years. 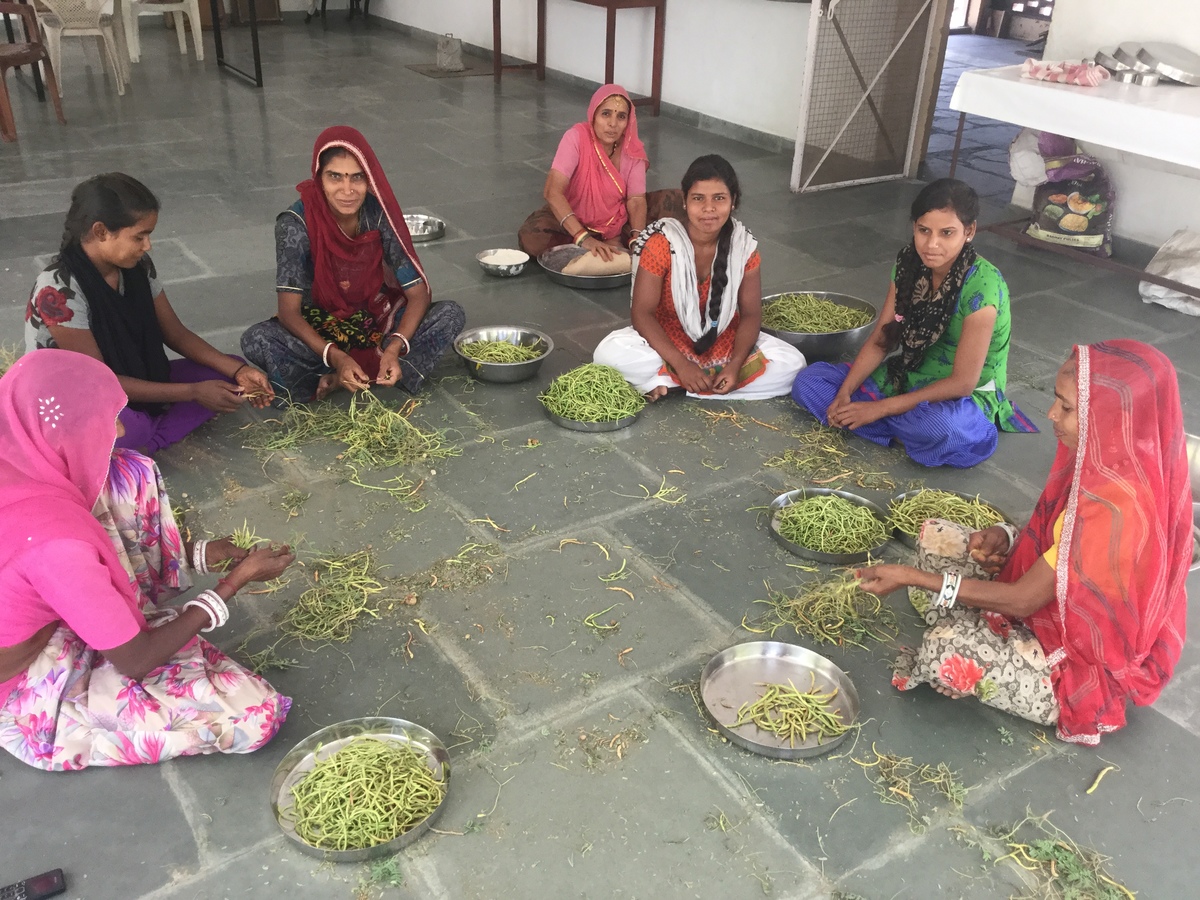 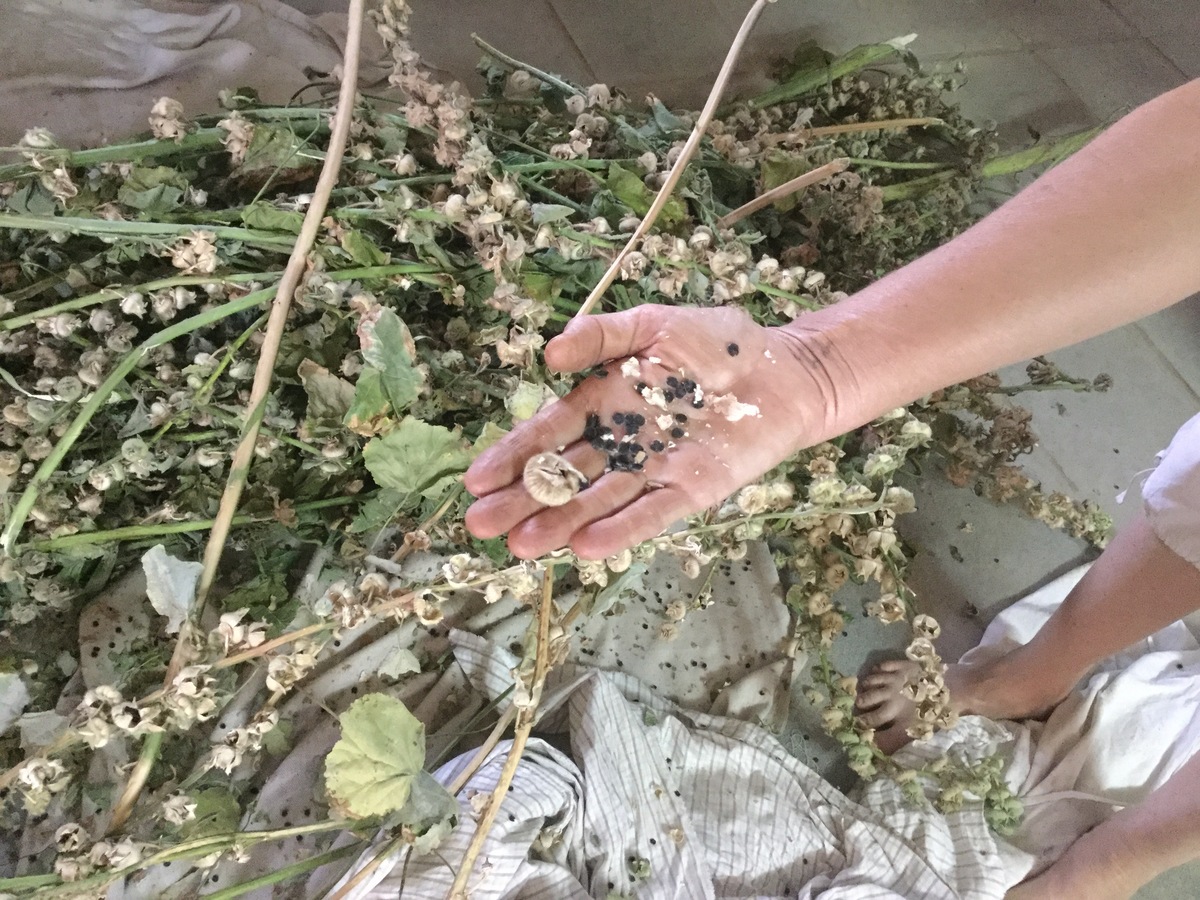 We also prepared a few more east to west channels in the central part of the Shiv Bagh and planted some South American hibiscus here – later we shall dry the dark red calyxes and grind them to a powder for veggie capsules, as they are full of vitiman C and their sourness is effective in treating Urinary Tract Disorders (similar to cranberry). Also some Hokkaido pumpkin seeds were planted and germinated very quickly.

As usual there is a lot of weeding to do in this area and most of the grasses are given daily to our 4 mares, who are also enjoying some daily watermelon skins, since the season has now begun for this cooling and rehydrating sweet fruit. 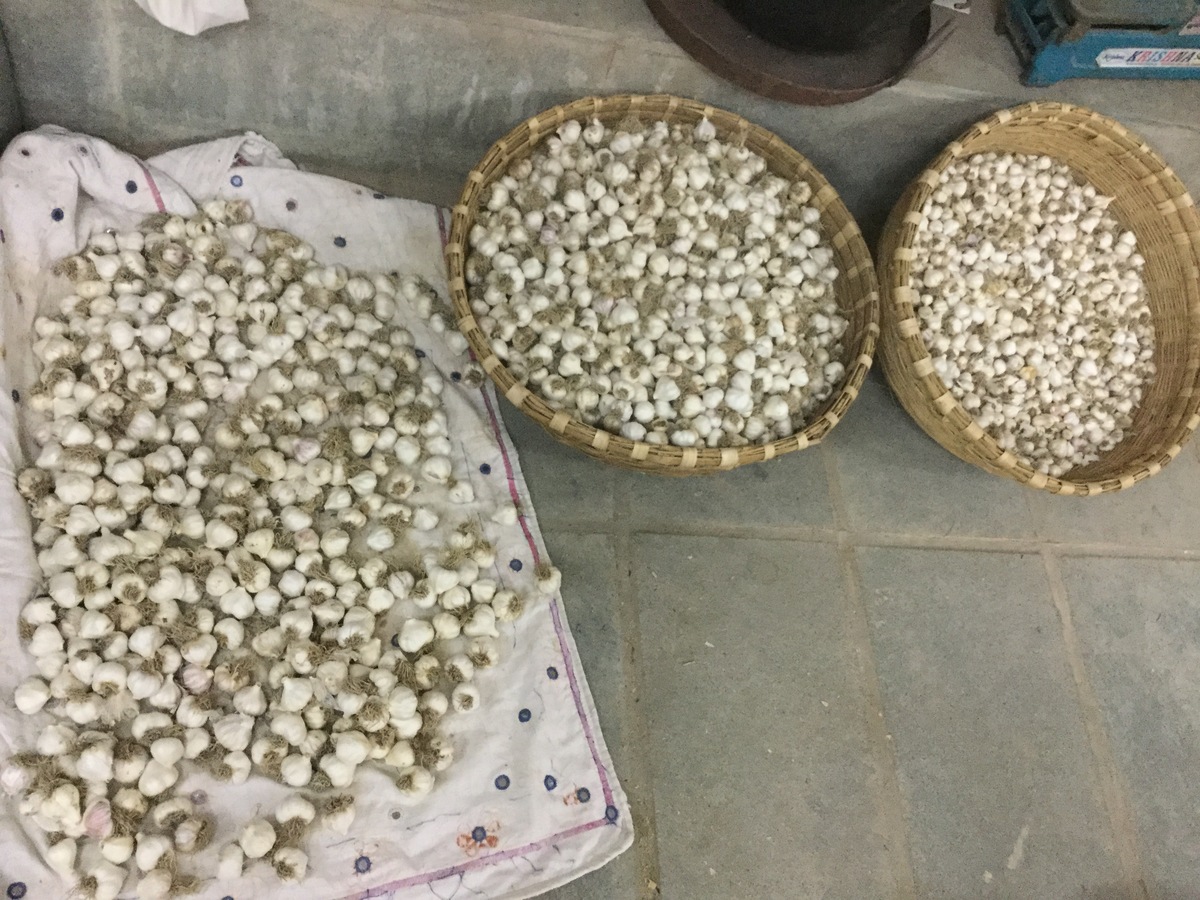 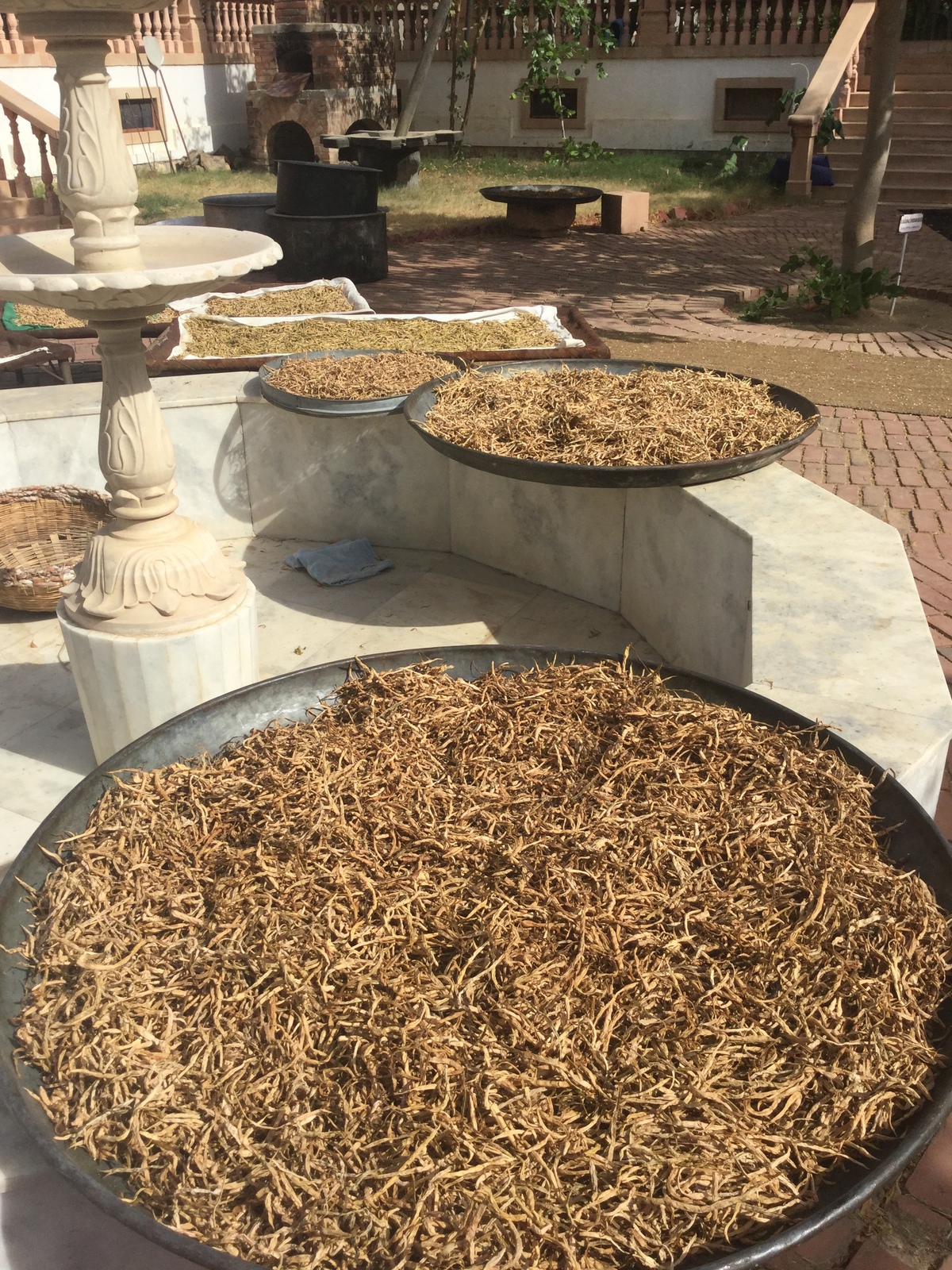 At the beginning of the month the garlic was harvested in the Big Garden and neem giloy stems were cut and then chopped and dried. Many of the stems had climbed so high up the host neem trees that some men had to be employed to climb the trees and to remove them from the very high branches. Hopefully once this valuable bitter tonic is completely dried we can grind it into a powder this year and pack it into some capsules.

One notable event this month was the discovery of a single coconut growing on one of the trees that Colonel Sahib donated in 2007 as part of the establishment of the original Shiv Bagh ornamental garden. It is now 11 years old and is just starting to produce food. Some trees like the Shea Butter tree in Africa – which has a nut that produces a fatty substance that is converted into a high quality moisturizer – take up to 40 years to produce their fruits. 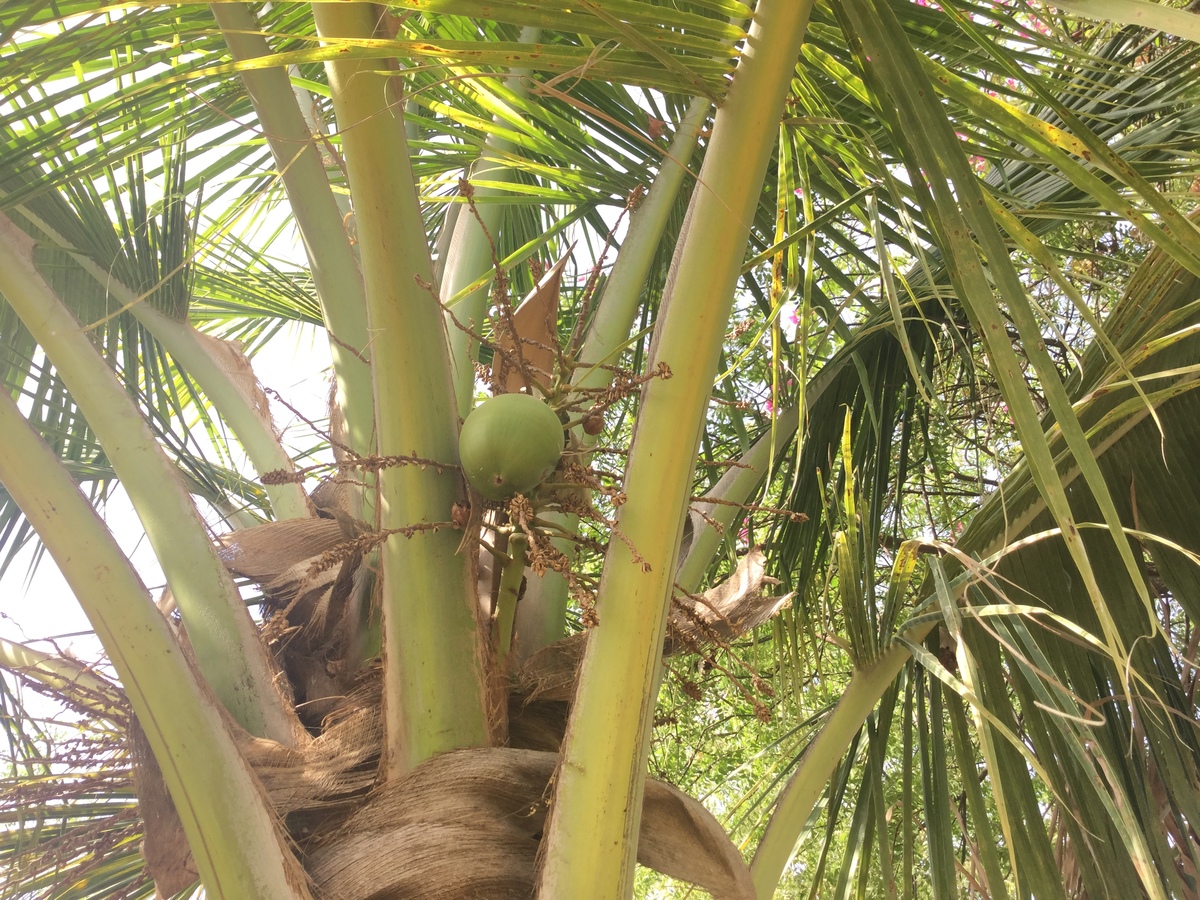 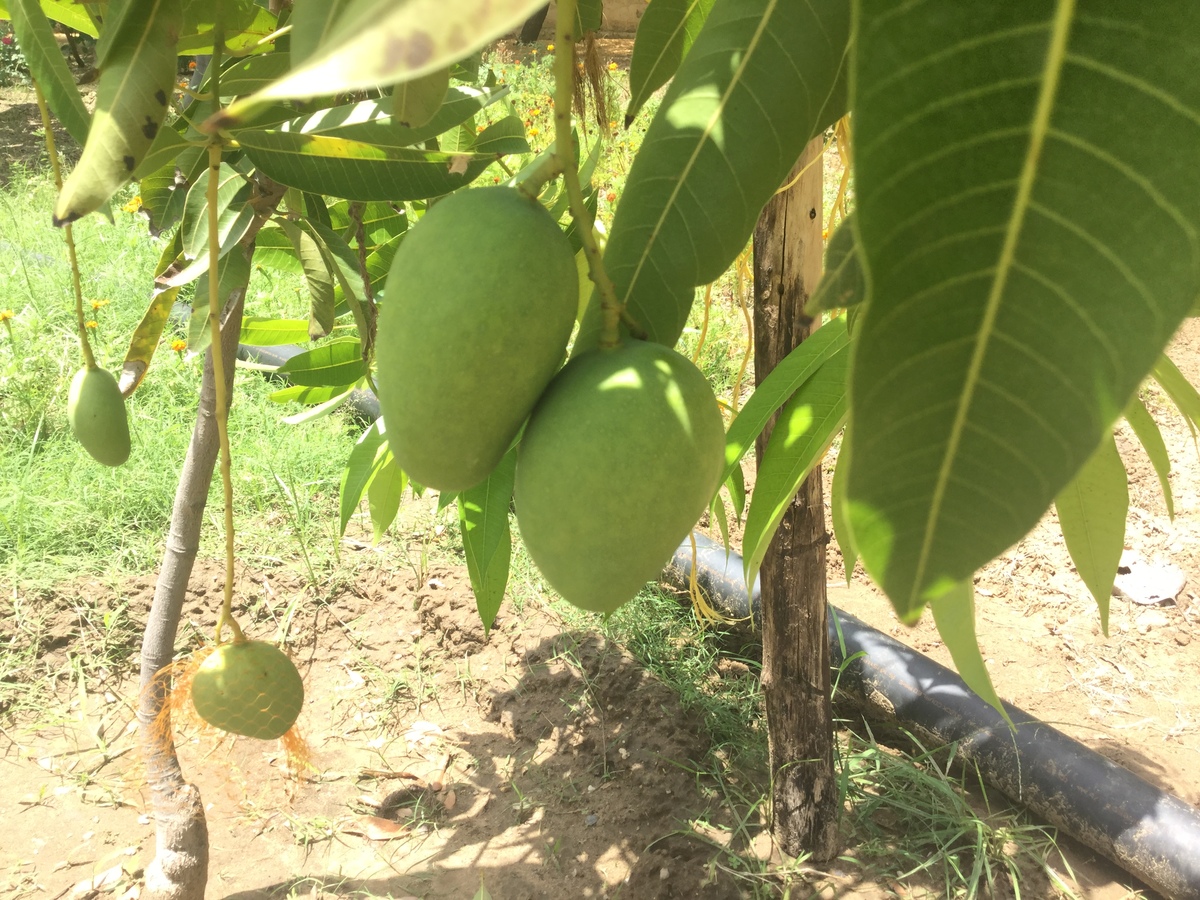 We should hang our bird water feeders up soon, so that the many varieties that live in our ashram can come and have a drink from a clay matka with the upper part removed and which is then wired to the branch of a tree. Now that the talab is always partially full, many birds come during the late afternoons and evenings for a drink or a dip, or even to fish. It is not uncommon to hear owls hooting there at 5pm or to see a peacock parading his tail for a group of peahens to admire. Black necked geese and kingfishers, storks and ring necked doves – they come and rest on the steep sloping banks of this giant reservoir and cool down, just as some of us do at the end of the day when our work is done. And morning and evening the sprinklers are tossing this sweet smelling nectar onto our summer flowers and vegetables and Jadan is a divine oasis, a desert rose, and a testament of our Master to show the world what love and devotion can achieve. 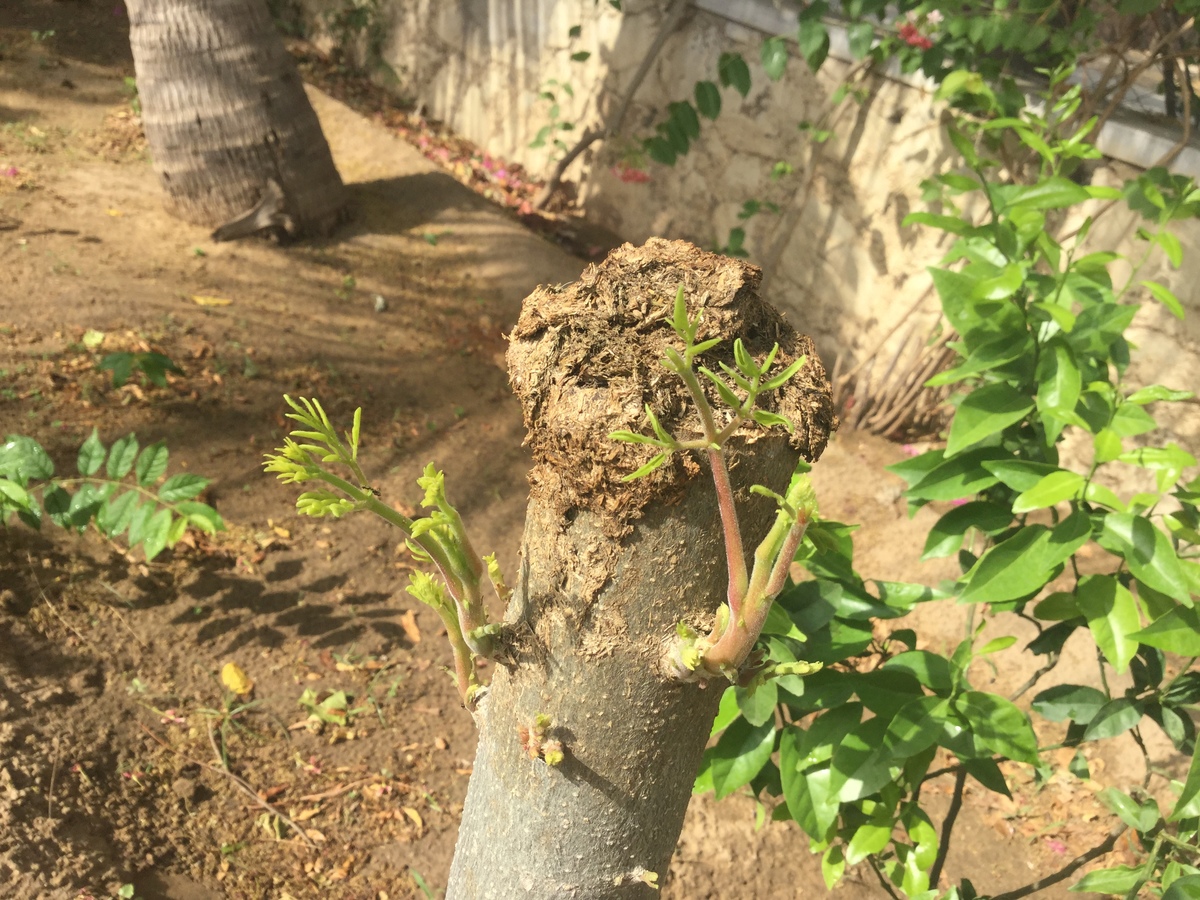 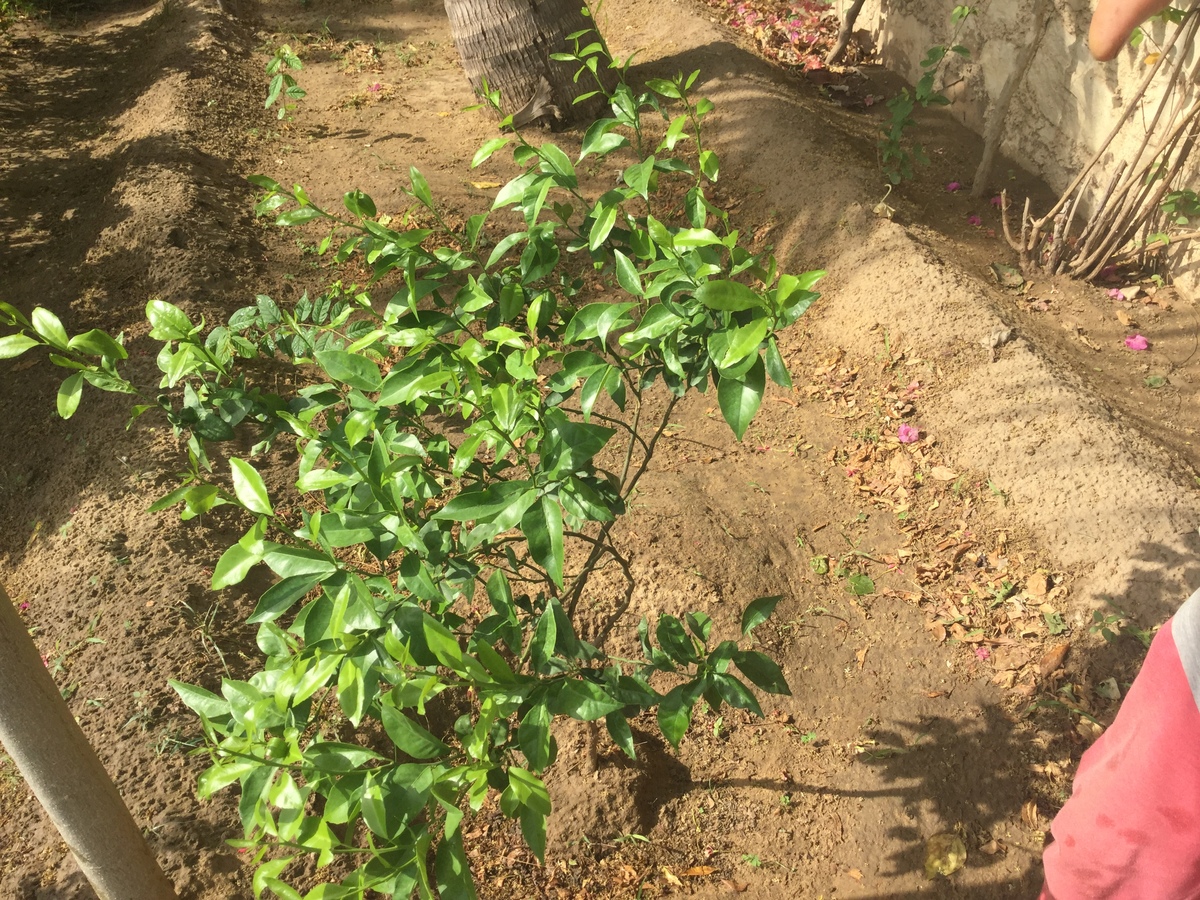 The mosquitoes have retreated for this period of the year and the early night breezes are cool and refreshing on the high rooftops, where still the night air can be chilly. 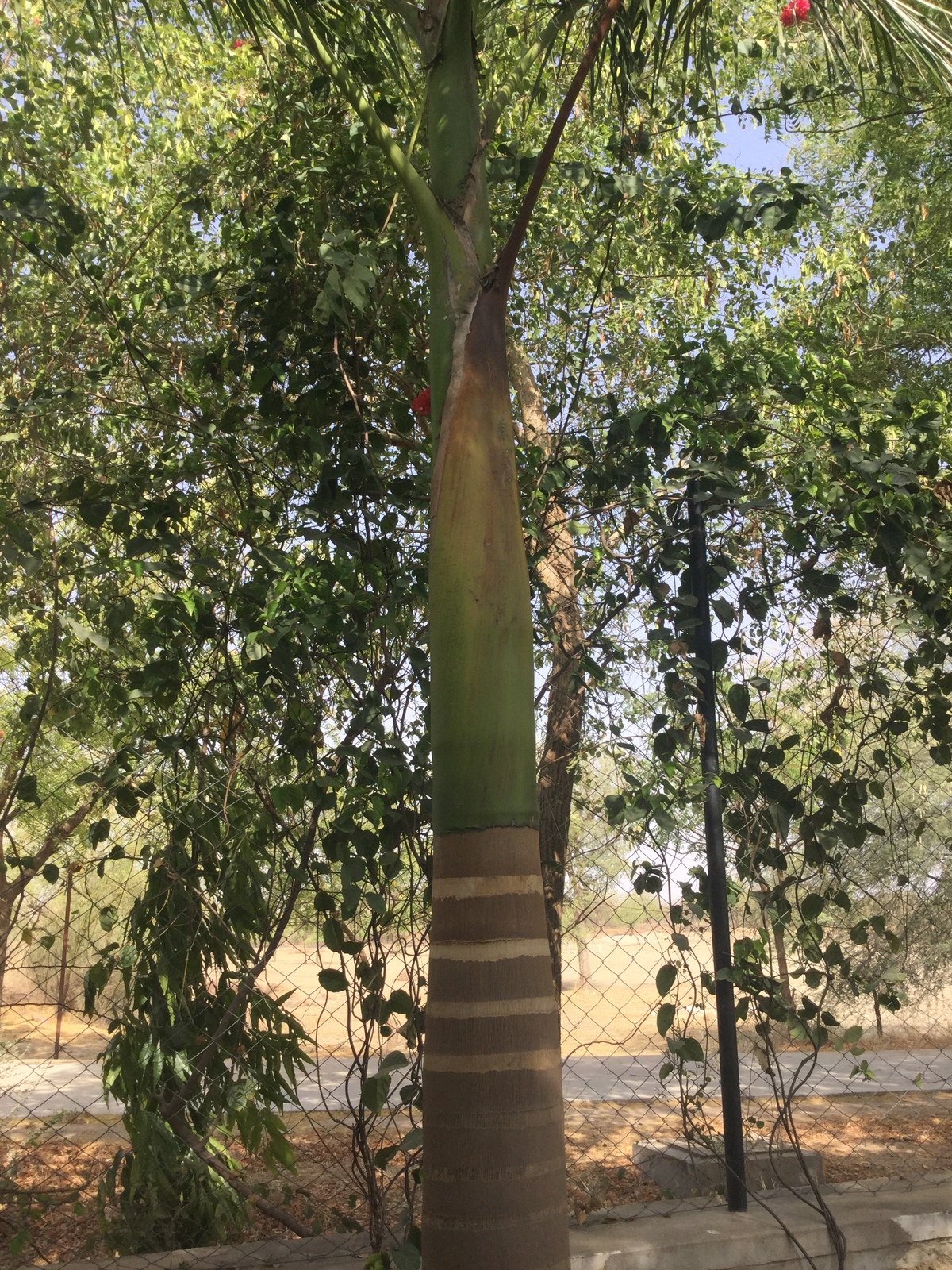 I hope to see you soon. The westerly loo (wind) like a fiery dragon is just beginning to wake up from a long sleep, and once it blows, it becomes relentless and the air feels like fire for 5 hours of each day. And sometimes even as late as 7pm the temperature can be over 35 degrees. But there is always the late evenings and the cooler nights and the divine early mornings, by which time the earth is cool again – a perfect equilibrium that only Mother Nature Herself could create.

All the best from
Puspa Devi
April 30th 2017
Tweet