This final month of winter to spring passed by with Vishwaguruji's arrival at the end of the month in mind. Many preparations were under way in the Shiv Bagh in terms of weeding and preparing the east to west channels in the centre part, into which we transplanted the marigold plants raised from seeds in the workshop garden.

By the end of the month, flowers of all kinds were blooming and the most stunning are the sunflowers and the hollyhocks, some of which have reached more than 10 feet in height. Tomatoes started to appear on our many tight-knit plants and the lettuce varieties peaked, with more than enough to feed our group of 100+ bhaktas who arrived from Khatu Ashram on the 26th. 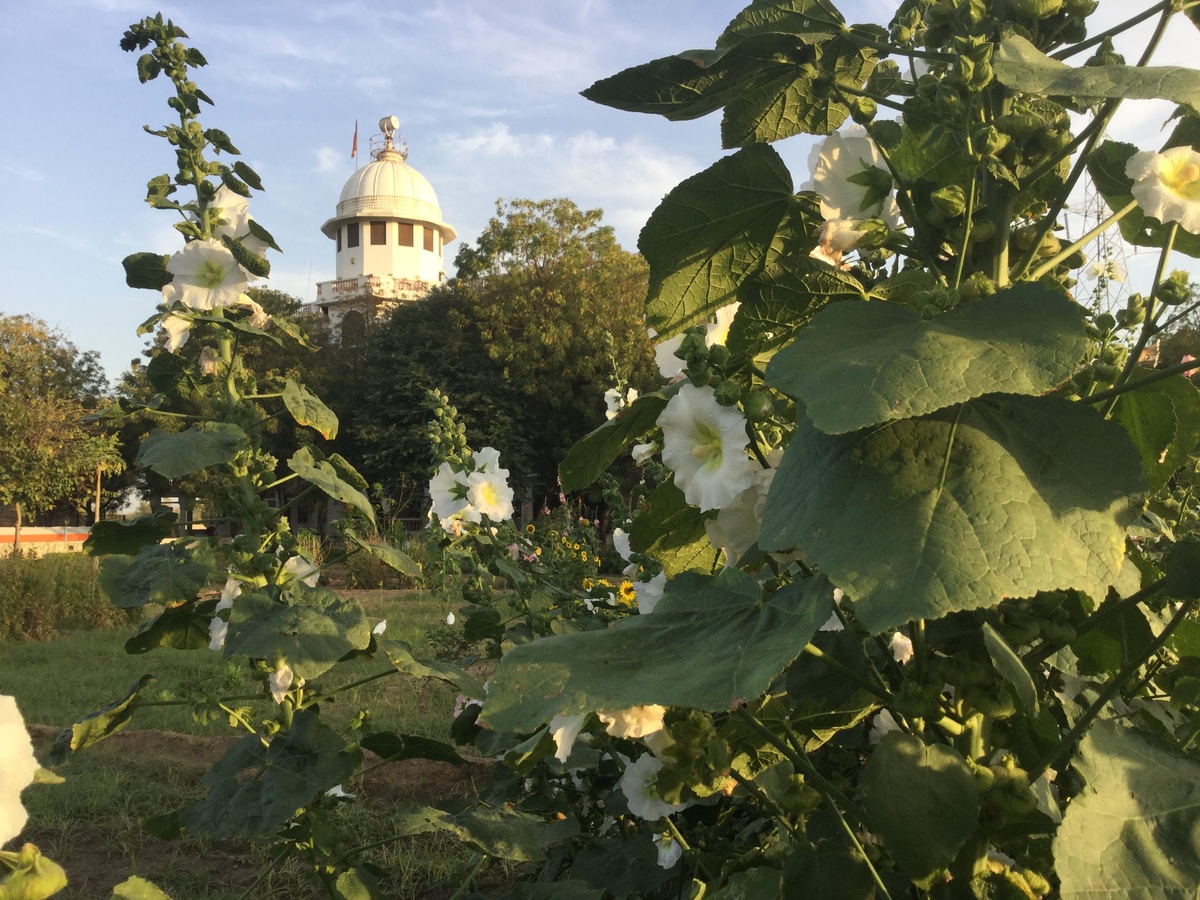 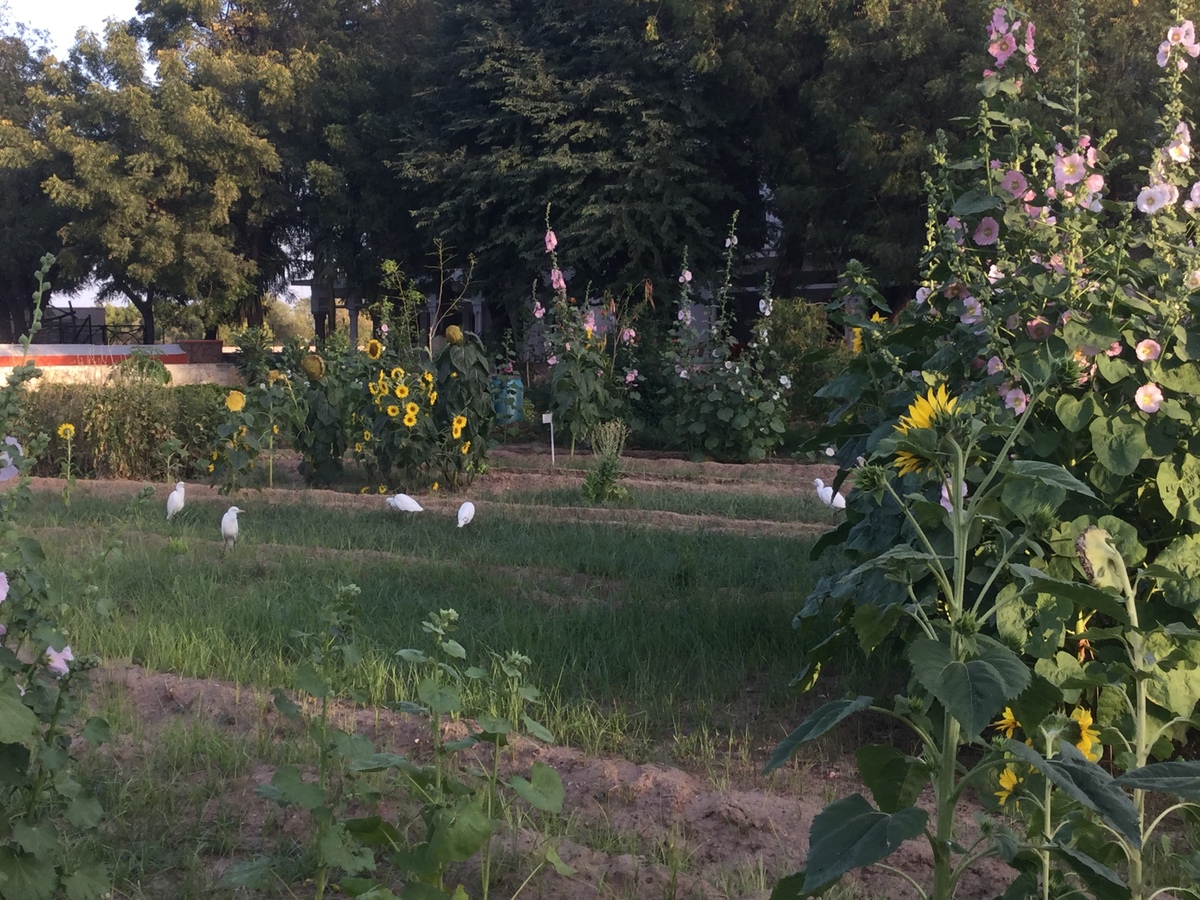 The winter garden was empty by the 28th, when the last 40kg of carrots were dug out, making a total harvest of 215 kg this month of this delicious and sweet root. The sweet potato field was cleared too and the palak (spinach) removed from the Shiv Bagh. There was an 8-day weeding session of our garlic plantation at the beginning of the month and we usually harvest this after Holi each year, which was on March 12th (Purnima/full moon) 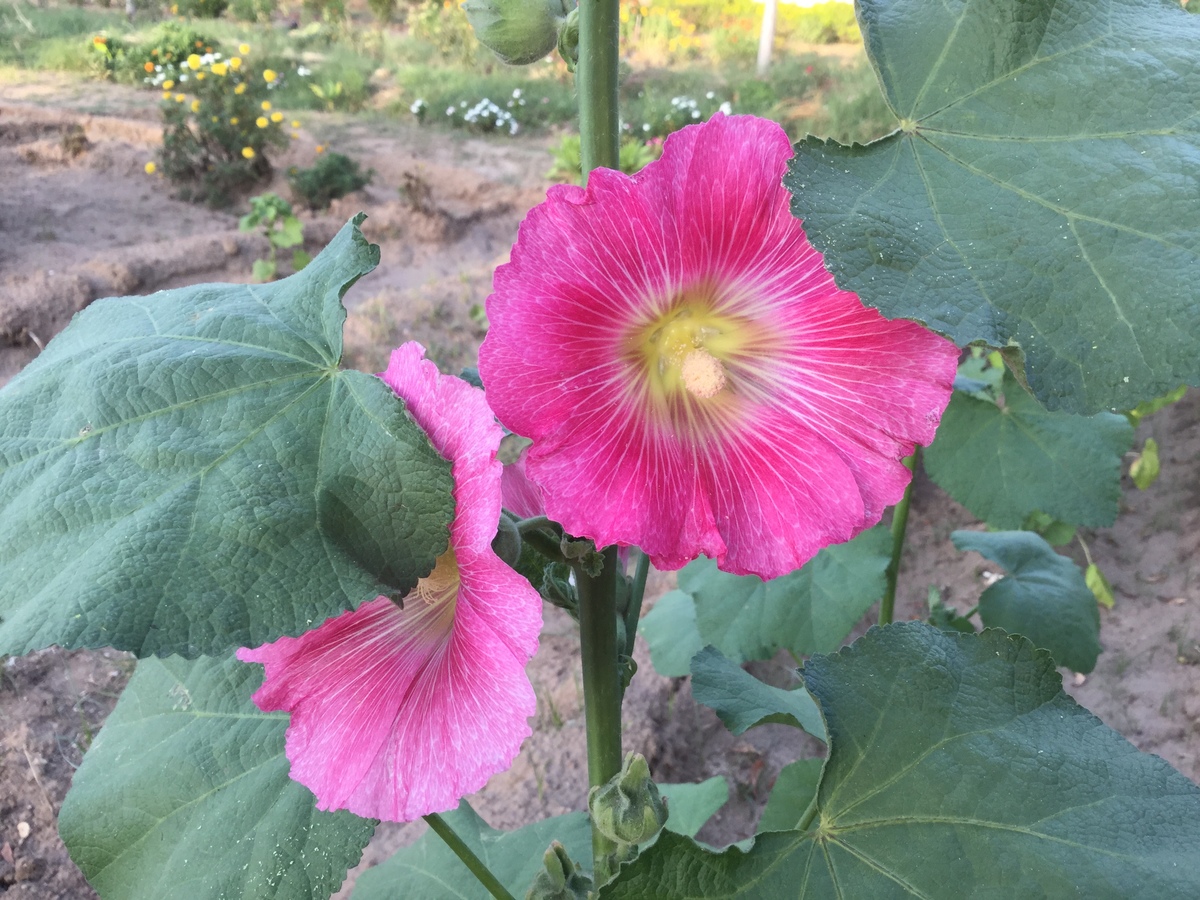 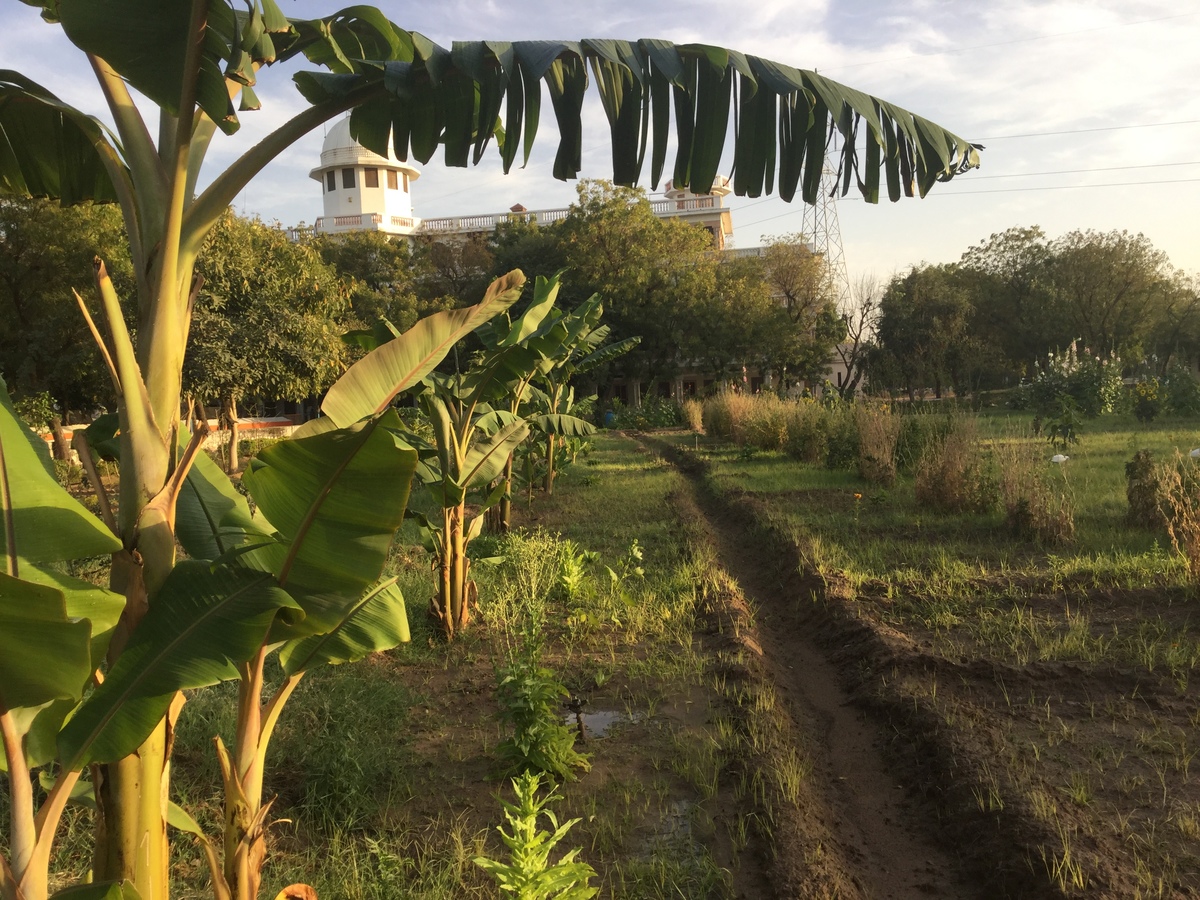 There were a few hot days this month – in just one week the temperature rose by 10 degrees and we really were not ready for that extremity. The corn behind the central office was harvested, and the third cut was done on the oat grass so that area will be fertilised and ploughed after the horses have cleaned it up, and we shall probably plant our summer cucumbers there. The horses also enjoyed eating the weeds in our root plantation. That area will get a rest now for a couple of years as we have had 3 consecutive seasons there. 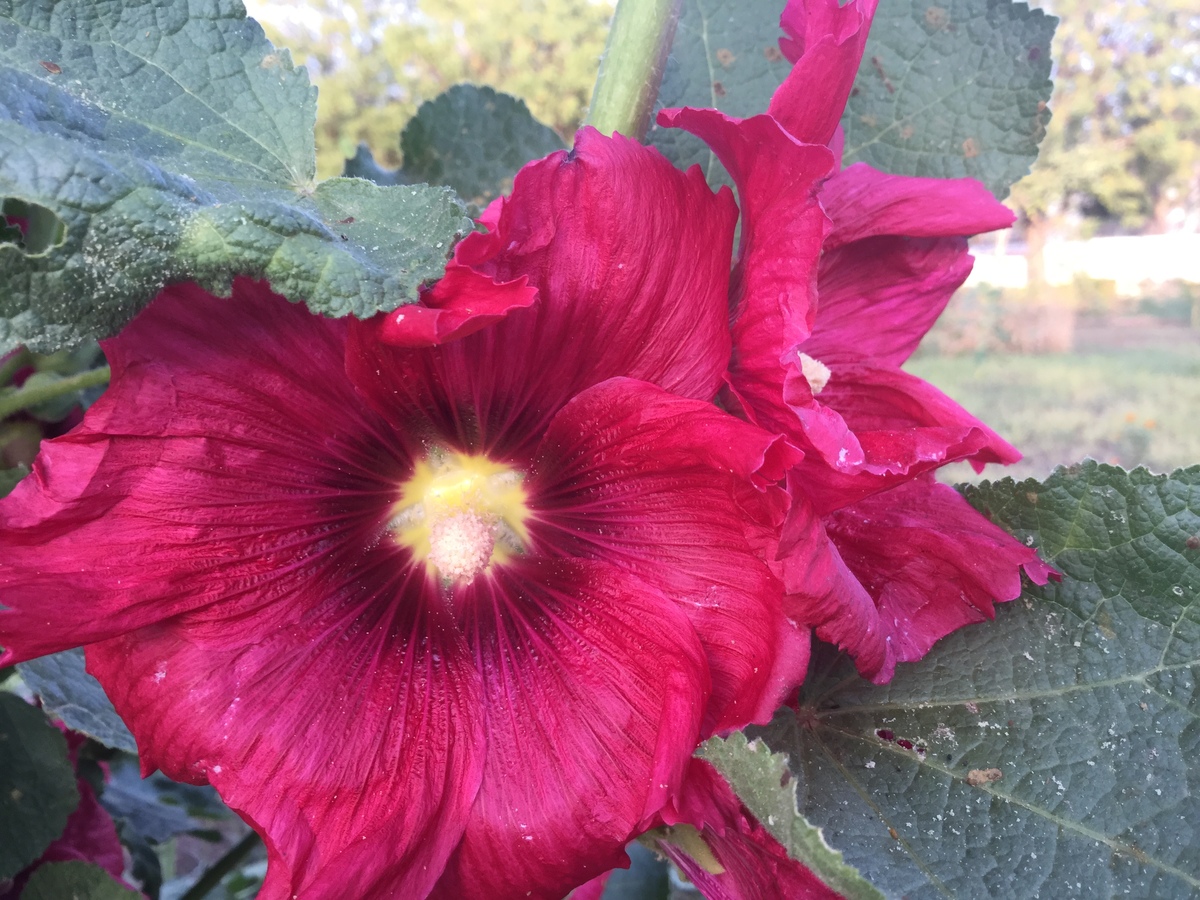 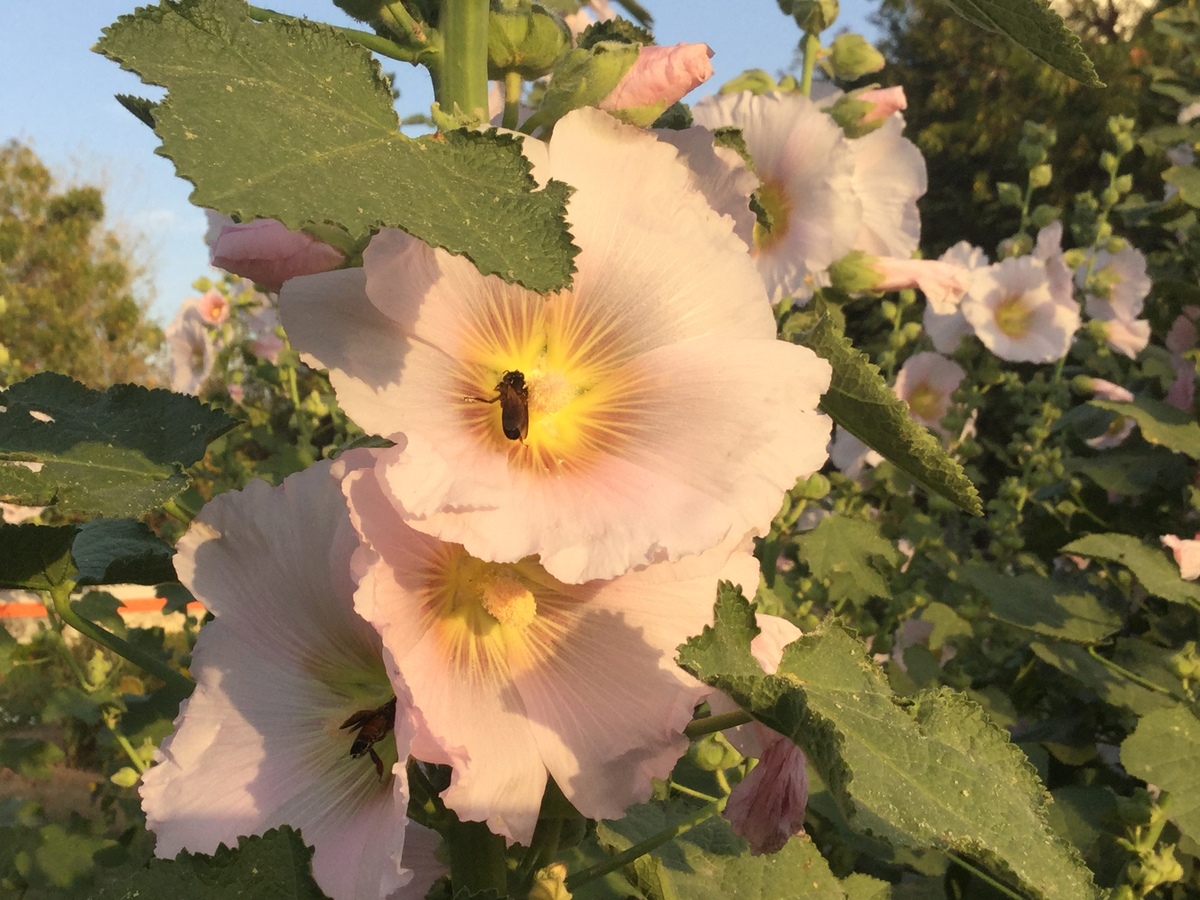 Usually by the end of February the tree litter really starts to pile up in the irrigation channels and blocks the flow of the water, so that will be a job for next month. It is mostly yellow neem leaves. A couple of guests from Salzburg did an excellent pruning job all along the west fence of the Shiv Bagh and a guest from Adelaide in Australia pruned all of the roses in this garden. It often happens that people with exactly the right skills come at exactly the right time!

Karma yoga for the group is weeding out the nutsedge for the most part, but we also got some help with digging a 42 metre irrigation channel for the marigold channels and some other central channels, which will have summer vegetables planted in them. So as the mola or little black flies that cover many plants during this season disappear, then one can be sure that the heat is not so far away and it is a good time to get many varieties of seeds into the ground. Cucumbers can be planted after Holi as they germinate better when the nights are already warm. 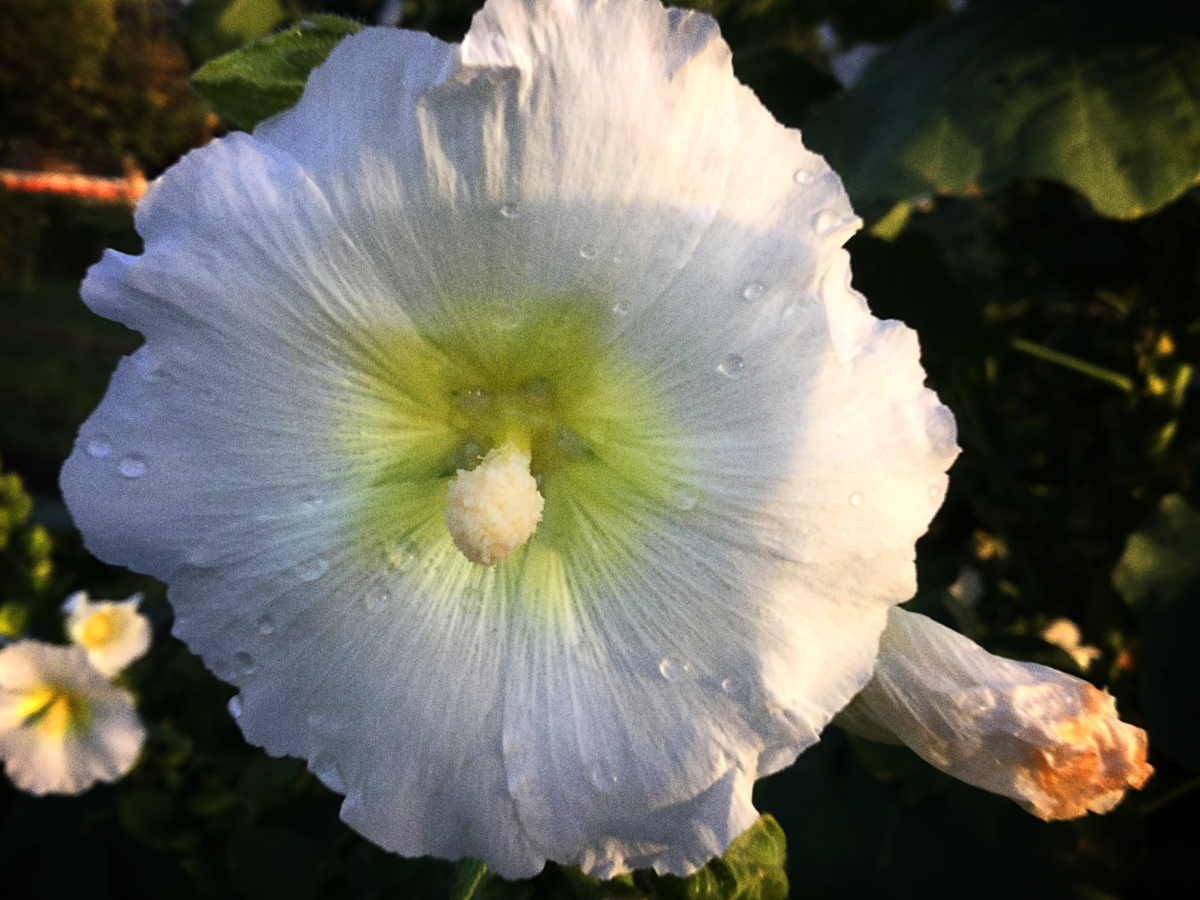 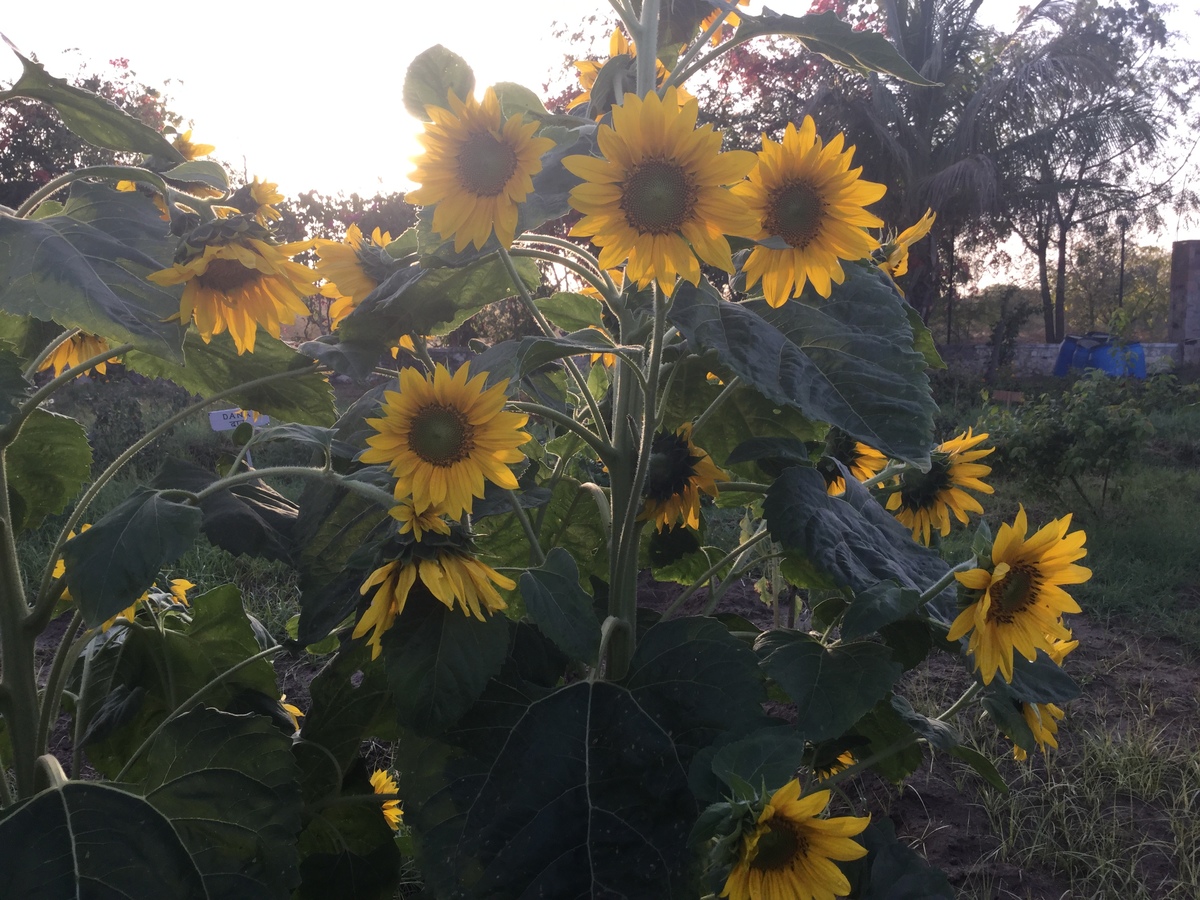 Some lauki seeds that were planted before the winter started to flower this month and so some large gourds were ready for Swamiji when he arrived.

There was a big stock up of the Organic Store too, in preparation for the group, and yet again I wish to thank the bhaktas for their enthusiastic responses and support. It has been a joy to serve you all and to interact and share knowledge about our native plants and herbs and tree species. So many people this time feel that Jadan has become a heaven on earth, and they really enjoyed walking through the Shiv Bagh; and the children had fun playing near the sprinklers; and everybody loved the storks (booglas) who always appear when we dig the soil and are not fearful of humans as other birds are, but stand close and snatch any insects that are dug up.

Next month we must plant many seeds and perhaps prepare some saplings for the new ashram near Bari Khatu. The climate will not be temperate for much longer and so then irrigation will start around sunrise and the sprinklers will not be turned on until 6pm and watering of all the gardens will become much more frequent. In March there is a 10 day holiday for the workers, and so early next month many projects need to be completed. It is also the time when we start drying herbs and flower petals as the humidity gets lower and lower – yes, again cracked heels and fingertips and chapped lips!

But for part of March Swamiji will be here and that is something so special because during this period there is such an intense beauty of Jadan nature and such seasonal and biorhythmic changes, and the bees are so active – in fact we have more hives hanging off the white house than ever before and they are so much enjoying all of the flower varieties.

Yours in spring fever