...and a comparsion between the semi-arid zone of Rajasthan, India and the native vegetation of Queensland, Australia.

It is the full moon time of July and Gurupurnima celebrations are underway in Jadan Ashram, and all around the world, to express gratitude and joy for our good fortune in what we have received in this lifetime and the opportunities that this Divine Relationship gives us. The drought however, continues unbroken – the pre-monsoon of June amounted to a mere four light rainfalls between the 12th and the 21st and the water level of the talab (reservoir) continues to fall. It was recorded at 1.44 metres on 30 June. 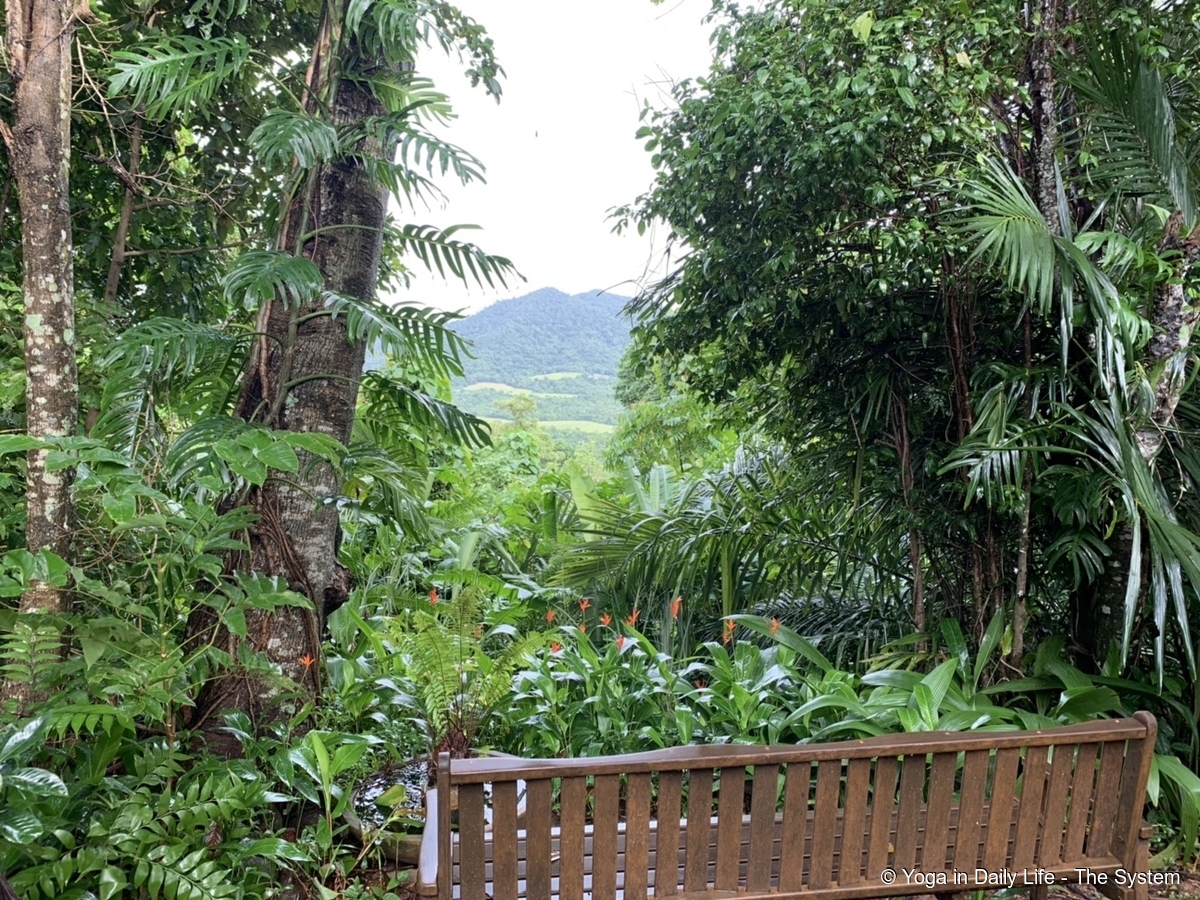 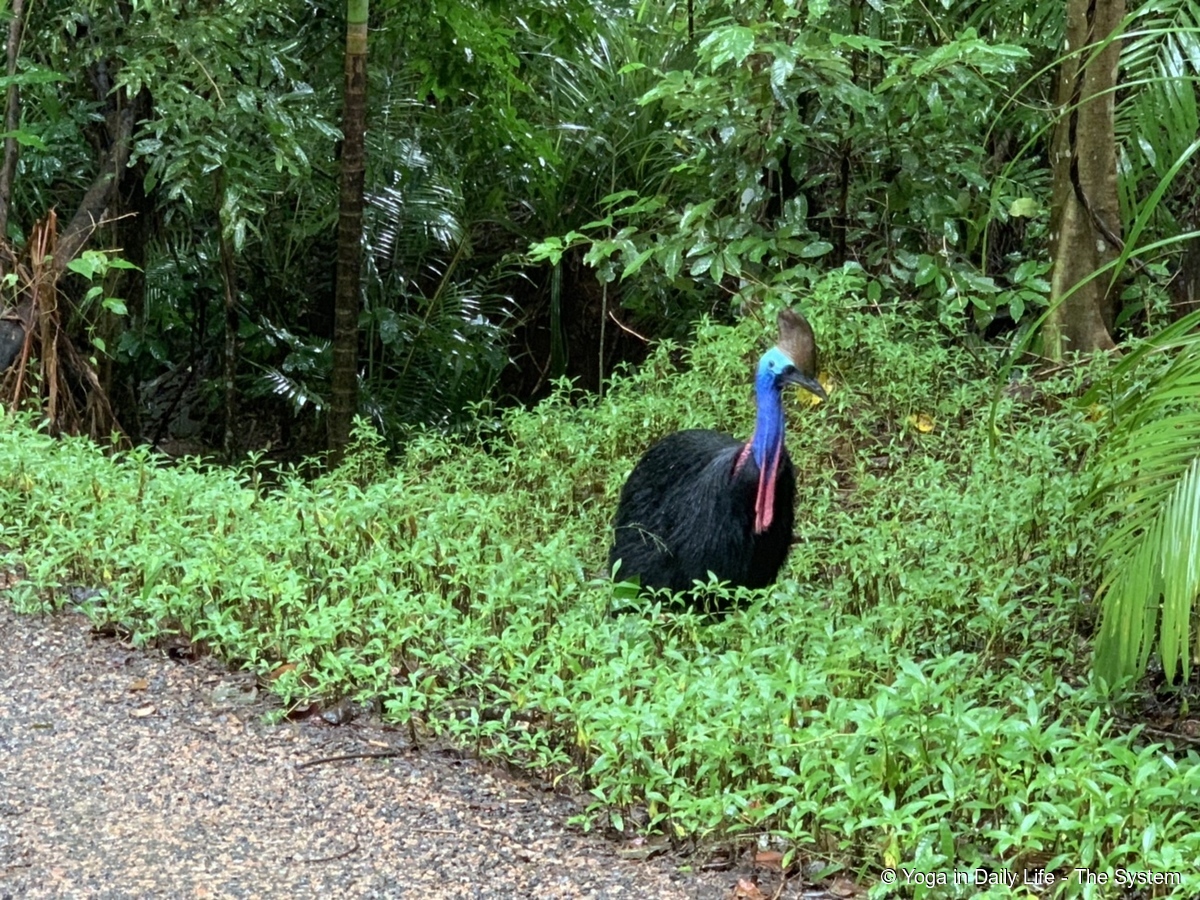 In June (and at the time of writing in early July) I was in Australia – a rare occurrence – and spent time in the thick rainforest of Northern Queensland, where the rain falls effortlessly for many months of the year, resulting in giant forests with trees that grow to a dinosaur-like enormity. I also spent time in the semi-tropical area of the state capital, Brisbane, where native trees and shrubs are used in many private and public gardens, because here too, drought has become an issue. These local varieties are mulched with wood chips and sometimes ornamental gravels, and they develop glossy and dark green leaves. During the Brisbane winter, some of the plants are dormant, but still many of them flower, and vegetables such as the varieties of lettuces and root vegetables that we grow during the Jadan winters, thrive in this climate, which averages at about 22 degrees Celsius during the day with lows of around 9 celsius at night. 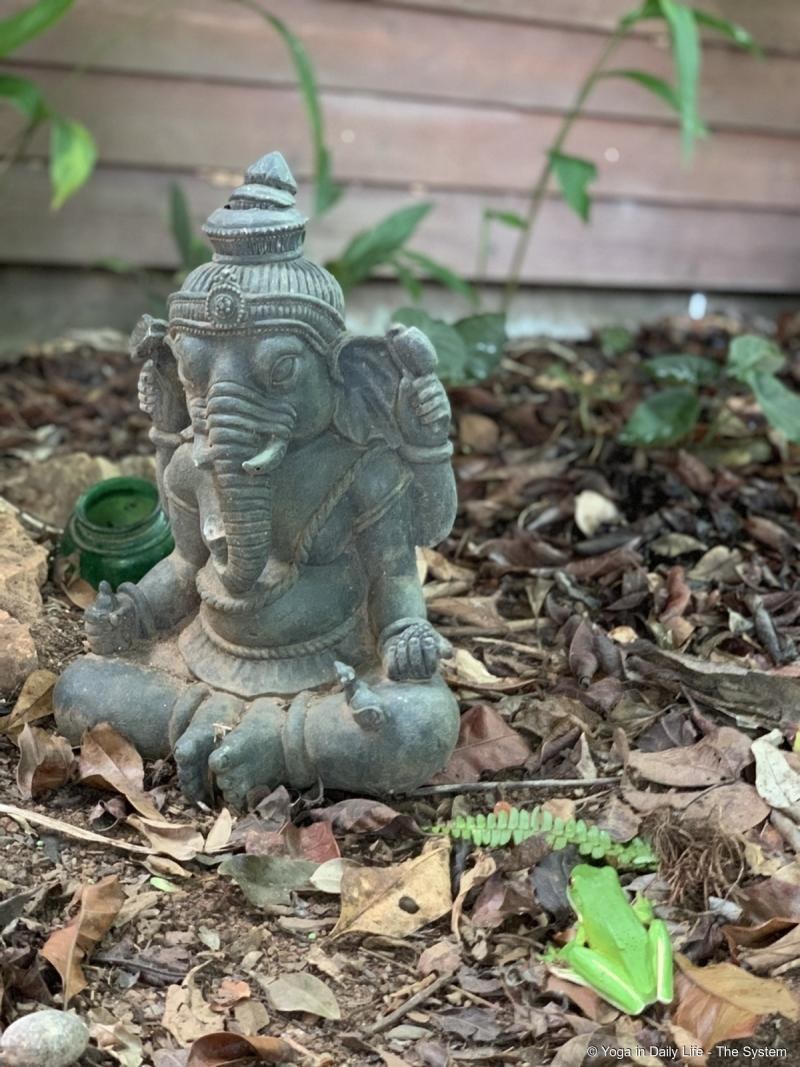 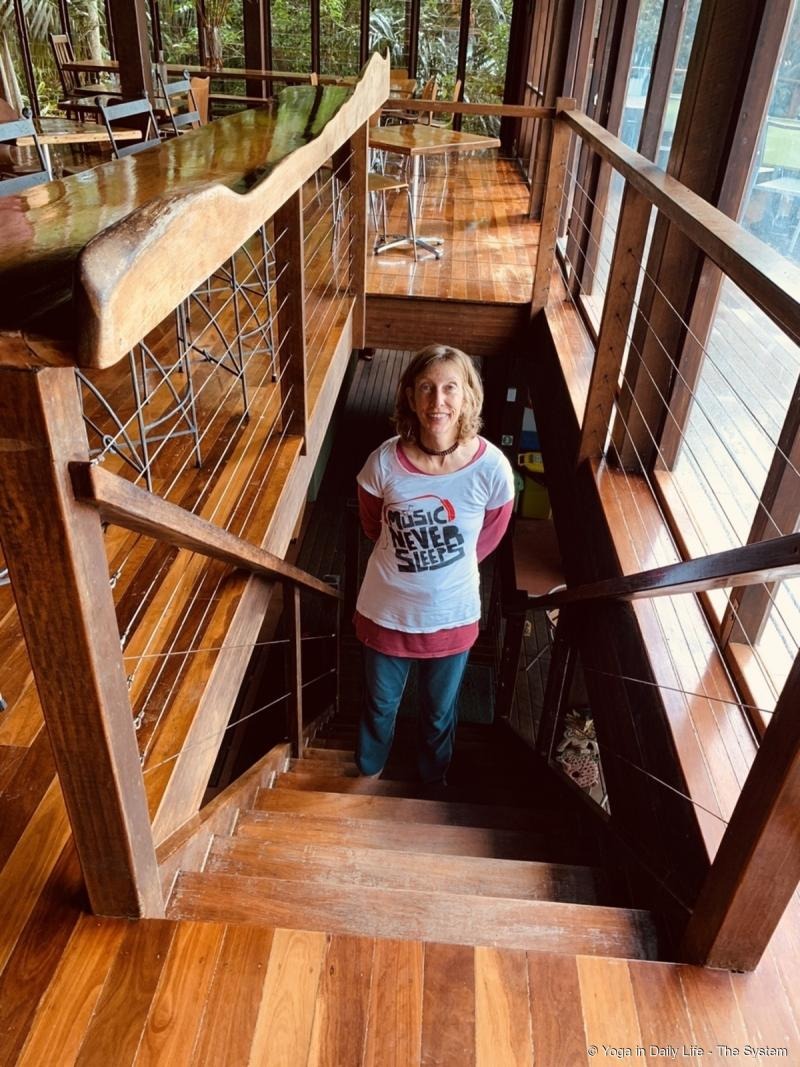 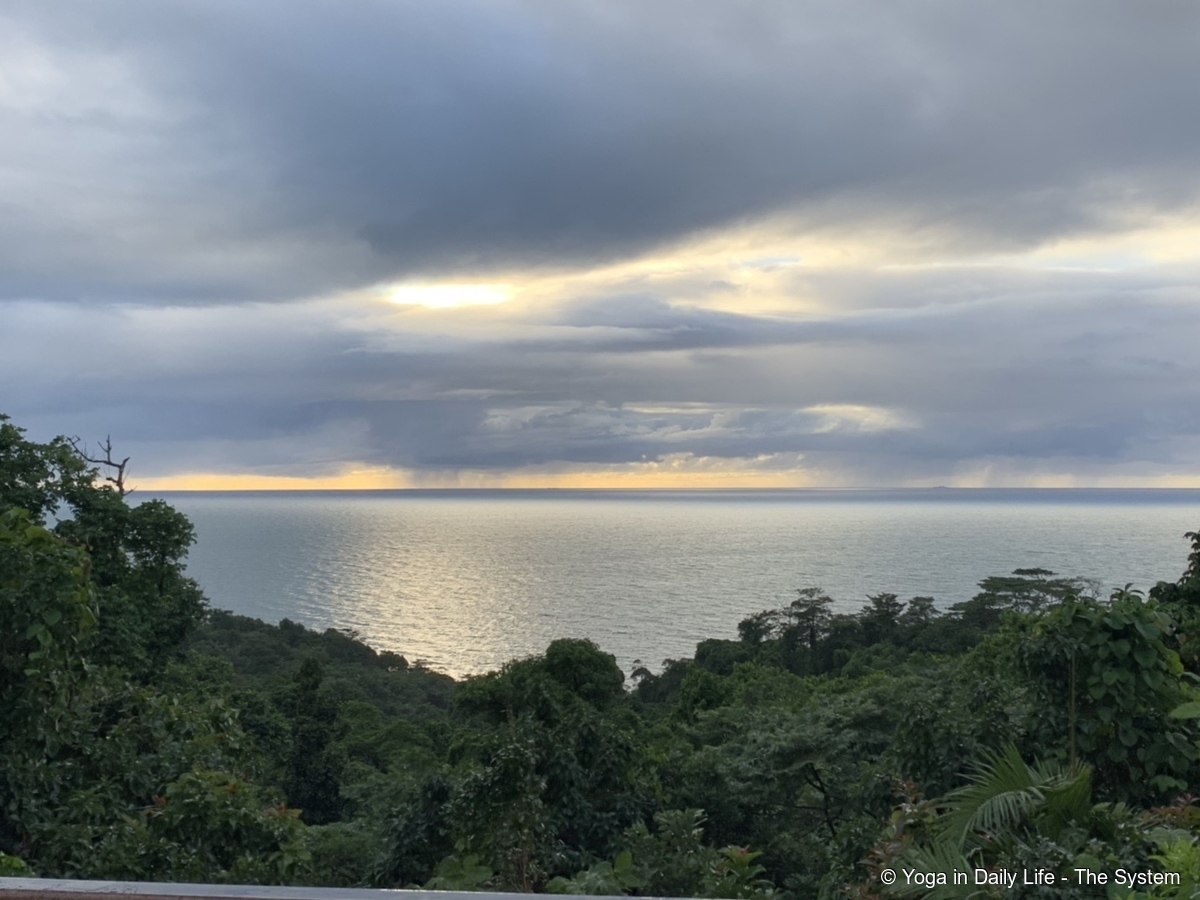 Locals enjoy the presence of wildlife in their gardens such as rainbow lorikeets (parrots), possums and even wallabies and bush turkeys, and there is a growing awareness of the need to protect them and to provide hanging seed trays for the birds and snacks for the possums, such as bananas! It is not uncommon for locals to adopt baby possums and learn how to raise them. Domestic cats and dogs have even been known to develop harmonious relations with them.

During a two-week visit to Sydney, the drought had been broken by a record period of rain and the gardens were thriving. My friend was growing blueberries, strawberries, and capsicums in her garden, with passion fruit vines climbing on one side. The area was enclosed by chicken-wire, otherwise, the possums and certain large lizards would destroy everything, or a visit from a bush turkey would result in vegetable and salad plants being dug out by the roots.

On a cool and rainy afternoon at a local nursery called 'Flower Power', we viewed the huge variety of flowering and ornamental plants that residents of Sydney enjoy having in their gardens. Almost everybody has some lavender and rosemary and small and colorful flowers such as pansies and violas. Cactuses are popular and some of the flowering varieties are stunning.

During an afternoon walk to a local lagoon, I found wild New Zealand spinach growing all along the bank of the water. It is called Warrigal Greens, and makes a delicious dish when cooked with potatoes.

As I write this, serious flooding has been occurring in Assam and Bihar in northern India, and Mumbai experienced some of the worst deluges in living memory in June, and yet the north-west of Rajasthan remains thirsty and waiting, and the monsoon is not forecast until the last week of July.

Climate change is being taken very seriously by many residents of Australia, but still mining and industrial plants are put before the environment. This week I shall meet up with the coordinator of the Brisbane Organic Growers Inc. – a non-profit organisation that encourages local residents to compost, recycle and keep their soils healthy. They organise guest speakers who are experts on pest control and other important issues for small family fruit and vegetable patches. There is a growing concern and need for fresh produce that is purely and ethically produced and many are learning how to grow their own food. This organisation has a library not just of books, but also of seeds – non-hybrid and heirloom – which are affordably priced and of high quality. For many years now, there has been a growing dissatisfaction with the quality of supermarket produce, which perfunctorily cold stores many items so that the claim of selling farm fresh produce becomes a joke, not to mention a misnomer. 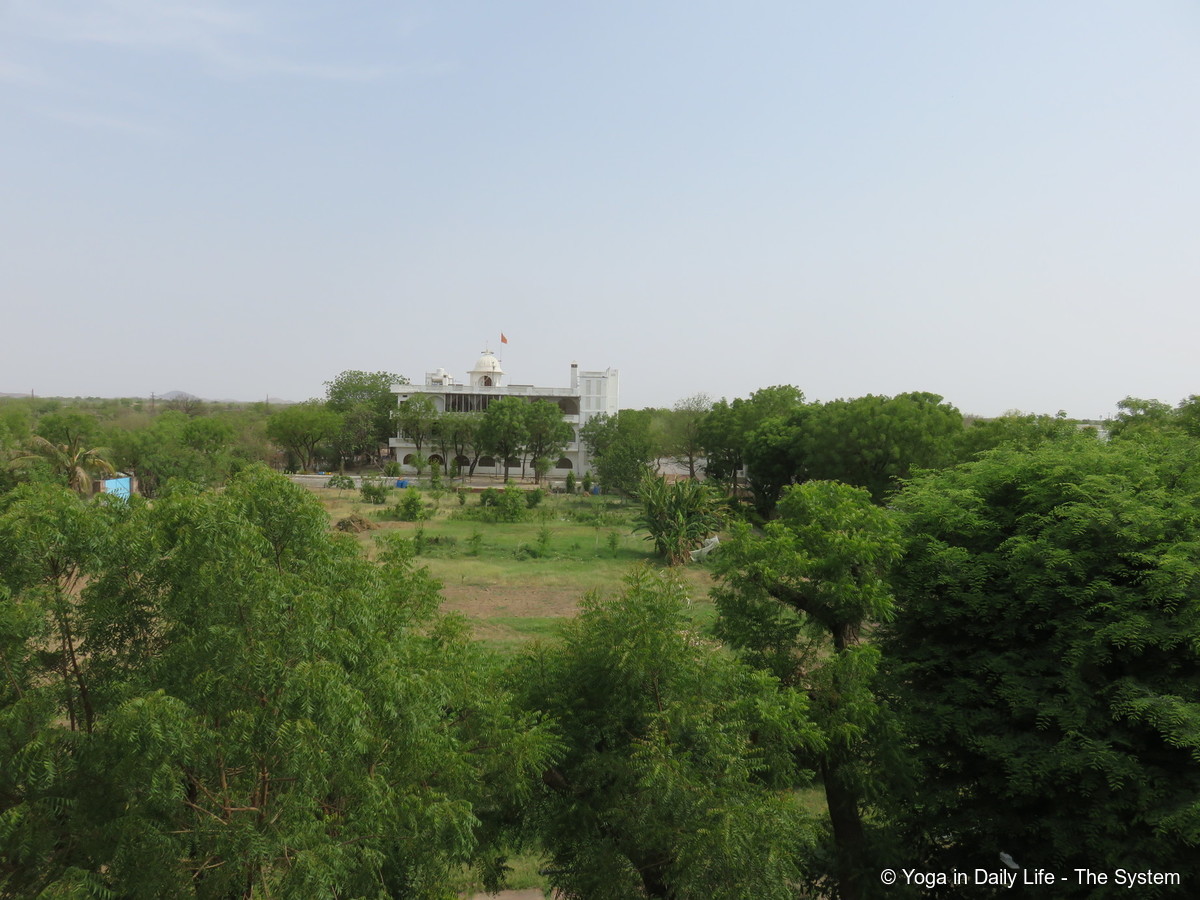 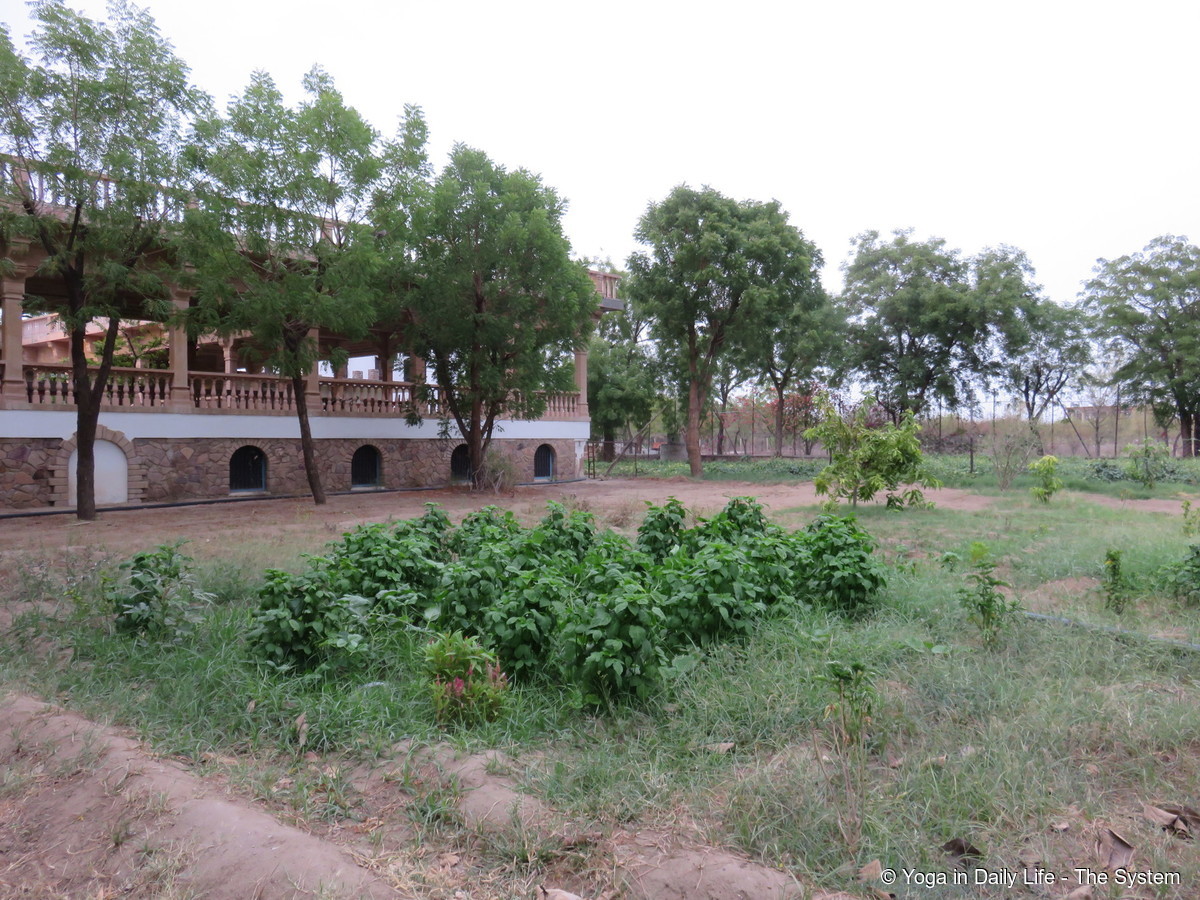 In the meantime, great efforts are being made in Jadan, that our ornamental areas are irrigated until the rains come, and our delightful calves Lakshmi and Leela are ploughing their way through the Shiv Bagh – enjoying every mouthful of sweet and succulent foliage.

Finally, I should mention the beautiful garden of the Brisbane Ashram, which contains a Shiva Temple with beautiful ornamental vines growing around it and a high wall behind, covered by flowering bougainvillaeas. There is a small vegetable enclosure, from where we bring salad rocket for our lunch time salads, and next to this are two huge mango trees, planted in 1999. It is an oasis of peace and beauty, with a lawn space for practising yoga during the warmer months and a seating area. I knew this suburb when it was mostly commercial and during the last two decades it has exploded into a high-end area, filled with espresso cafes, artisan bakeries and exclusive shops, not to mention luxury apartments – some high-rise and others condominium style.

All new buildings are furnished with some kind of green area – sometimes it is a roof top garden! During my walks to the Brisbane River, which flows barely 800m away, the sky and sun are blocked by new shiny buildings and the old factories and warehouses of the late nineties have disappeared. But the omnipresence of trees and shrubs is a truth that this beautiful city has not lost its capacity to maintain clean green spaces. In New Farm Park – just a suburb away – the council even provides free WiFi! 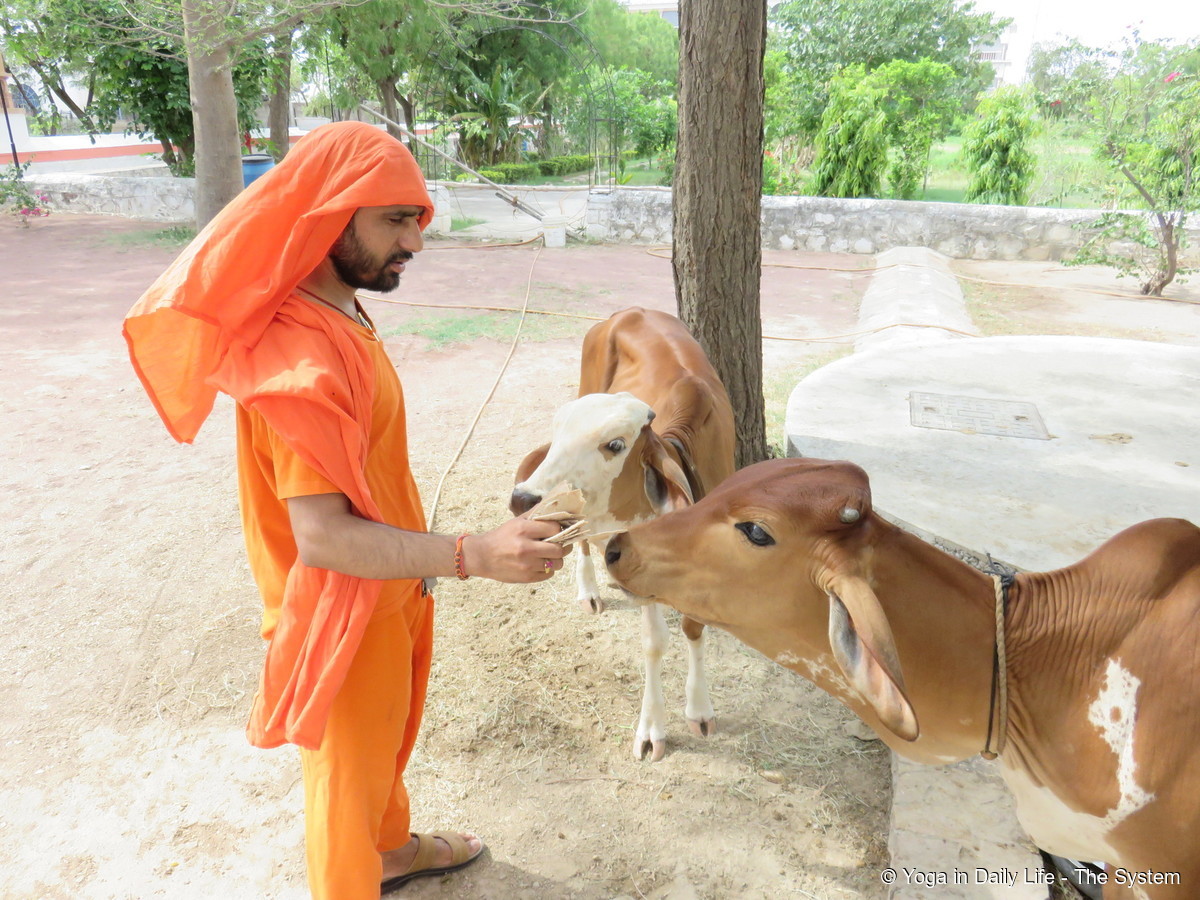 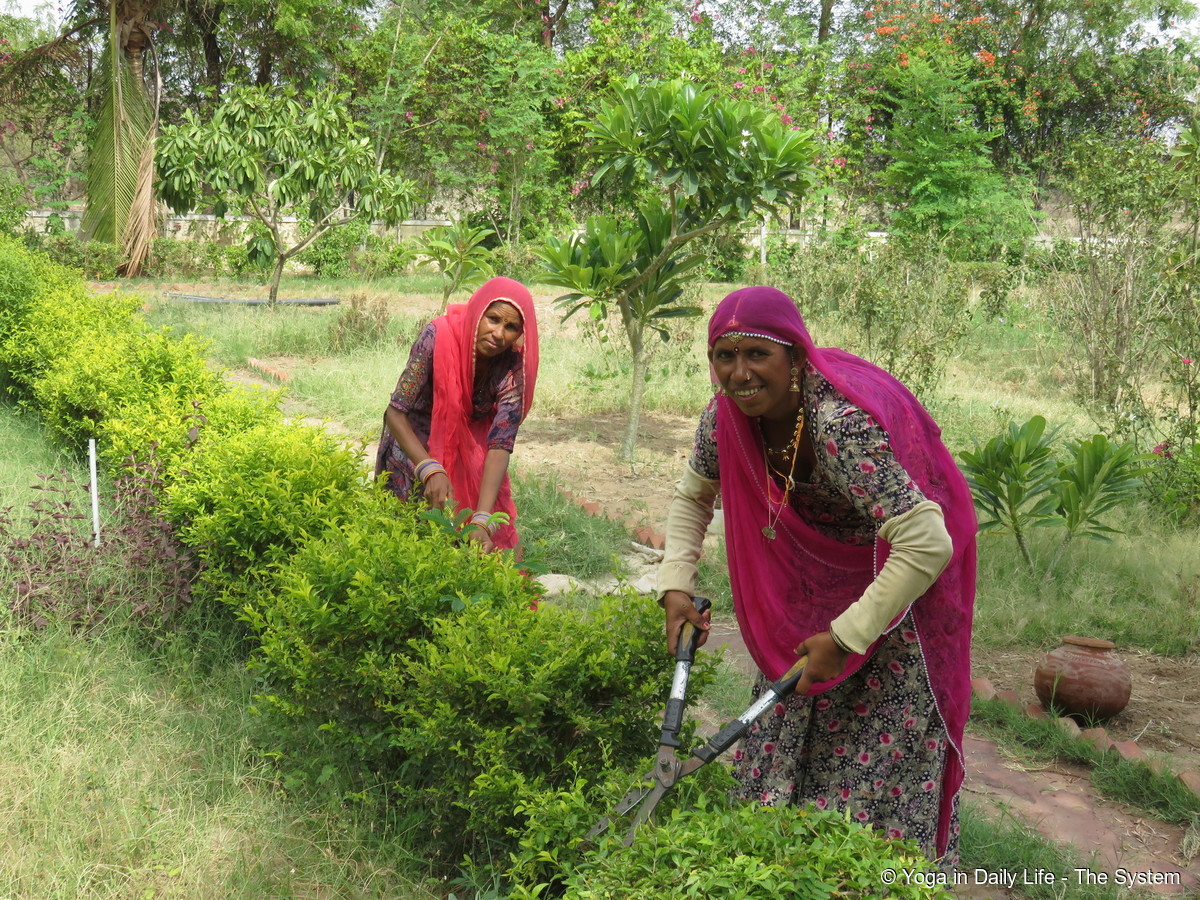 It is important to me to observe how humans and governments are living outside of the Holy Land of Mother India, and how they coexist with their concrete jungles. My lungs long for the first few breaths of the monsoon air of Jadan and the sight of ripe neem fruits. Soon the lemons will be ripening on our many trees, many shrubs will begin to flower and the dry cracked clay pan will soften under the force of the first heavy rains. It will be! This year the drought must surely break!