Overnight, Jadan Ashram has become an oasis of lakes.

The real monsoon this year arrived during the Indian Independence Day (Swatantrata Diwas) on August 15th. Clouds were looming on a cool morning and so all of our school moved into the assembly hall and the bhajan group began to sing “Juga Jugo Jivo” and then the rain began...

Shortly afterwards, Viswaguruiji gave his message via Skype on this divine occasion of his sun calendar birthday, plus the Raksha Bandhan festival and Guru Purnima (as it was Thursday and full moon), as well as being the national anniversary and celebration of Indian self-rule. Again after his video message, the rain became blindingly heavy and continued like this for two days, until 10am on the 17th, by which time the talab (reservoir) was not only full but overflowing into all of our fields and gardens and underground/basement areas of some of our buildings, including the hospital. Our Jadan yogi boys were busy carrying pumps here and there in order to save foundations. 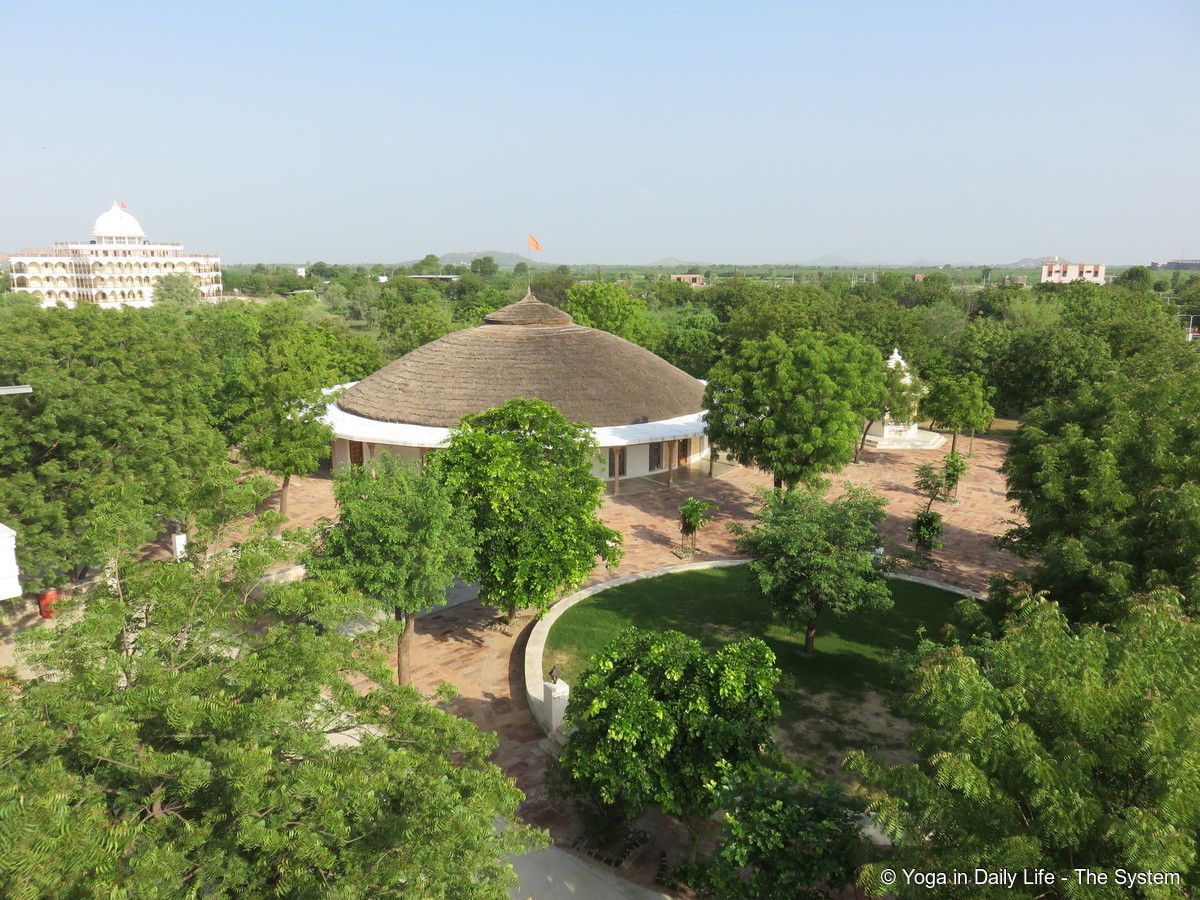 Locals, and I myself, do not remember such a rainfall since around 2002 when the ashram also flooded. And typically for this area – there was no rain again until 10 days later. The road to Pali was closed for a few days, so serious was the flooding. All of our CC roads had at least 2 feet of water flowing across them and the students enjoyed a long holiday!

For some days the workshop garden looked like a lake, though fortunately it had been ploughed on the 11th. It was ploughed again on the 23rd and many grass roots will need to be manually removed before the fruit trees from the Shiv Bagh are transplanted there.

The word 'August', at least in my native tongue, is an adjective meaning 'grandiose' or 'worthy of admiration', and that pretty much sums up this month in Jadan – everything is shining with prana and small red leaves have appeared on many trees and shrubs. The rose bushes are blooming again and rain lilies are gently moving in the breeze (“Beside the lake, beneath the trees, fluttering and dancing in the breeze” – Wordsworth). And the cream on top was on the 31st – the moon calendar birthday of His Holiness Hindu Dharma Samrat Paramhans Swami Madhavanandji, Holy Guruji.

This rainy month gave the chance to transplant small trees and flowering shrubs to neglected garden beds. Slowly – after 12 years of being an ornamental garden – the Shiv Bagh will undergo a transformation. Firstly the footpath needed to be removed and then the underground irrigation system, and new homes will be found for dozens of fruit and medicinal shrubs and trees. The heavy roots of the Bermuda grass variety and the ubiquitous nut sedge will need to be skillfully removed, using expert tractor work and manual labour, and then a new and improved Shiv Bagh will slowly emerge from the ashes. 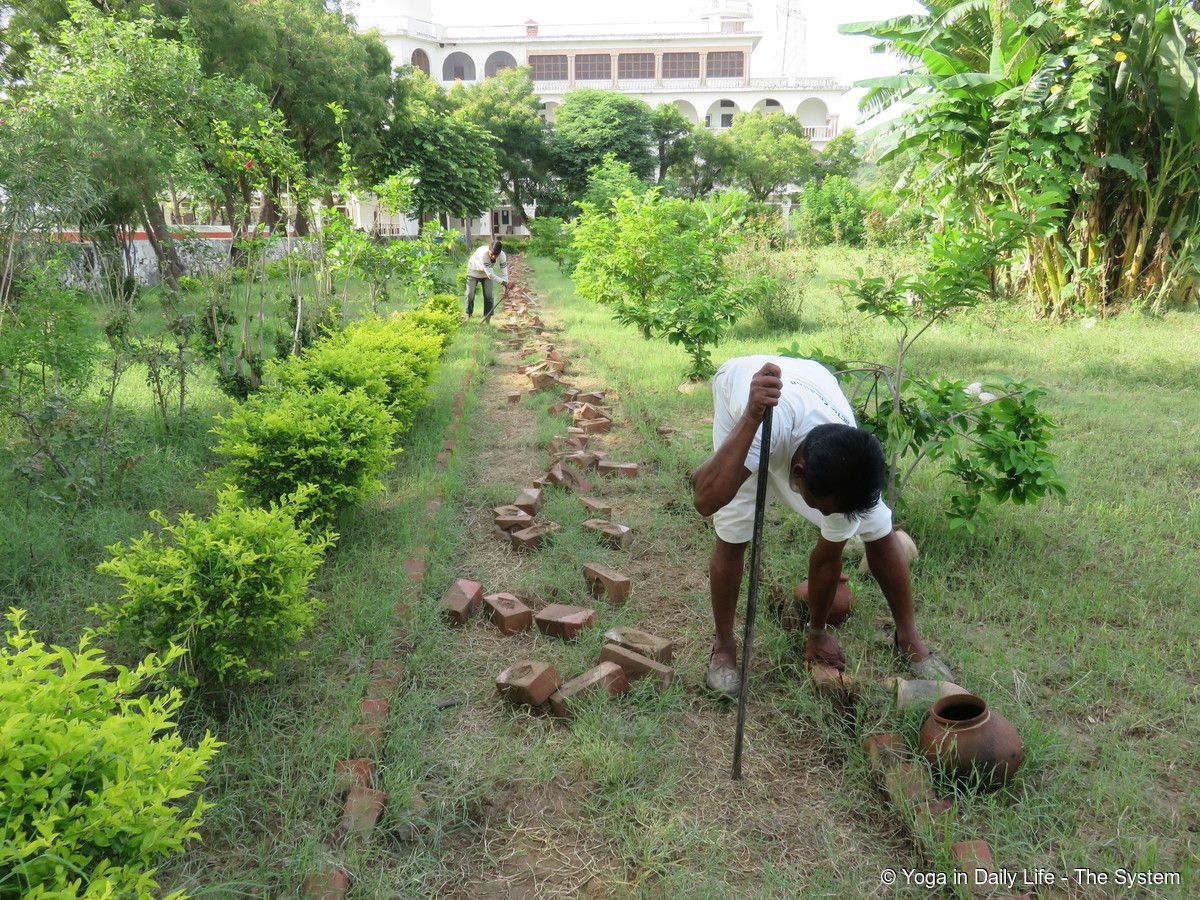 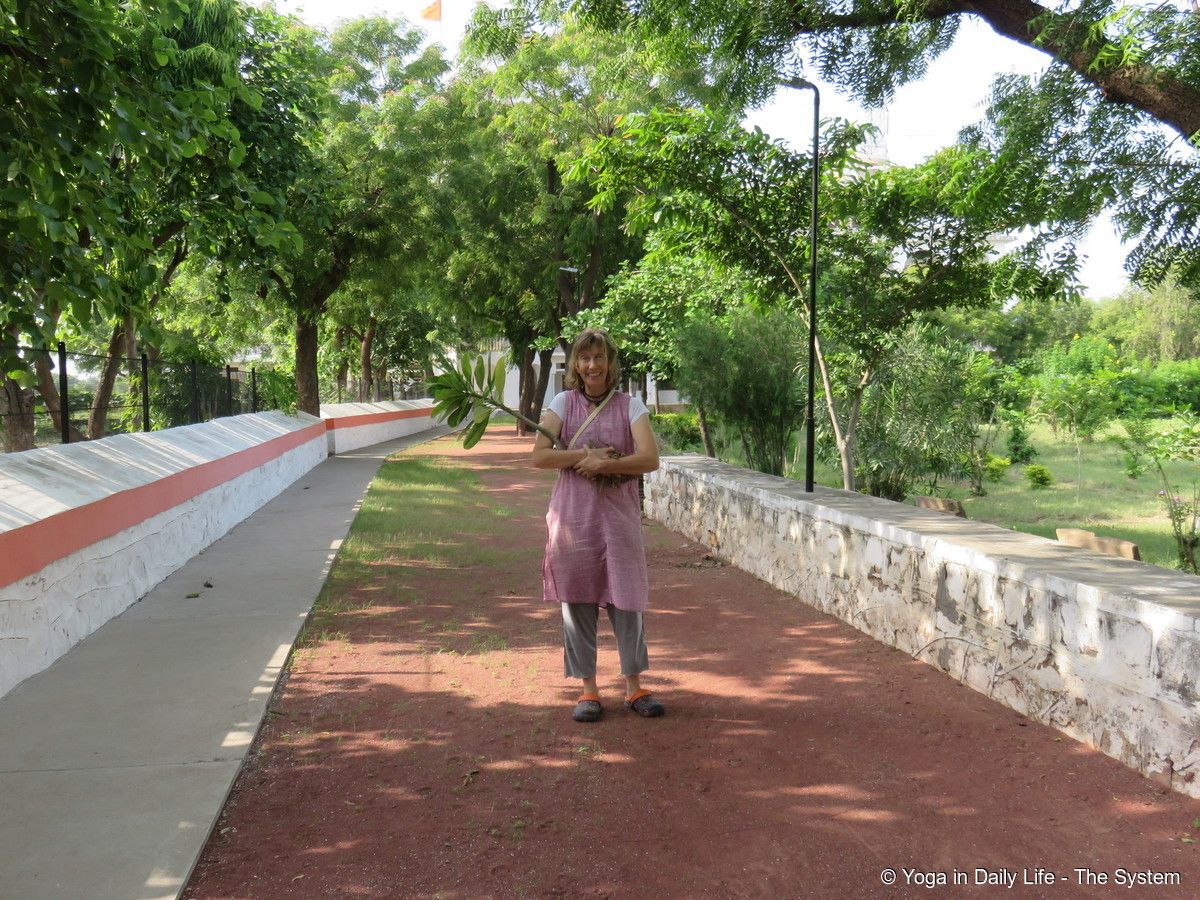 In the meantime, our cows enjoyed the long grasses there and ate them back during four half-day grazing sessions. Fortunately the summer lauki vines partially remained – to date they have produced 100kg of gourd. In the Big Garden, the monsoon vegetables were developing nicely, until they completely drowned after the historical downpour of the 15th to 17th. They had been planted in areas of the summer plantation, which is slightly lower lying than the rest of the plantation area, and so the field flooded and even the beautiful 1.5 metre high chilli plants perished.

In the rest of the area, the water is still moving slowly towards the talab – even after 15 days of hardly any rain – and the lemon trees are happy! I have for the last few days at sunrise been collecting a few yellow windfalls for our karma yogis. The season should start during the first week of September and continue until at least January. 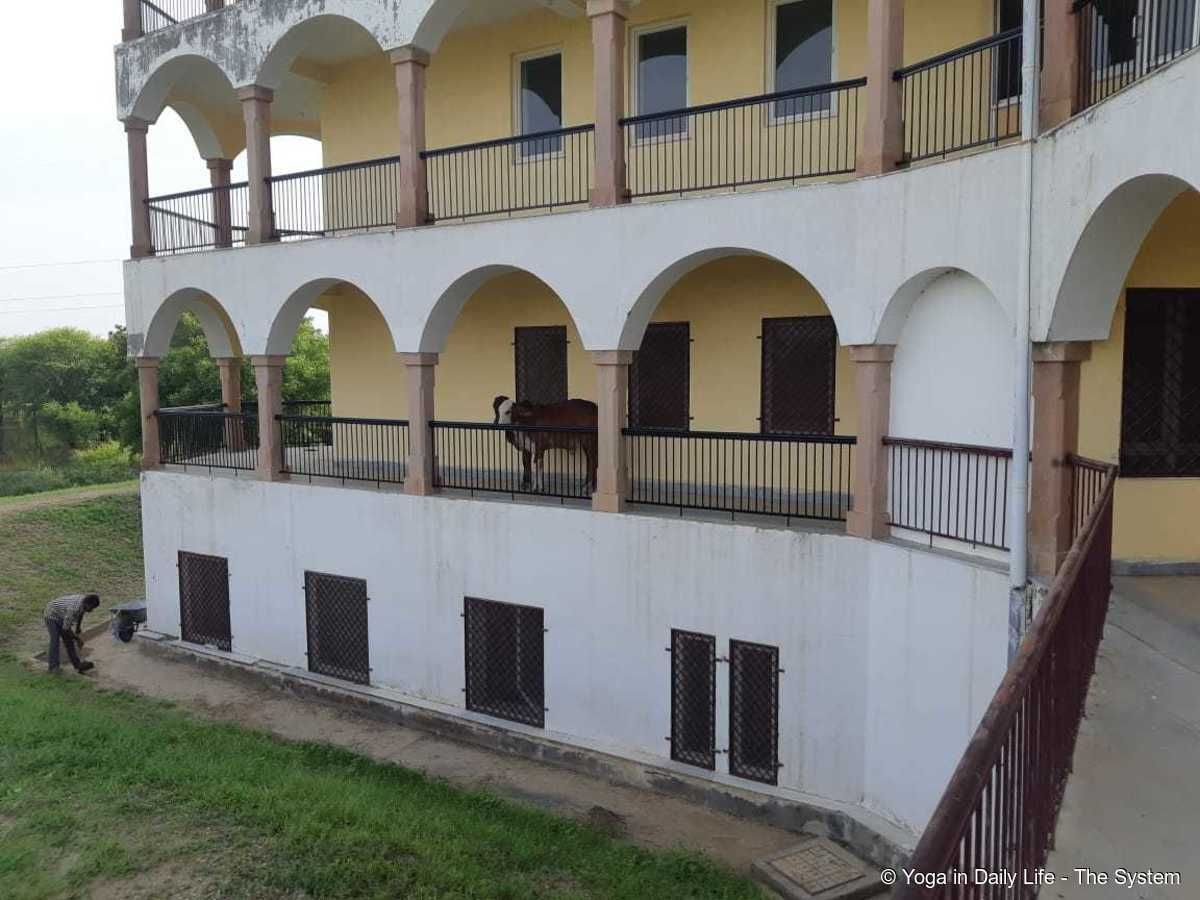 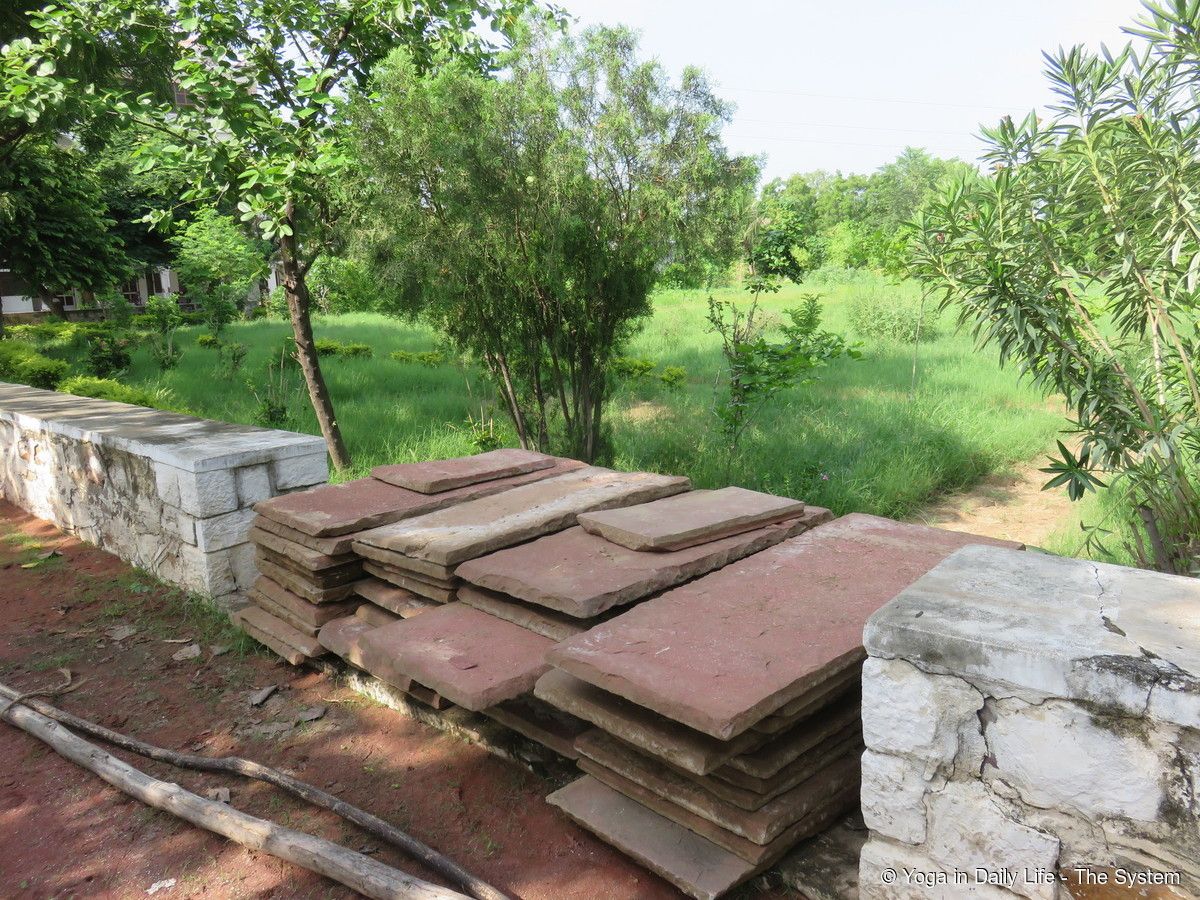 On the evening of the 29th we had a very heavy shower and the dark moon day of the 30th was overcast during mid afternoon and the sky blackened and there was a brief shower. Heavy storms were forecast until the 31st and rain forecast right through to September 17th.

On the last day of the month, there were storms around but the sky continually cleared and the rain moved elsewhere and one gets the feeling that, in this part of India, the 2019 monsoon is already weakening, although heavy rains and floods have been forecast for the first week of September in other parts of India.

The fence that divides the garden behind the central office and the workshop garden was removed on the 31st and all vines removed from it. The lauki in that area was weeded and dug over and cowpeas were harvested. There will be a waiting period of at least 2 weeks before more tractor work can be done in any of our cultivated areas. For this year the monsoon has done its work – in fact we have a 3-year supply of water in the talab. The Pali talab is also full but will drain out within a few months because it is poorly constructed. 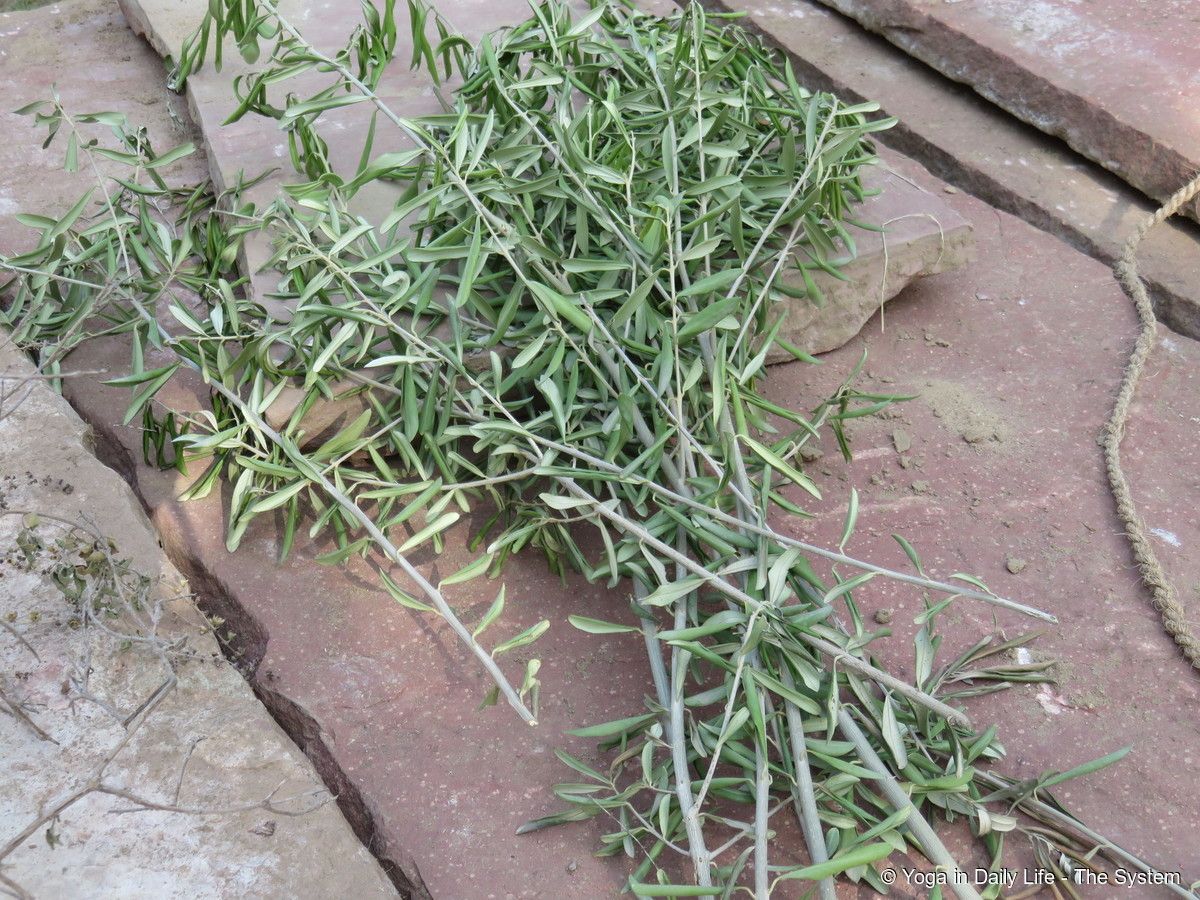 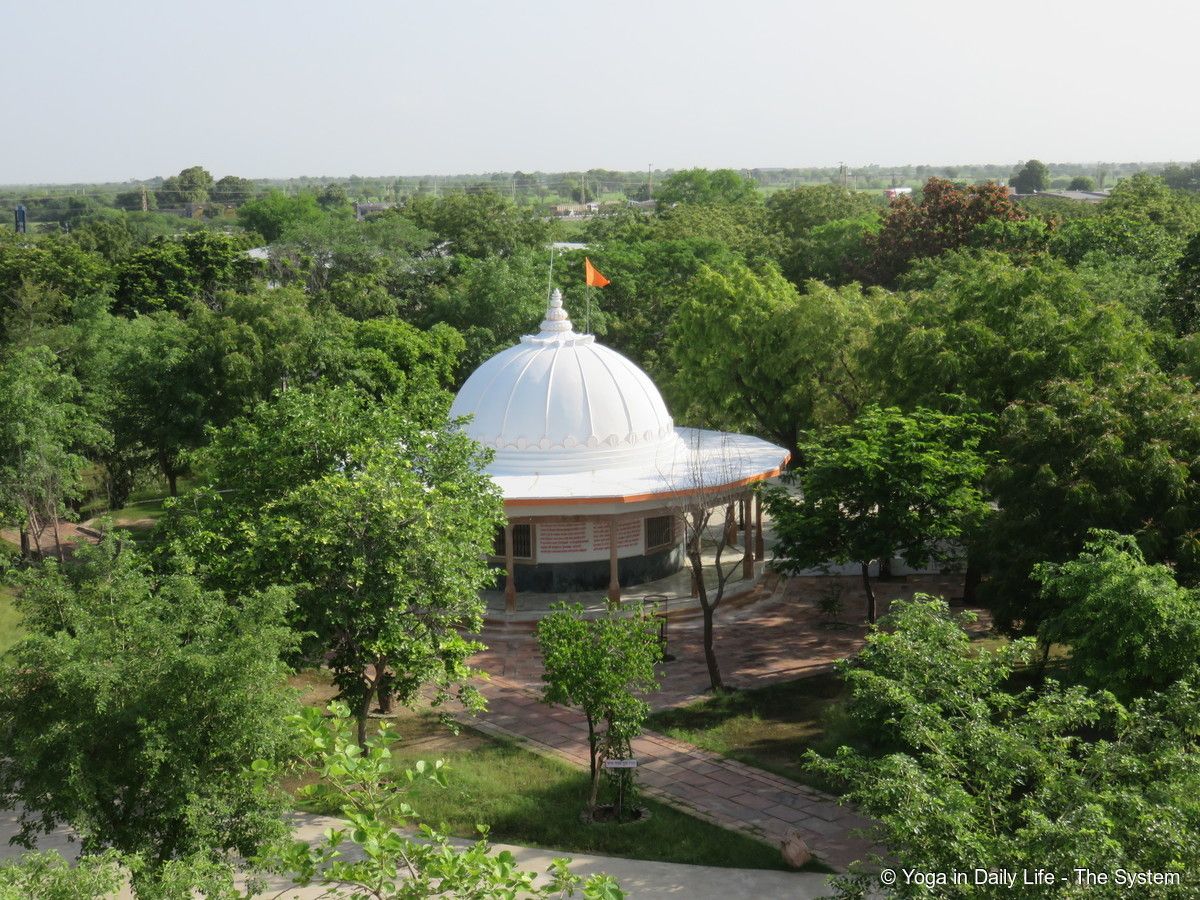 Today at 4pm it is again raining but the luxury of torrential rain is probably now behind us for another year. Now it is coming in fits and starts, which means that one rarely feels cool and when the wind stops, one feels suffocated by the humidity.

Today we celebrated the birthday of our dear Swami Premanandji and tomorrow we shall celebrate Lord Ganeshji’s. September will bring Gurudev here again and a small group after the Himalayan Pilgrimage and drier weather for making neem powder and other medicines.

Much Love
From Amrit-Saturated Jadan