Most of October is pretty hot in this semi-arid area of Rajasthan – temperatures can reach up to 40 C degrees, so the winter planting season is not possible until the last week in the month, with the exception of the Brassica family and radishes like daikon (mooli) which we planted on the 12th along with pak choy, roquette and endive, and European sunflower seed.

This month until Deewali on the 19th, the temperature sat on 40 and was not lower than 38.5 Celsius - and on most days it felt much hotter. Swamiji told me that the heat and humidity of this Sharad (autumn) month is required so that the seed pods of the monsoon crop develop and then dry properly before harvesting. Well – I certainly also started to dry out this month and felt that I could burst open, and I hope that something good can be harvested from this intense process!

It was time at the beginning of the month to plough and clear areas of monsoon weeds and wild cucumbers and vines, and to prepare for the cultivation of Raabi season crops such as wheat, barley and mustard. This year the area between the Bhakti Sagar and the hospital will be cultivated with these crops,

This month many of our workers were in their own fields and homes harvesting their raabi crops – sesame, moong and baajri (millet). This is the best time of year to purchase cold pressed sesame oil, which we stock in the organic store, as well as white sesame seeds. 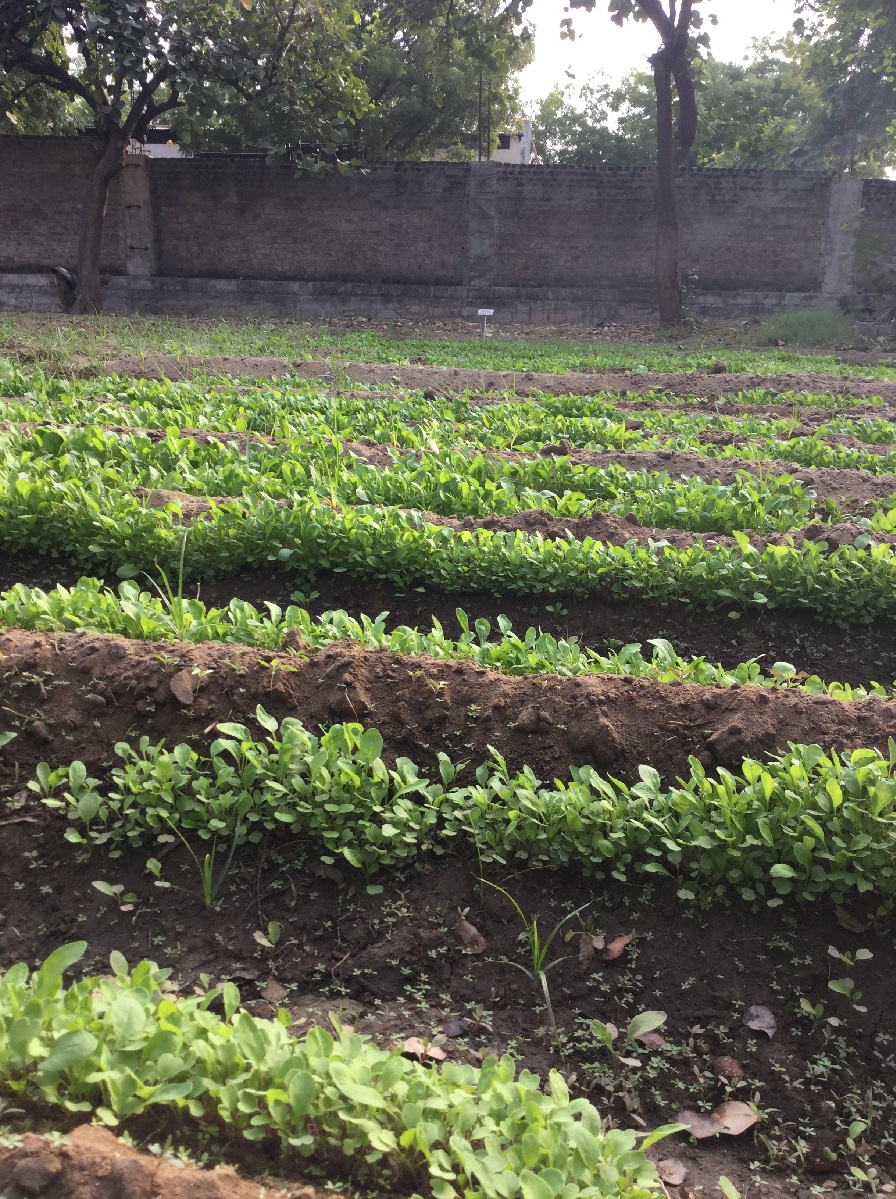 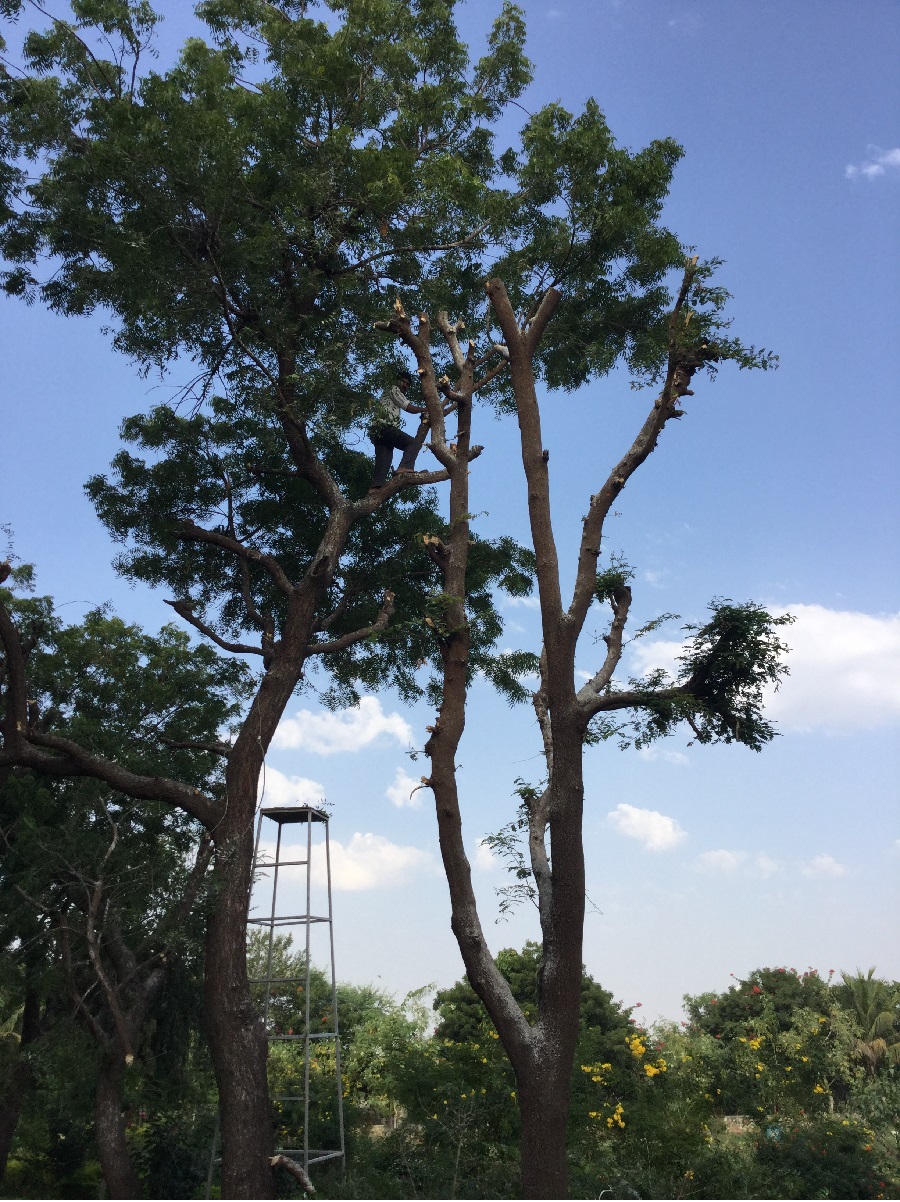 17 day growth of roquette from seed. About 50 neem trees around our residential buildings have been pruned to date.

The monsoon vegetable garden was irrigated six times this month, due to the hot climate and though the toru and kakdi finished by Deewali, we continued to harvest lauki (90kg harvested this month), bhindi and pumpkin from the area, and also an interesting variety of deshi guar that the locals call mindia guar. In the meantime, the neighbouring field which was cultivated with garlic and rajka last year, was prepared for carrots and beetroots, as well as turnips and mangold (on the borders), palak (spinach) and coriander. I plan to grow a lot of beetroot this year because all of the ashrams love it and it is just so incredibly healthy, not to mention delicious. We sometimes make sabji from the leaves too and the horses love them.

The group arrived with Swamiji on the 12th – exactly one week after Sharada Purnima which fell on a Thursday this year – and during that morning we were planting and then irrigating our first winter plantation. A second area behind the central office and cool room has been prepared for tomatoes, lettuce varieties and spring onions; and pak choy will be planted on all of the borders. On the 14th, the western side of our Shiv Bagh garden, which has been fallow since March, was ploughed, and by Deewali the grass has been cleaned out of it. We shall not prepare beds there, but will broadcast fenugreek (methi) there. The pumpkins in the northern part of this garden produced gourds until the end of the month; and later we may plant some basil and parsley here. It has been under sprinkler irrigation since the beginning of the monsoon, except of course during the rains, and the pumpkin vines continued to flower and to produce gourds throughout the month.

From the 13th, the line of trees in the southern part of the Shiv Bagh were heavily pruned by some local men and this will allow more sunlight into the southern part of the garden during the cooler winter months, and may also minimize the white fungus that usually appears on the Chinese Hibiscus this time of the year. They then continued the heavy pruning behind Guruji’s building and along the pathway that connects our residential buildings.

From the 13th to the 15th, the garden ladies cleaned the dried and ploughed monsoon grasses from the 2016/17 garlic and lucerne plantation and after Deewali when the area has been properly repaired, we shall sow root vegetables there, and maybe some ajwain, the leaves of which are delicious in salad mixes. During the first planting, powdered gobar is usually thrown on to the beds once they have been flooded, and this gives the seeds the nutrition and warmth that they require for the cool nights and mornings to come.

The Deewali holiday started on the 18th for our workers and they returned on the 24th. This is a rare chance for those of us that depend on local help to do double shifts! It is also the dark moon period and the end of the spiritual old year and beginning of a fresh chapter and renunciation of old and negative habits and enmities. This festival is the celebration of the triumph of the inner light over spiritual darkness.

On the 24th, more than 130kg of produce was harvested, and more lemons were graded and sent off to the market. On the 25th, our carrot and beetroot area was completed and we planted in four lines (an area of 500 square metres) turnips, mangold, coriander and Indian spinach, along with the aforementioned root vegetables. The area had been so well prepared that it took only 90 minutes to flood irrigate it.

On the 28th, the fenugreek seeds were broadcast in the west border of the old Shiv Bagh lawn area, which was ploughed and then nicely cleaned of grass roots and this will be under sprinkler irrigation. On this day most of the remaining pumpkin in our cool room – around 200kg – was cooked with potato into a spicy sabji which was then served to hundreds of bhaktas who came to be part of Holy Guruji’s Mahasamadhi anniversary (27th-28th) and still we are harvesting it, although it has slowed down somewhat. 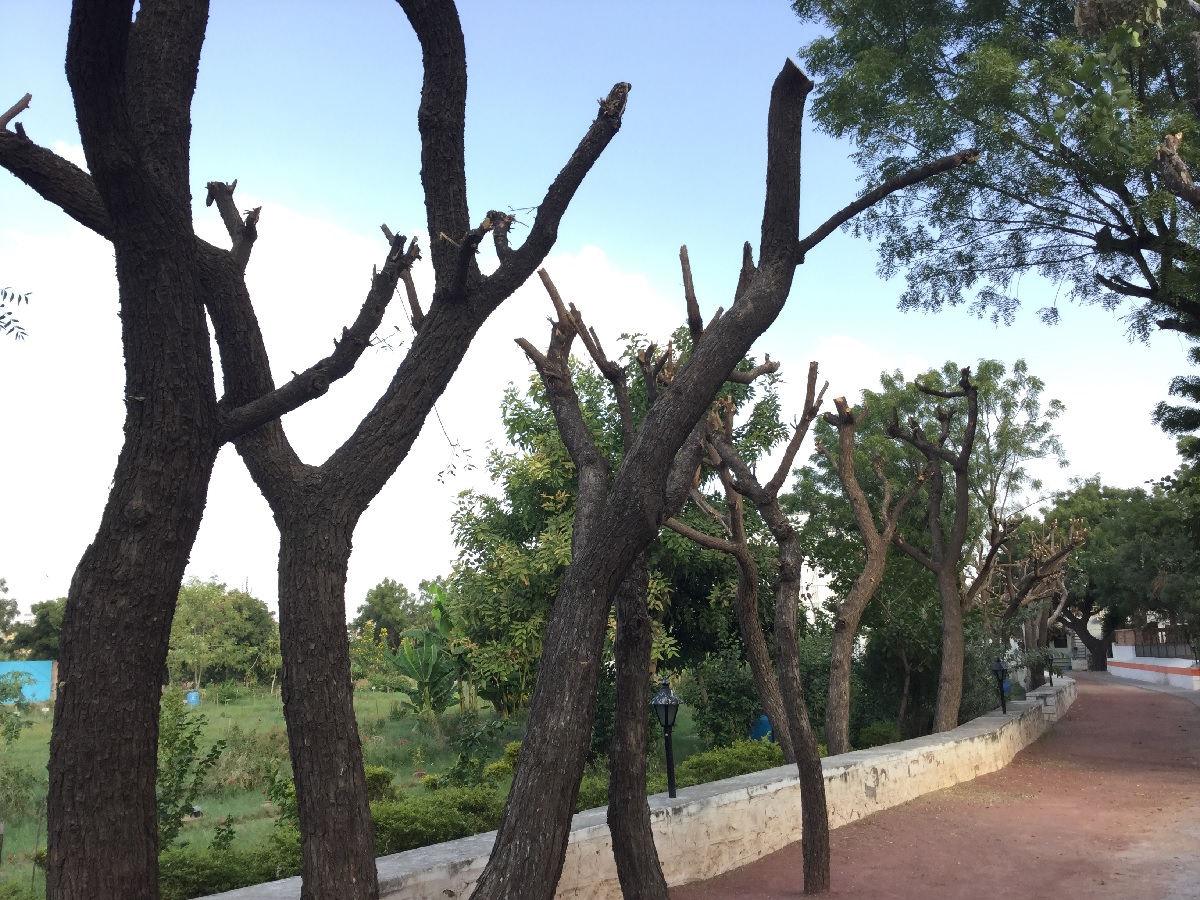 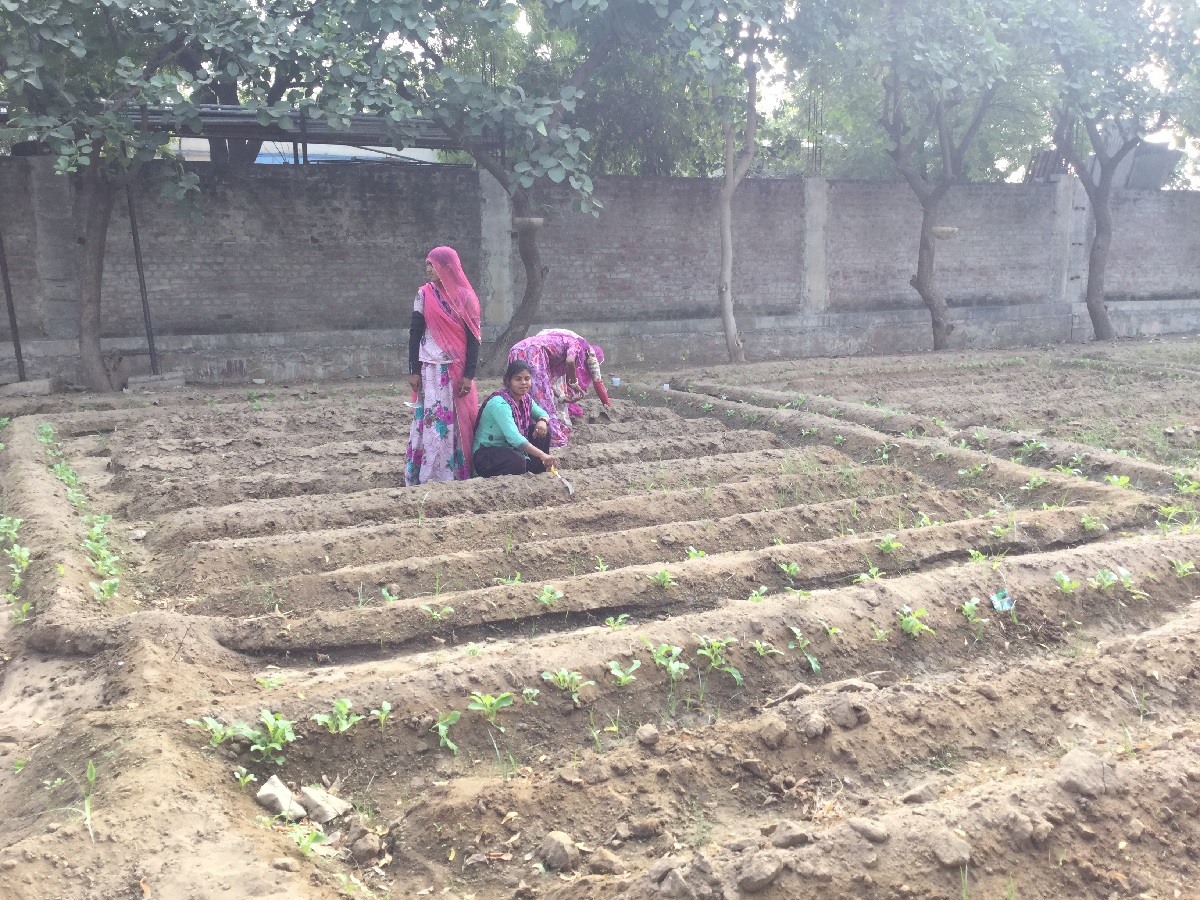 The last planting for the month took place on Monday the 30th with varieties of lettuce planted in a prepared area behind the central office, with pak choy on the boundary, and also some basil and parsley. There are additional beds in this area for tomatoes (late November) and spring onions or condi (40kg of seedlings should arrive during the first week of November). In November there are winter flower seeds to plant and some garlic in an area yet to be repaired in the Big Garden; and soon a big clean up of the Shiv Bagh is planned so that empty areas can be sown. We started raking tree litter on the west fence side during the last week of October and some of the path and boundaries were also weeded. During this month each sprinkler line was run from 30 minutes to one hour twice a week.

Lemon production is still going and we irrigated the canteen lemon field during the last week of the month as it has not rained for 2 full months. The trees are in their 4th year of production and have produced large fruit this year and this month 490kg were harvested. Between the lemon orchards are around 50 amla trees and these produced more than 200kg of fruit for the first time and the first batch was made into amla powder which will be sold in our organic store from January 2018.

Many thanks to those who sent or brought seeds out to India with them – I now have an excellent collection including some new varieties of flower seed to try. Thank you too to the visiting bhaktas who as usual fully supported the store and for your help with garden work and general maintenance. Have you noticed that the work never gets less!

We had some beautiful times with Vishwaguruji and are looking forward to His return in the New Year.

All the best from