Midsummer in Jadan Organic Gardens – May 2019

The month started with preparations for Swamiji's arrival on 9th of May. On his arrival, until departure, the mercury dipped and temperatures remained in the high 30s, then in the last week of the month, they resumed their fieriness.

There were also two heavy rainfalls: on the early morning of the 12th; and around 3pm on the 17th, which – though less than an hour – was monsoonal and very thrilling to be out in!

Drying season is at its peak and so mint leaves, rose petals, moringa leaves and curry leaves were collected, shade dried and packed. Some tulsi leaves were also collected, dried and powdered and will be packed into veggie capsules – a good cough remedy. The neem giloy dried stems were ground to a powder in our new mill and then sieved and also packed into capsules.

For our workers this month, there were many 12-hour days, due to some urgent work in the Om Ashram and many litres of tamarind sherbet and mango juice were prepared to aid their hydration. There are no shady trees on the construction sites – especially on the roof! As you may have heard by now, the inauguration of Om Ashram has been scheduled for April 2020, so for the next 10 months, there will be a huge burst of energy in order to achieve completion of this Holy Undertaking. 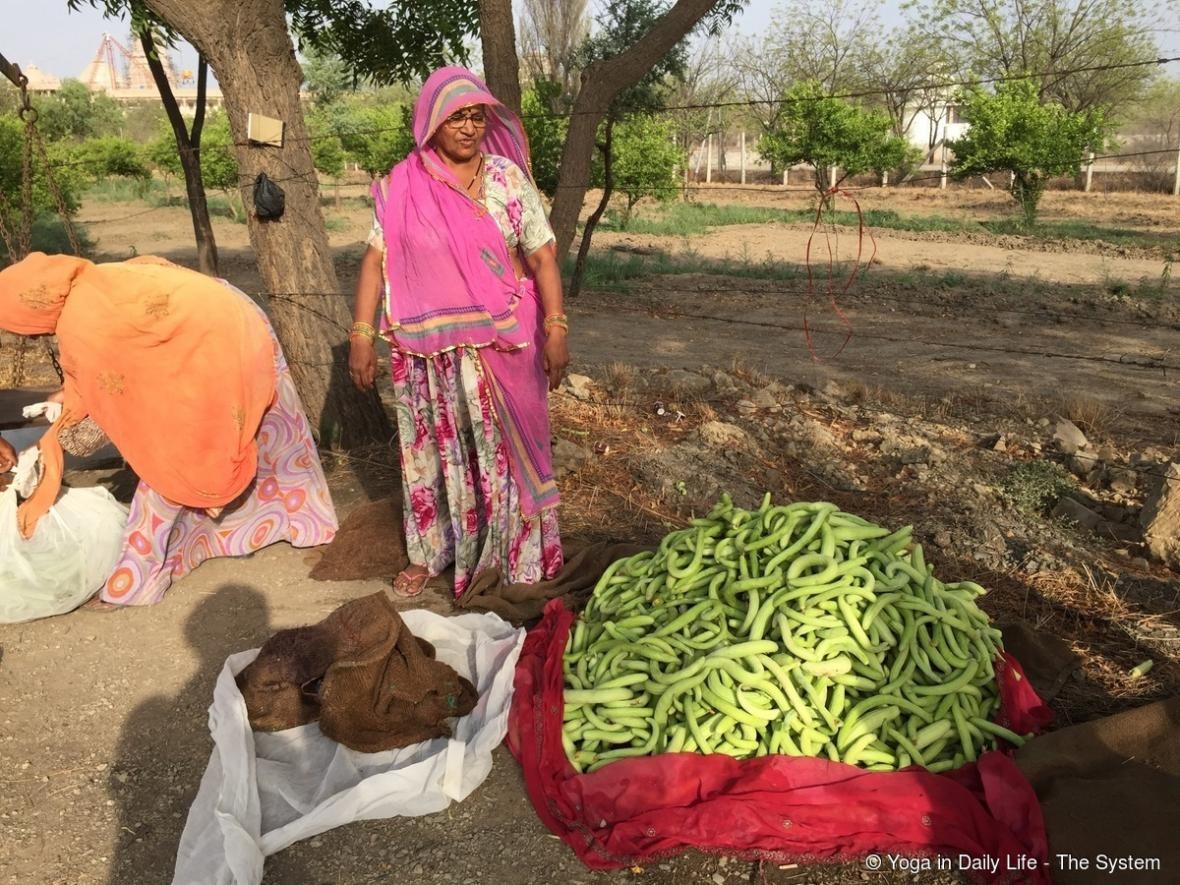 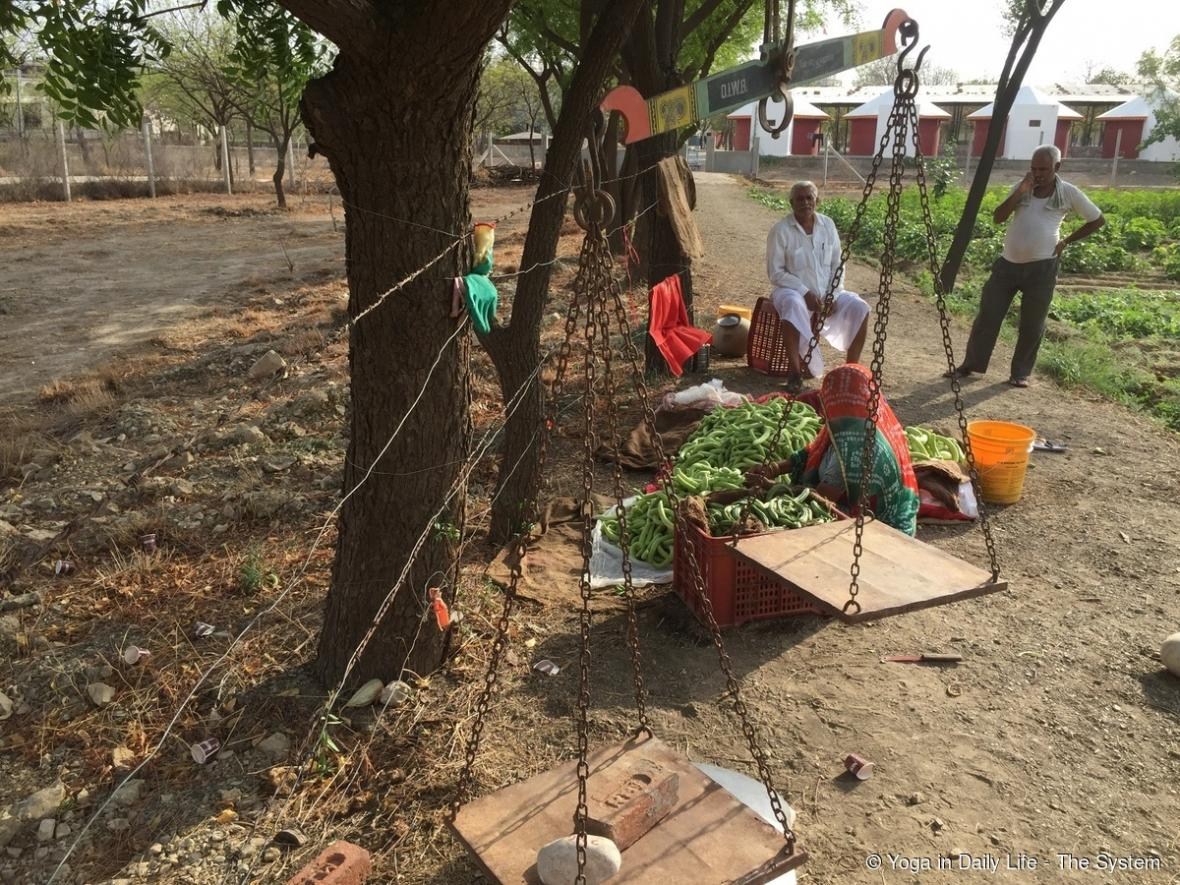 The ornamental area in the workshop garden was weeded by the end of the month and there are still plenty of ornamentals purchased in Sumerpur last year, and some have even produced babies! It would appear that they will survive for another season. Nearby, the eggplant bushes are surviving and producing fruit and the mango trees are looking well, but did not fruit this year.

The final 3 days of the month were off the charts and temperatures reached 47.5 degrees celsius. I was mentally preparing for spending a month in Australia in June and ensuring that all bases were covered before flying out on the 5th. June heat wave predictions look as scary as May and so irrigation has to be thorough. The talab (reservoir) is now 2 metres deep and there is no guarantee of a good monsoon.

Thank you to our small group of eleven people who visited in May and bought a lot of Jadan organic products, and to youngsters Paras and Punam who came and played each scorching afternoon in the shop. 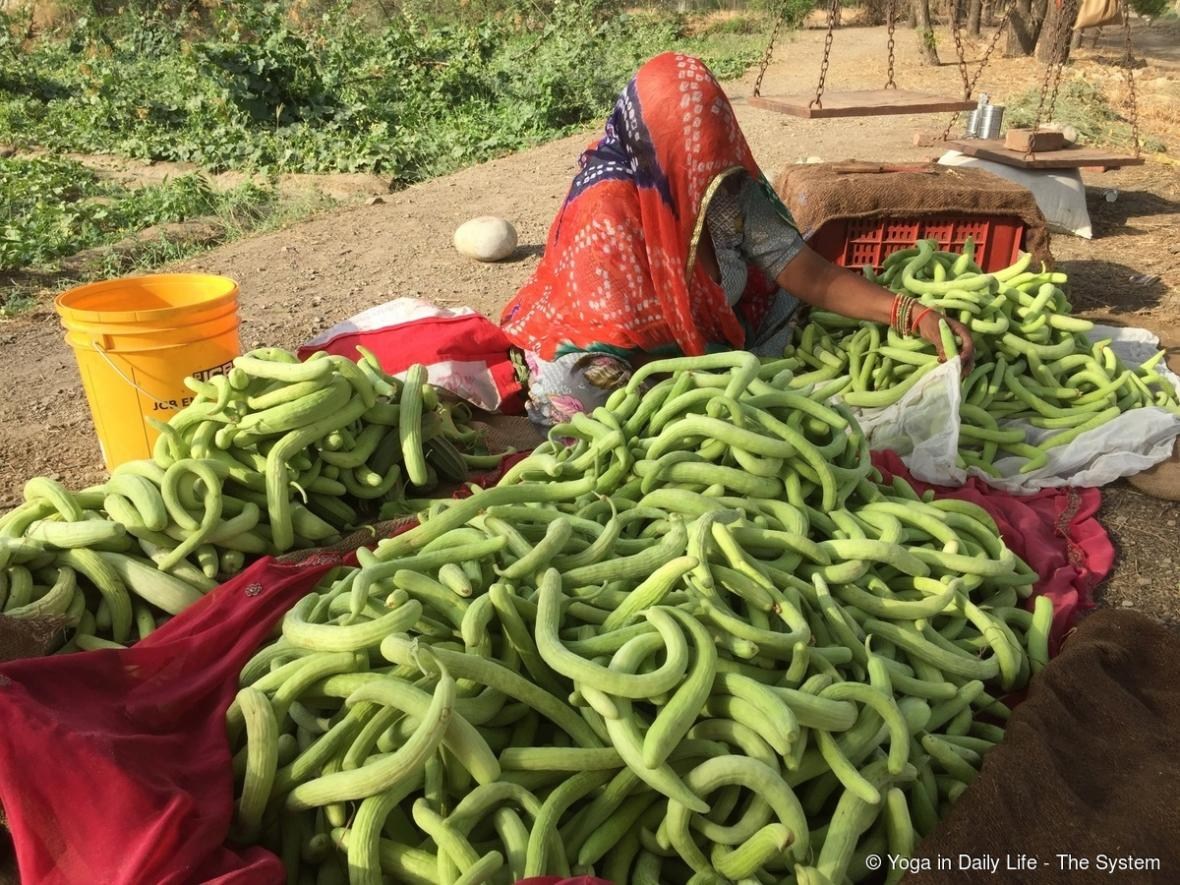 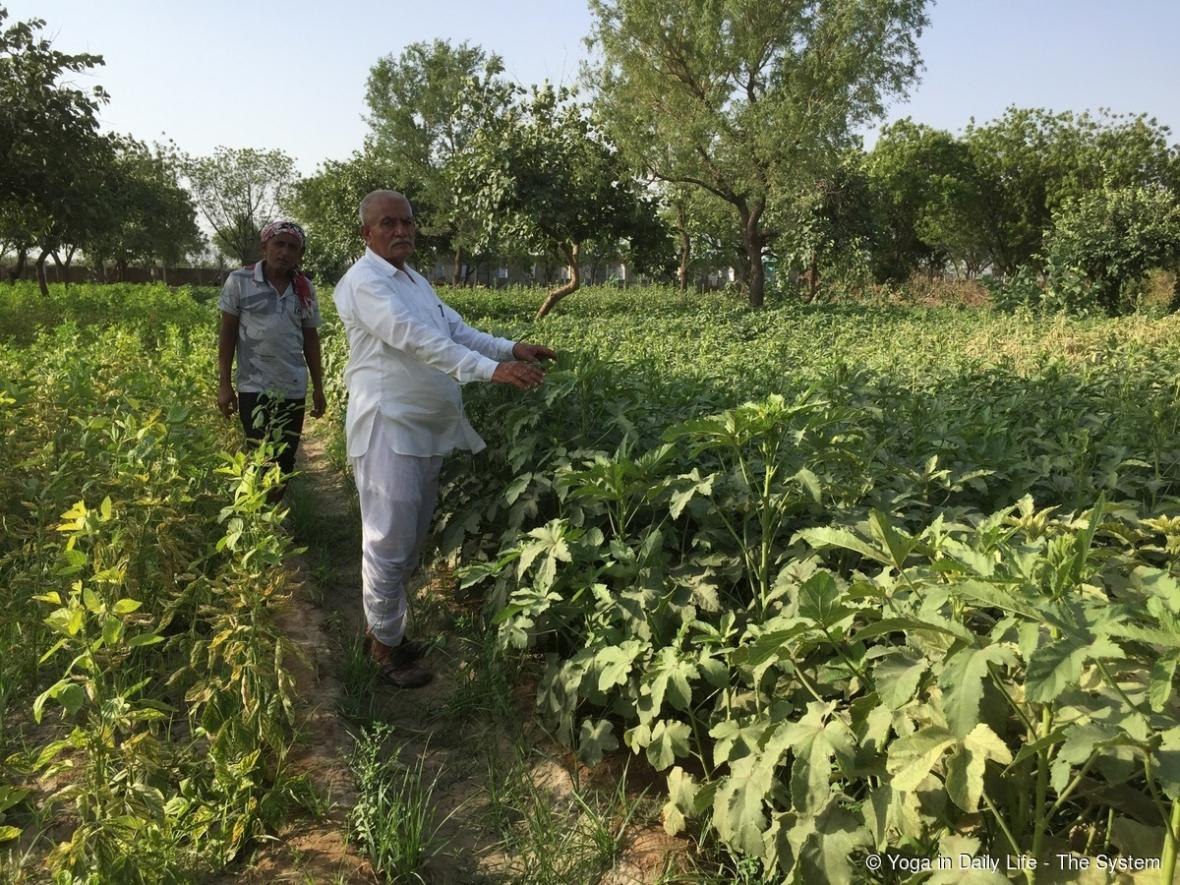 The vegetable plantation in the Big Garden has been an outstanding success story of dedicated hard work and commitment from Deeperamji and his team of workers – even his wife chipped in during weighing time. The cowpea plantation behind the cool room is also looking very promising and is not far away from production. If one can achieve such results in this climate, then anything can be achieved in lower temperatures. 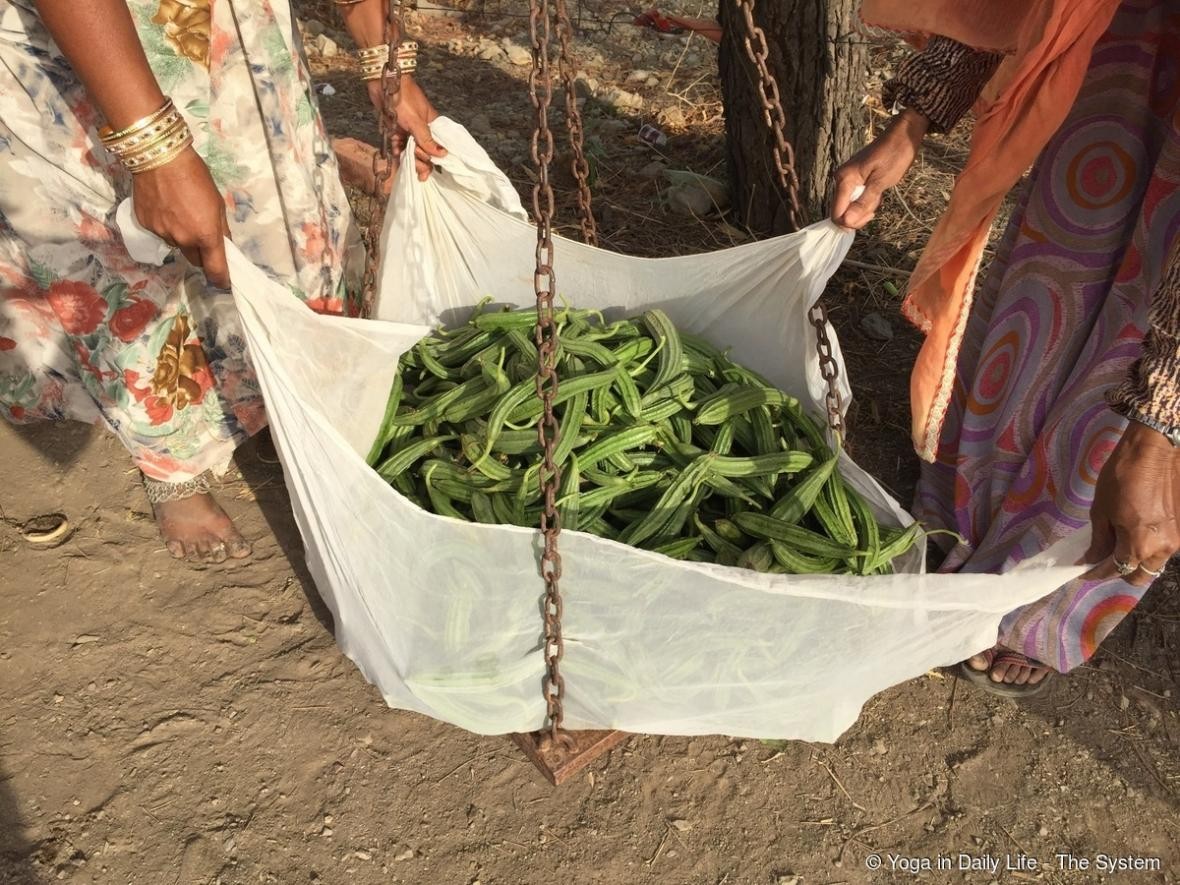 This month, the garden ladies started to cut the sorghum wheat for the calves' evening meal. The growth of this local fodder has been rapid. On the south side of the Shiv Bagh, we removed all of the 2017 papaya trees and the monsoon chilli and baigan plants, and some of this fertile area has been cultivated with lauki and marigolds. We had a small production of red amaranth and tumba in the area.

I look forward to showing you some photos of the Australian native rainforest in the June garden news. In the meantime, the devastatingly hot westerly wind is still roaring during the afternoons and the earth is baking. 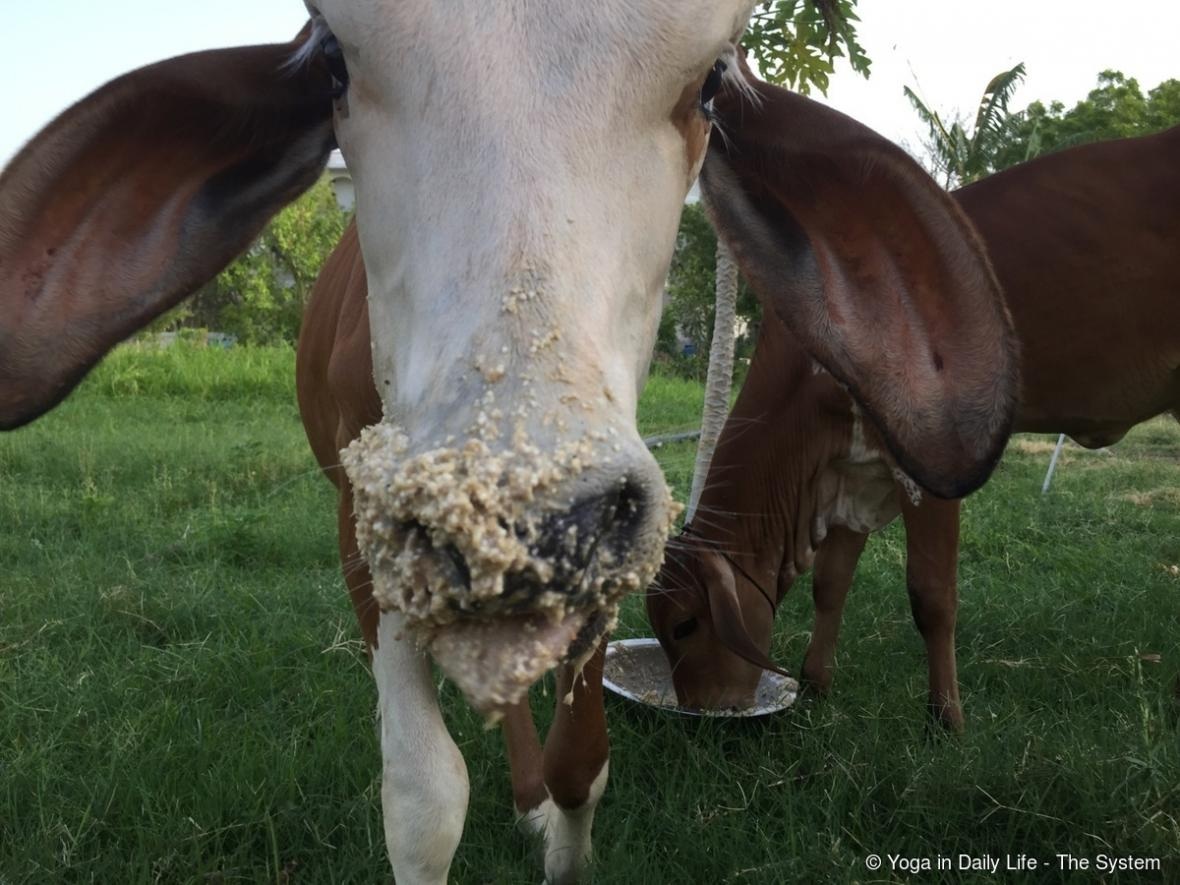 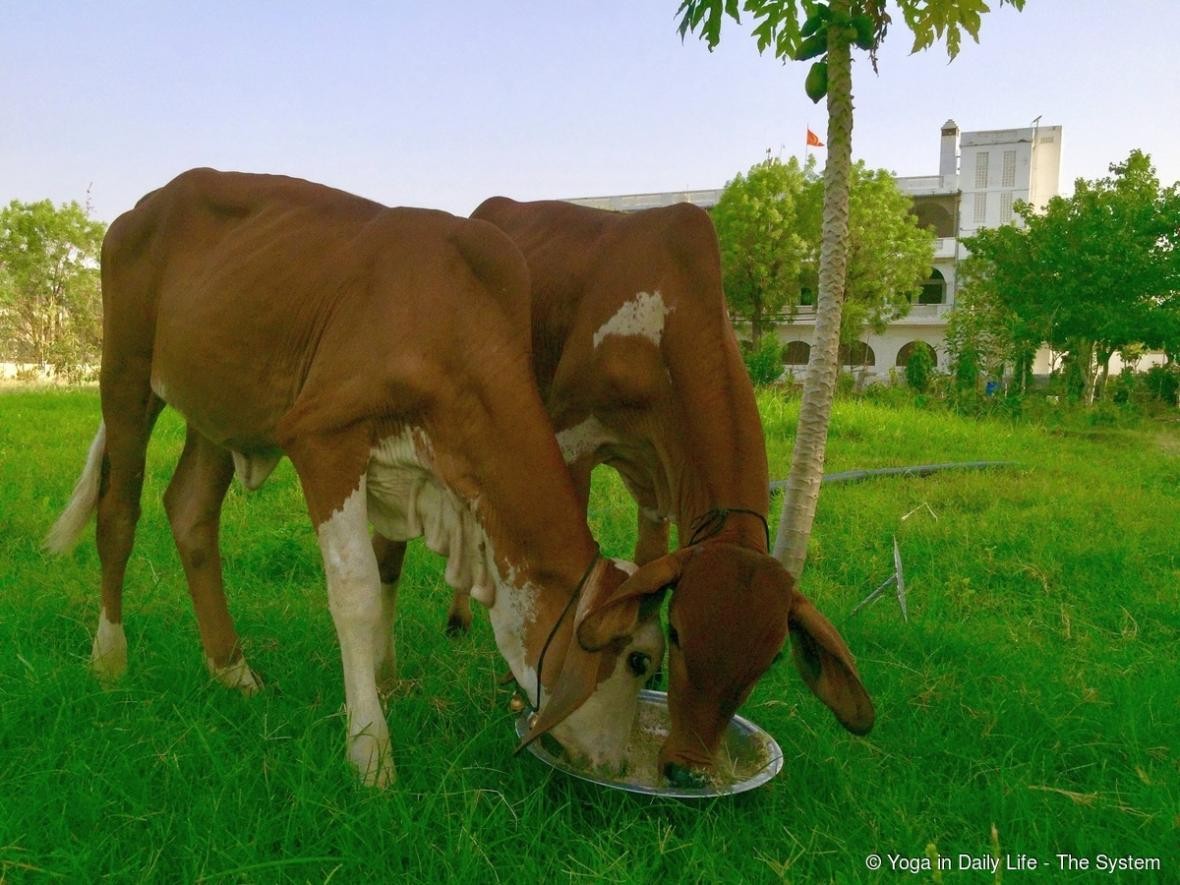 Love from Jadan Ashram (though I am physically in the Australian rainforest now in Far North Queensland! – no guesses for where my heart resides…)