On the 1st of August, we were irrigating – the fields were dry and the vegetables suffering. Weeds had come up in abundance due to a very heavy rainfall early morning on the dark moon of July 13th and after a few minor rains up until the 20th, it was dry.

The first ten days of July were spent planting as many monsoon vegetable seeds as we could fit into all of our prepared areas. Pumpkins and lauki were sown in the middle area of the Shiv Bagh; on the north and west side corn and toru; and behind the cool room, European and Himalayan pumpkin varieties and phoot kakdi. In the west side of the Gunda Kheti (Big Garden) were sown bhindi and more pumpkin varieties, as well as phoot kakdi and guar phali, toru and kheera kakdi. To date, we have irrigated this area of 5 beds 3 times and the area got saturated by the rains. During the last days of the month the area was weeded. 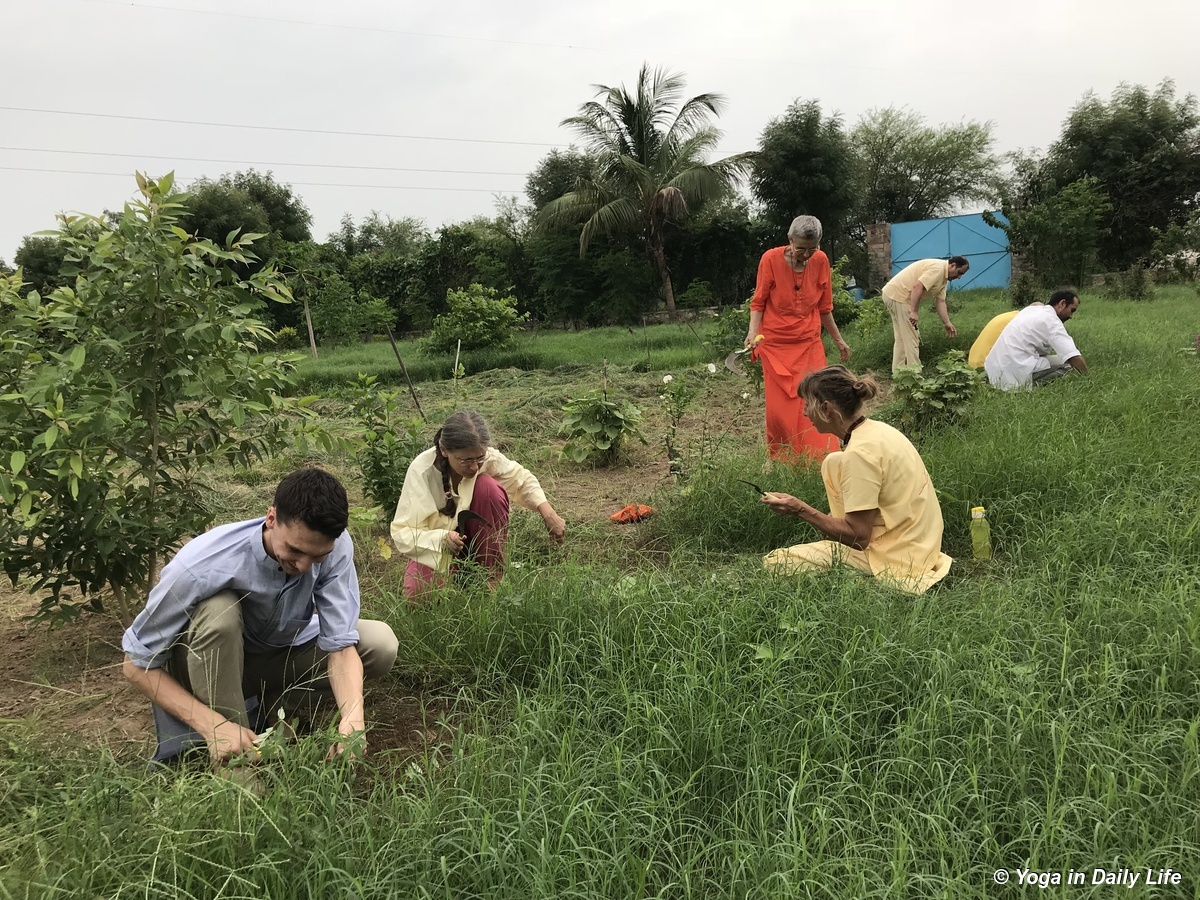 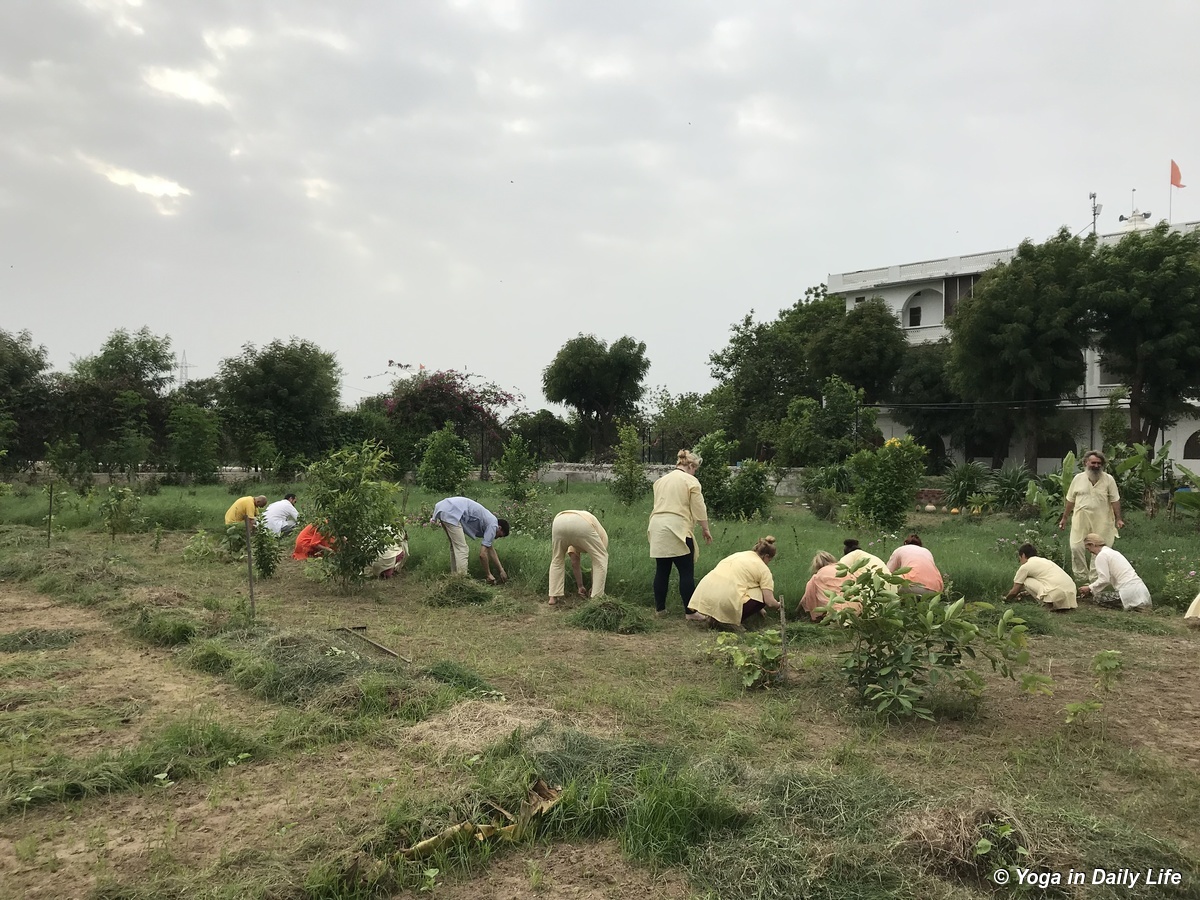 During our 1 week monsoon, the nut sedge and Bermuda grass had a massive growth spurt and so we had an equally massive clean-up with the help of the Guru Poornima group. For the first time in a year, the roses on the west side got a proper makeover and the north to south pathway got perfectly cleaned. When and if the August rains hit, we shall transplant our banana suckers in east to west rows in the middle of this huge garden. 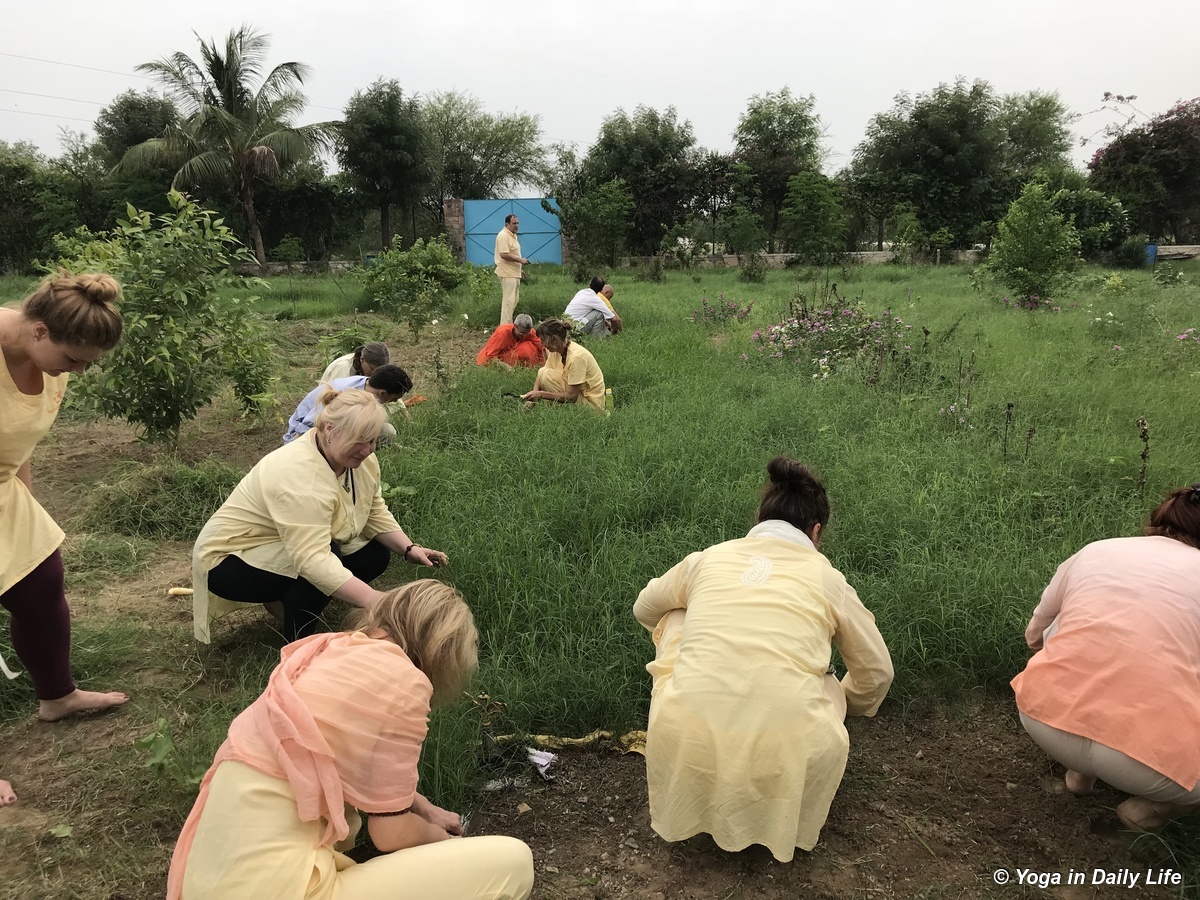 On the other side, in the Madhuvaani garden, the bhindi area got well weeded and replanted with more bhindi. There is something really great to be in a large group cleaning up messy weeds and then to see the aftermath – a real garden area and not a jungle. 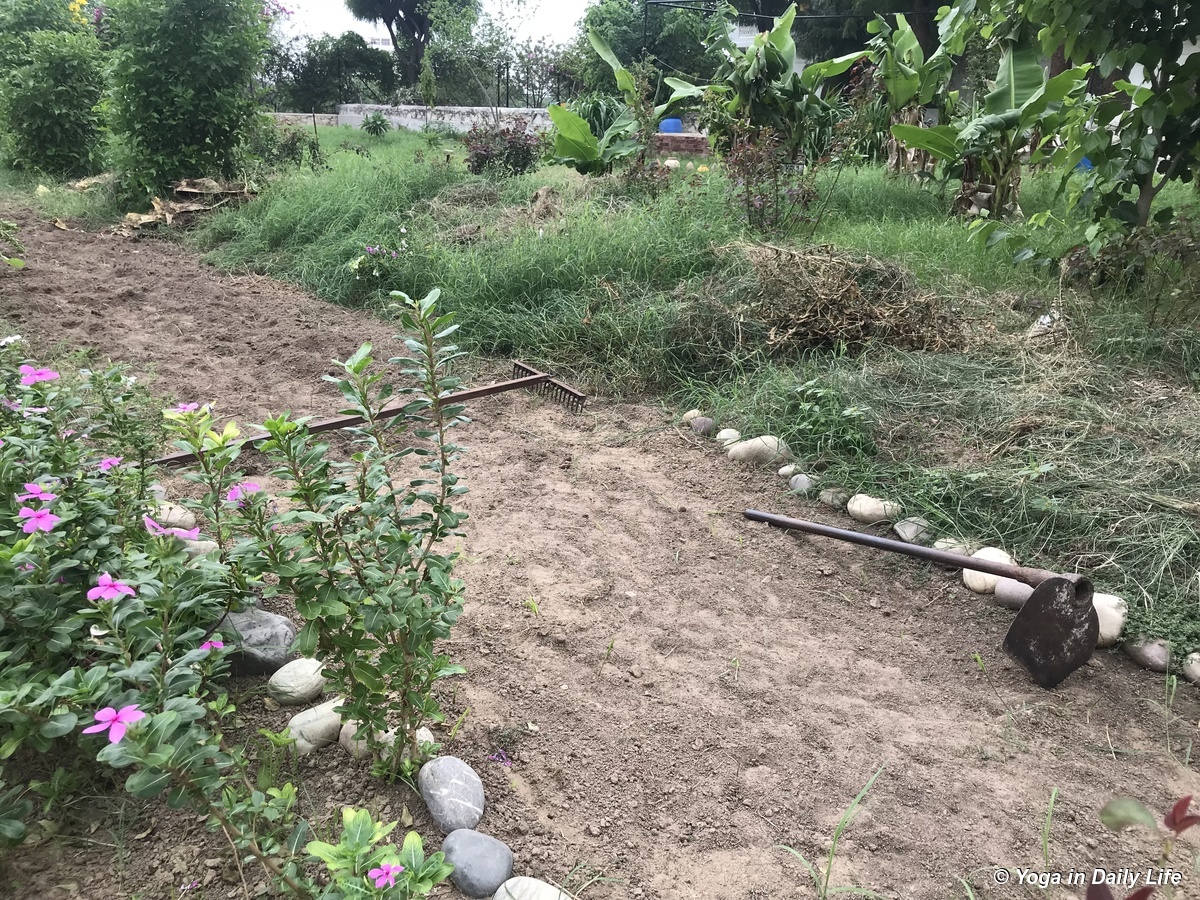 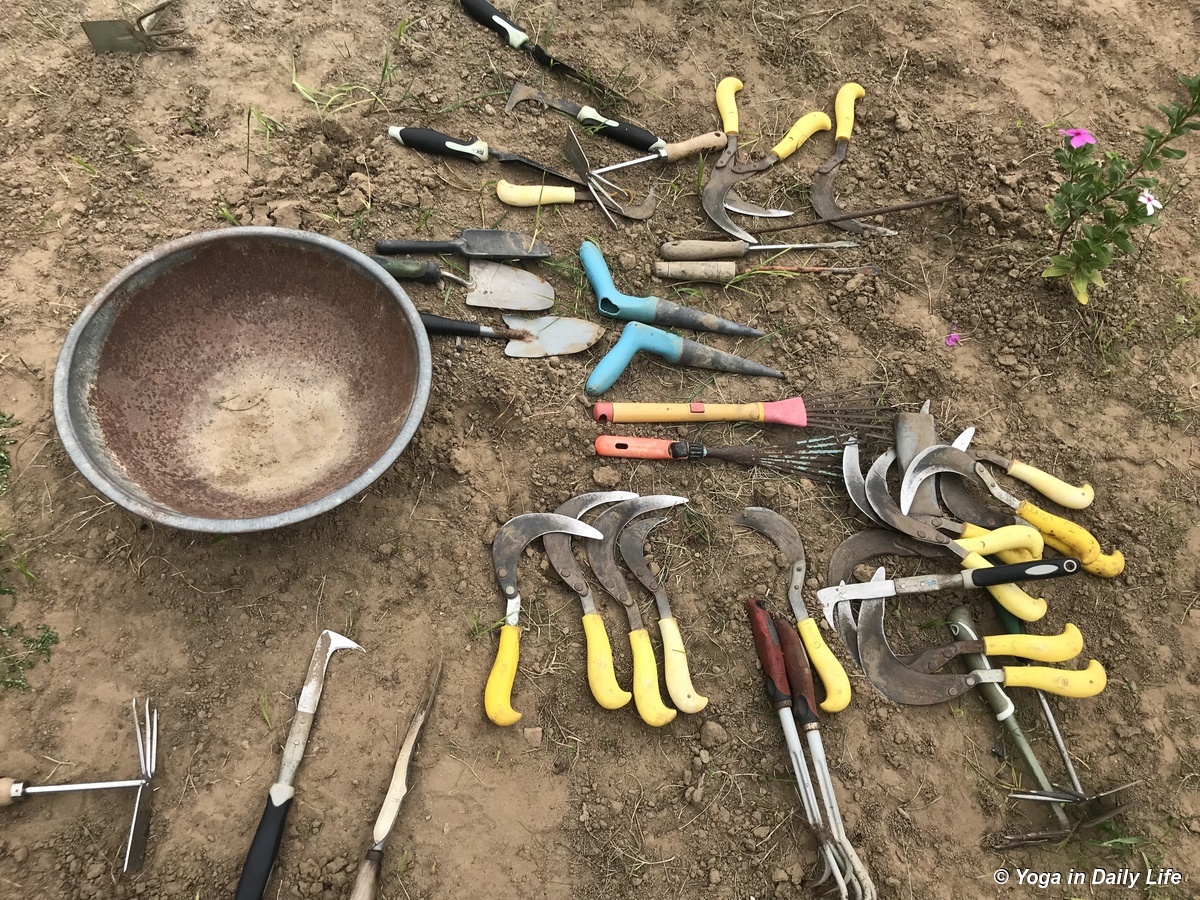 Finally on the evening of the 28th of August, rain began – the second time this month (prior to that was on the evening of the 17th) and though not torrential, it continued throughout the night and throughout the following day. So – the worst monsoon in living memory, with hardly any lemons and winds that shook the flowers from gourd vines, resulting in late or no vegetables to date. In short, almost a year without rain except for the 13th of July and the 17th and 28th of August. In the state of Kerala on the other hand, flooding from heavy rains created a state emergency and at the end of the month, flood warnings were circulating with regard to a second wave of monsoonal rains as far north as Indore in Madhya Pradesh. 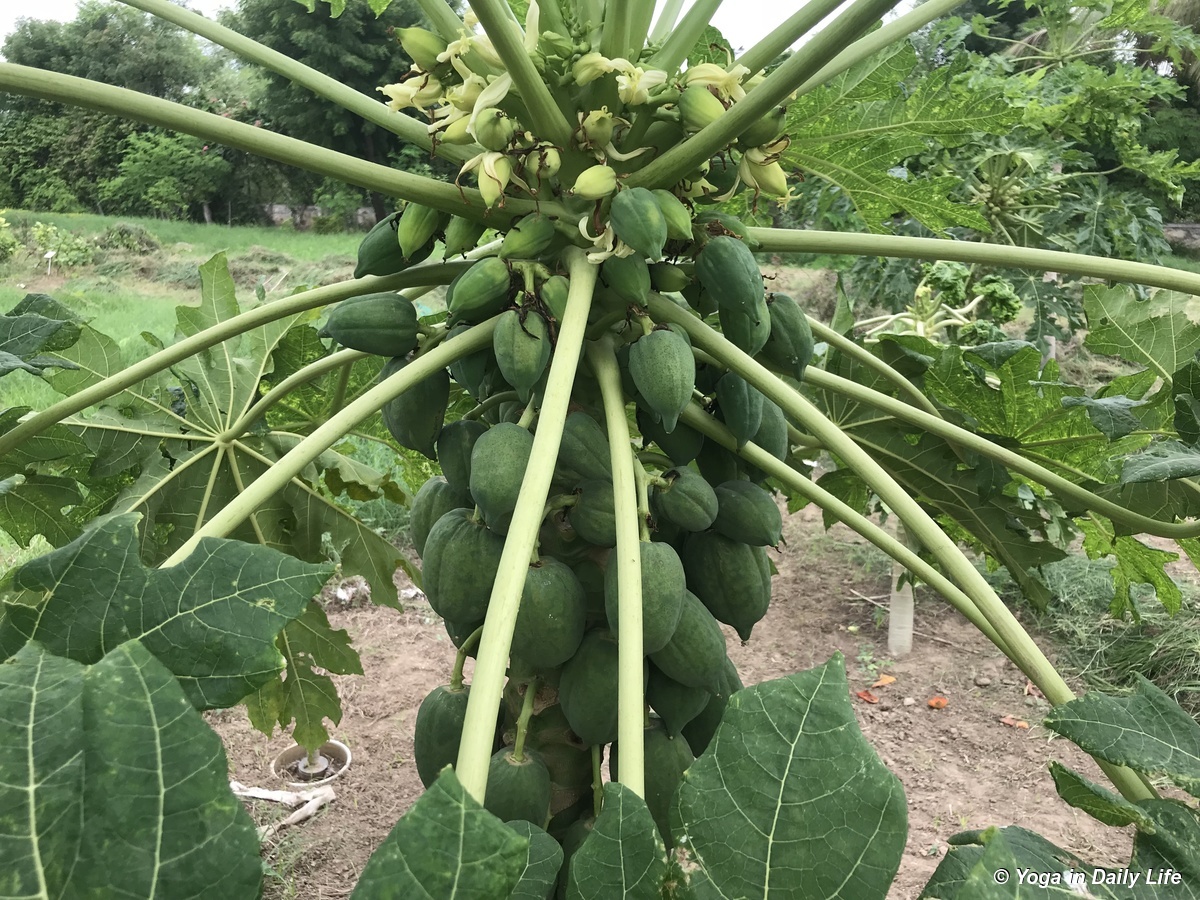 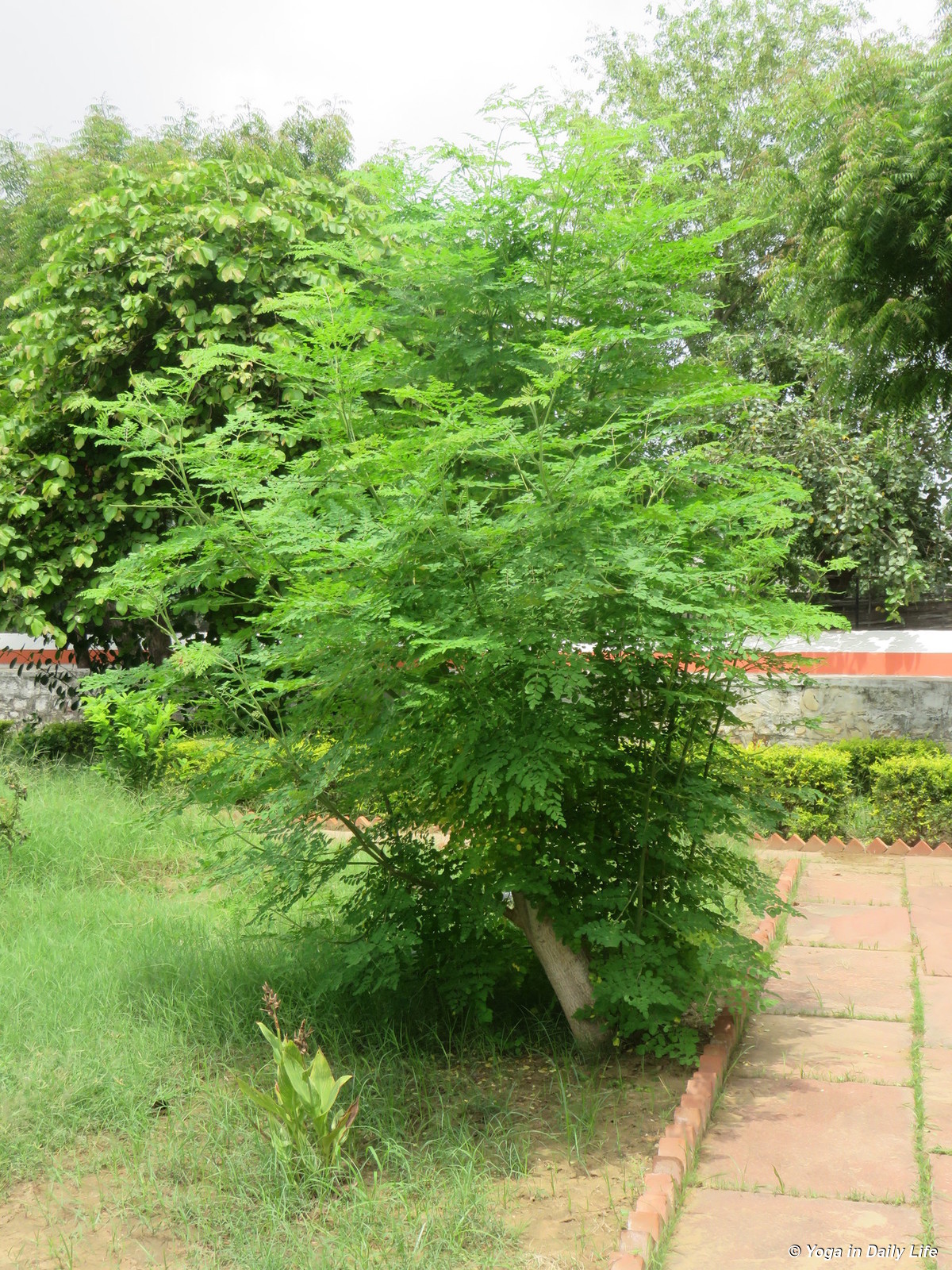 On the full moon of August, more than 50 sandalwood trees were planted in the Shiv Bagh – the holes having been prepped between the 8th and 12th of the month, which entailed mixing the excavated soil with neem powder and gobar gas slurry. This process is supposed to create a safe and disease free environment for the saplings. 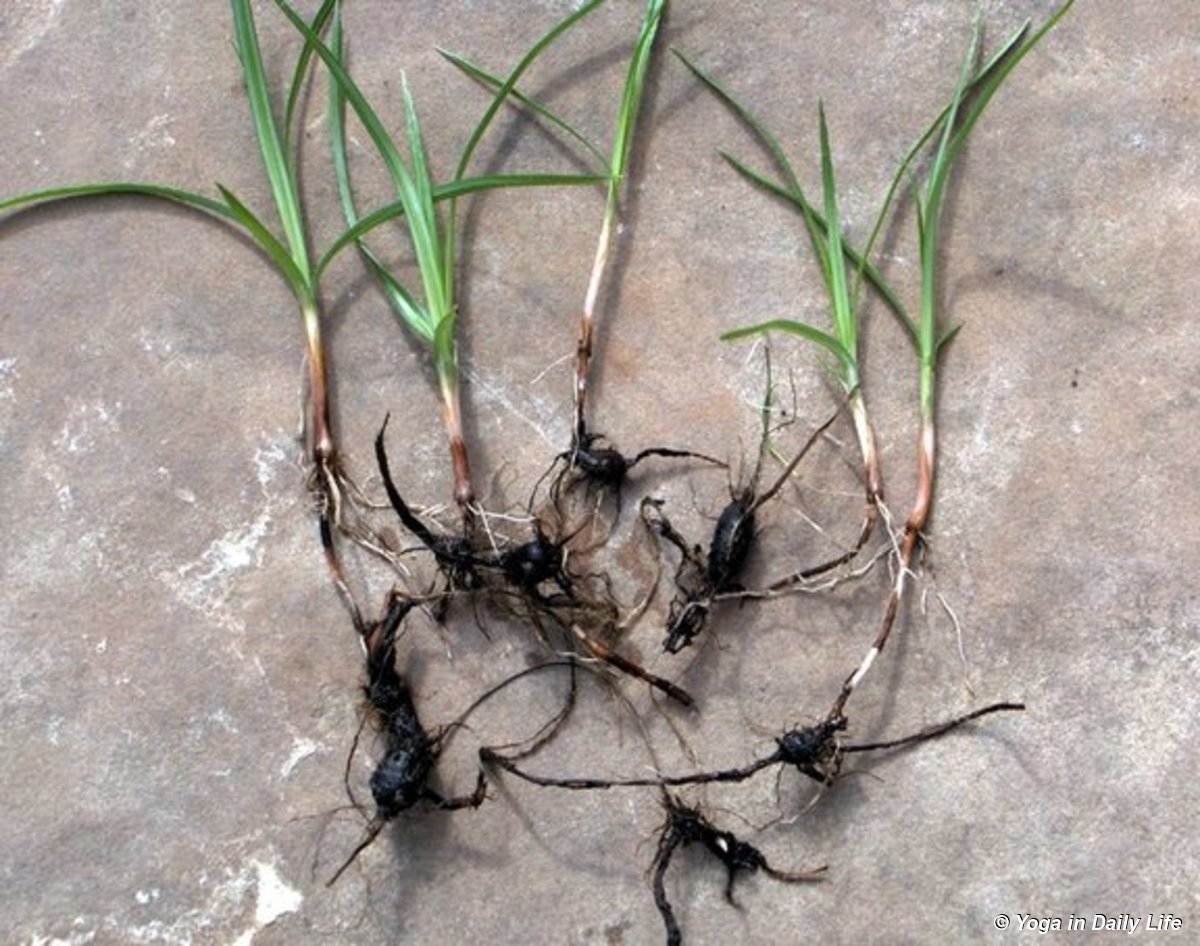 Also this month we received a small number of chilli, baigan and cauliflower seedlings from Jodphur, which we planted between the rows of cowpeas and which will require can watering while their stems and roots strengthen.

Ironically, for 2 weeks in September many of we karma yogis will be walking in damp and rainy conditions with our heads in the clouds of the Himalayas and shivering with cold at our camp 3600m above sea level.

On the last day of August it was very humid and cloudy, but no rain has been forecast in this area until the 13th of September. Let us see if there is a chance for rainwater harvesting this year.

Looking forward to seeing many of you on our trip north.

All the best from Jadan Ashram