April has been a month of new beginnings – not least, the beginning of the Ujjain Kumbh Mela and the construction of a beautiful camp by a parkland area of native fruit trees.

And in Jadan, the cucumbers appeared on the vines mid month, and the gundas (gum berries) and sangri were ready to harvest, and the cluster beans too. The heat rose steadily as the loo – desert westerly wind – started to roar its heat into our ears, and dust storms seem to be imminent.

Most of the garden work in April is harvesting, weeding, irrigation and raking up the final fall of the tree litter, which starts to fall in the form of yellow neem leaves and flowers from various climbers and shrubs in late February.

Our rose bushes came into a period of intense flowering this month and so soon we shall start making gulkand, which as many of you already know is a sweet rose jam, which is both cooling and an alkalizing tonic, especially beneficial for women. 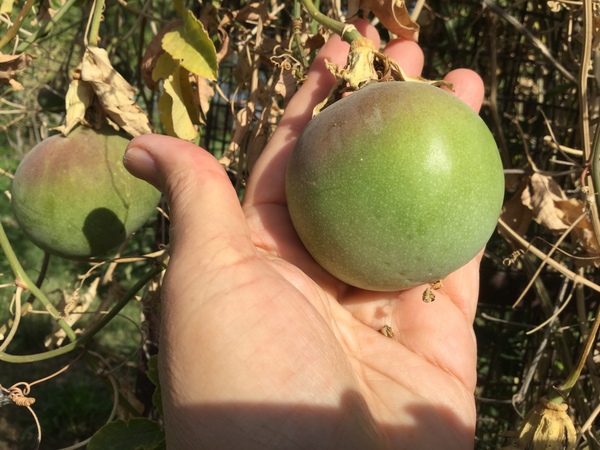 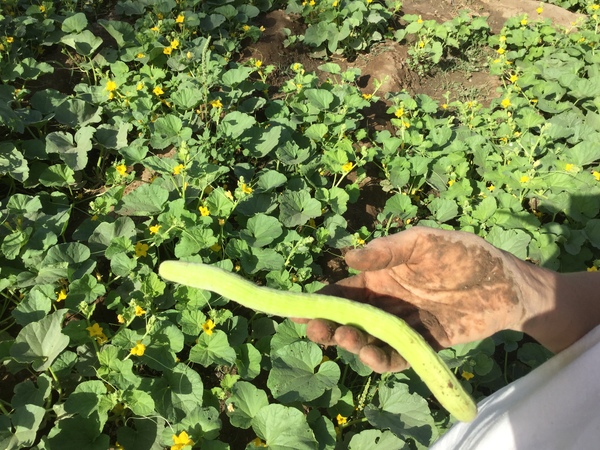 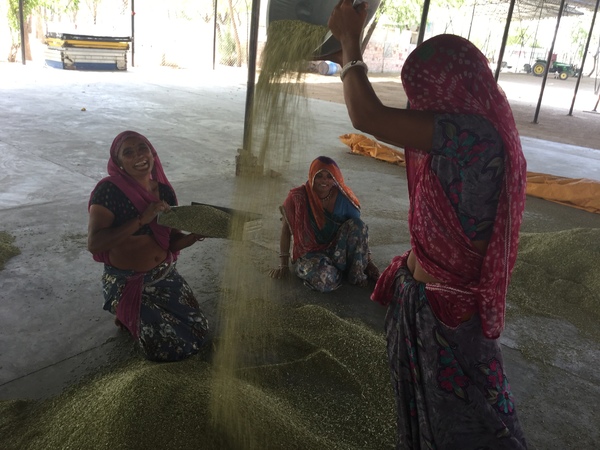 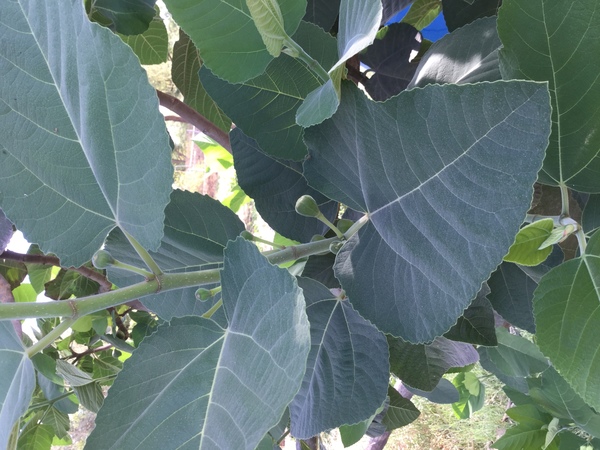 The mowra flowers starting to rain down too from the Madhuca indica trees and have been collected daily and sun dried. We also dried parsley and fennel leaves this month, and re-dried the amla harvested last autumn which will soon be ground to a powder. To date we have only had time to cut a small amount of neem giloy and hopefully this project will be completed in May. 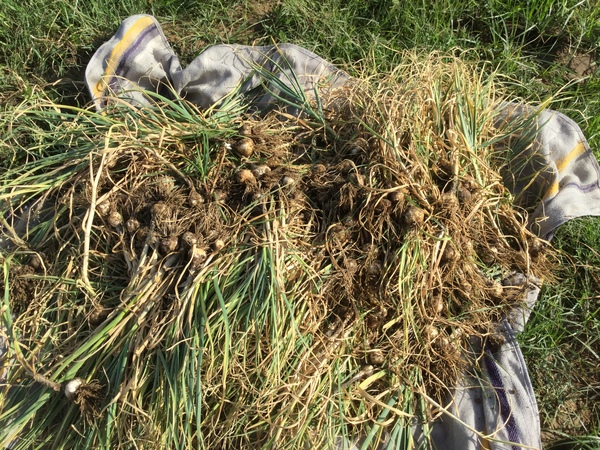 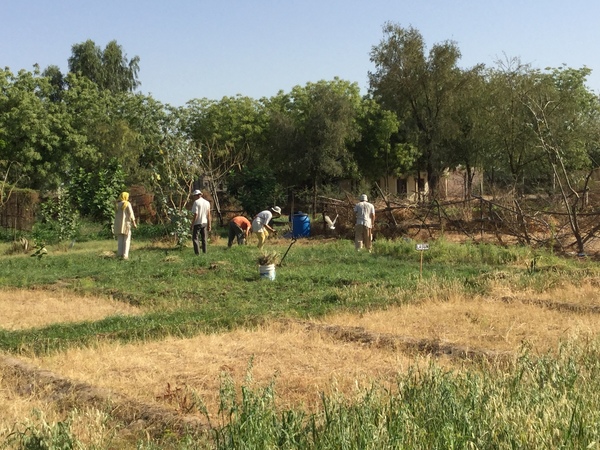 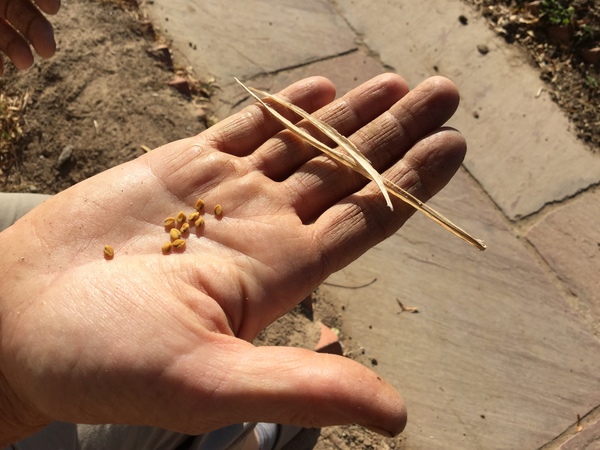 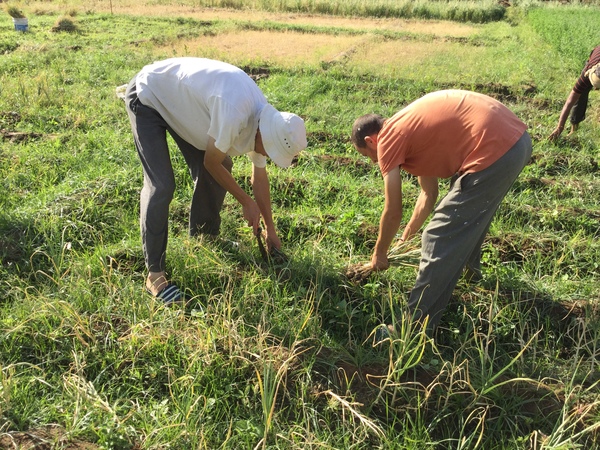 We also pulled up our garlic bulbs this month as you can see from our pics. They were a little on the small side this year, but there should be around 50kg.

At the beautiful Ujjain camp our organic products were available for sale from the 26th of April and I thank all those who supported the store. I shall have the chance to restock the Jadan store now for the Guru Poornima group and we now have enough to employ an extra local lady from one of the nearby villages.

Towards the end of the month the temperatures soared as high as 44-45 celsius for 4 days in a row, which is not normal for April. In fact 5 days over 49 were recorded into May and during this time the workers shifted their working times to 5.30am to 2pm, as did the whole ashram.

Many seeds were cleaned in the kitchen underground during the hot afternoons before the worker times changed and so now we have linseed for sale and a stock of psyllium and lettuce seed, as well as elephant creeper seed; and the whole underground area has been cleaned and tidied.

More than 100kg of gundas from the workshop garden were collected and mostly dried and packed. Sangri was also collected from our trees and the last of the papita fruit for this season was harvested. Last year's trees – grown from seed – are already bearing green fruit and so we hope for a bumper crop from next August.

Now the May and June months are coming with warnings of a terrible drought and heat wave situation throughout the Northern states of India and in particular Rajasthan.

All the best and pray for rain.

(Please note that this update has been submitted one month late due to my being in Ujjain Kumbha Mela during the first 3 weeks of May.)