REPORT FOR MAY 2015 IN JADAN GARDENS

May this year was one of the hottest Mays that I remember in 15 years.

It was not only over 40 degrees celsius every single day but often over 44 degrees and when the “Loo wind” was active it was over 45 and I was beginning to wonder whether I was in another land like Saudi Arabia or in the Sahara. And even with such extreme temperatures our oasis is shining thanks to our rain harvesting miracle. Needless to say we were starting work as early as possible and finishing by 11am and then going out at 6pm and at times evening irrigation went on until the wee hours of the morning but the point is that there is still an abundance of sweet water and our jowar (Sorghum bicolor) crop grew to over 2 metres which means that we began to harvest it on the 20th following the dark moon holiday. This is great news for our six mares and some of our milking cows.
The rigorous weeding programme of last month continued this month along with channels being regularly repaired. We fertilized some areas of the Shiv Bagh with well composted gobar this month and – where the marigold plants had dried up – we planted some more vegetables namely lauki and smooth gourd and a 4th area of bhindi. We have mostly produced our own veggies this month and the gunda harvesting commenced on the workshop side from the 15th and some were prepared for sabji with green mangoes, some were dried in the sun after cooking and some were pickled with green mangoes. Fortunately we had enough helpers this month to keep up with the work and so irrigation and weeding have been regular, some herbs have been harvested for processing and packing and the channels and beds have been regularly repairing when needed. 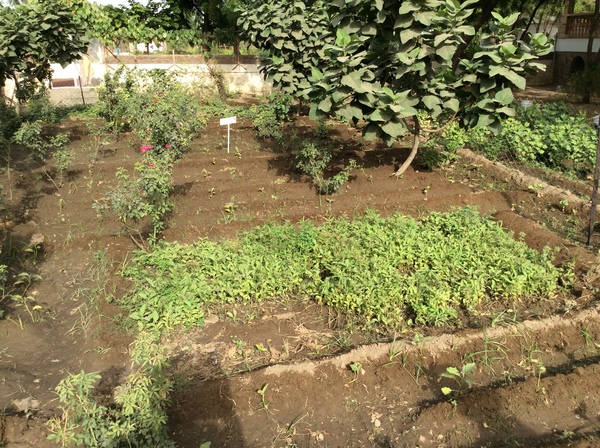 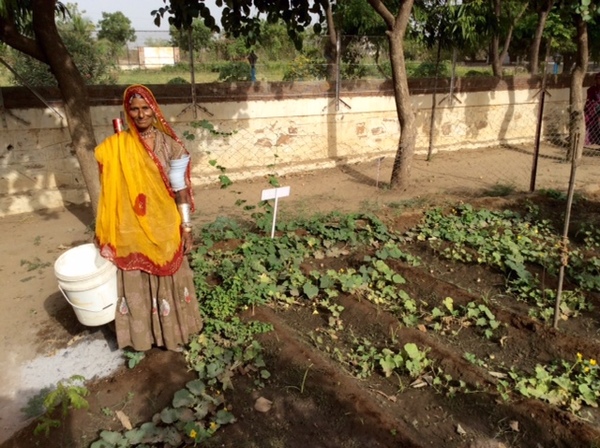 Unfortunately our tree nursery has not taken off fully yet as the kumtiya seeds did not germinate in the 3000 bags that we prepared and so we tried all of the remaining seeds from 2009 in a single bed and some have now germinated so these will be transplanted to bags in June.
On the 19th and 20th we prepared furrows in the rose area of the workshop garden for some baigan seedlings that we have raised up in one bed and these were transplanted on the 21st. We shall also use the chandaliya (summer amaranth) area for eggplants. 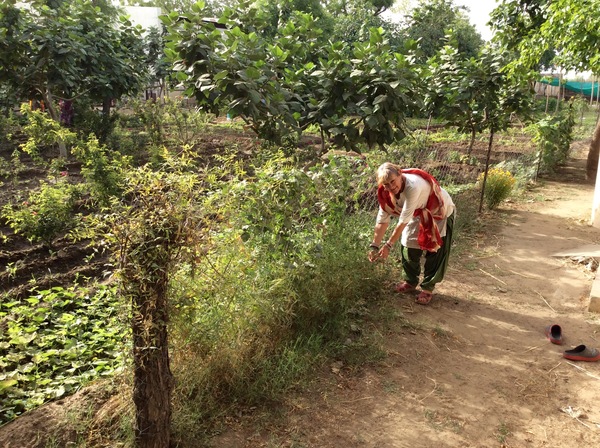 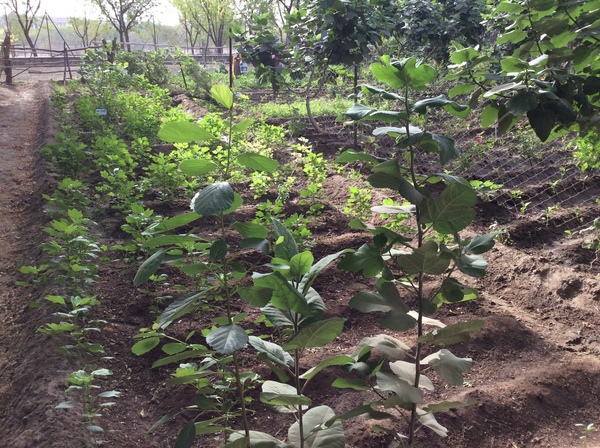 There were a few broken promises of rain this month but until the night of the 25th all that occurred were loud displays of thunder and lightning – on 2 occasions for hours at a time – and a very messy dust storm around 5pm on the 19th. This kind of relentless dry and at times slightly humid heat wears one down as there is no reprieve and it will not end until the monsoon arrives each year in July. However it is great to think that yet another summer is half way behind us and that June surely cannot be so hot though it will surely be more humid as is the way of the pre-monsoon.
Pre-monsoon is a time to prepare the monsoon vegetable area and during the last week of this month an area around 600 squared metres was ploughed – following a rainfall on the night of the 25th – in the eastern end of the gunda plantation in the Big Garden. We shifted old well composted cow dung to the area on the 29th using the JCB and I hope to use the rest of the field to broadcast seeds of corn, sesame and chawla (cowpea) when the season commences.
Needless to say we have been drinking a lot of Indian lemonade- shikanji – made with black salt and fresh mint leaves as well as imli (tamarind) juice. Keep praying for rain – we would really appreciate a few cooler days.