Yes indeed, the rain cut out after a 30 minute heavy shower at 5pm on the 1st of September, and since then it has been blue skies and not much wind, high humidity, and days anywhere up to 40 degrees celsius.

This of course means irrigation is needed again, though it took more than a week before our gardens started to show signs of thirst, and in the Big Garden where the water was up to our ankles in some spots, areas remained moist up until the third week of the month.

This is the pre-autumn period and the heat does not usually subside until around October 25th, when we start to plant our winter crops. Even though we are between vegetable seasons now, we can still plant roquette and endive varieties of salad greens, and grow basil and tulsi seedlings and some varieties of legumes – beans. These seeds went in on the 26th and 27th including two varieties of Slovenian brown borlotti beans (also known as cranberry beans and in Hindi, gadra) and a late planting of bhindi, which may produce something by early November. Unfortunately this season most of the bhindi seeds that we were given were the wild kind, which produced a hard and prickly yellow pod that is inedible.

By the second week of this month our acid limes (nimbu) were big and yellow and we were harvesting at least 30kg every second day, so thankfully one bhakta arranged for them to be sold at the local market. It is our 4th year of production and the trees have had a huge growth spurt since the dry summer months, due to the heavy monsoon rains. They will need some heavy pruning this winter, as well as their annual fertilizing and digging out of the small yellow roots that come up each year around each tree. 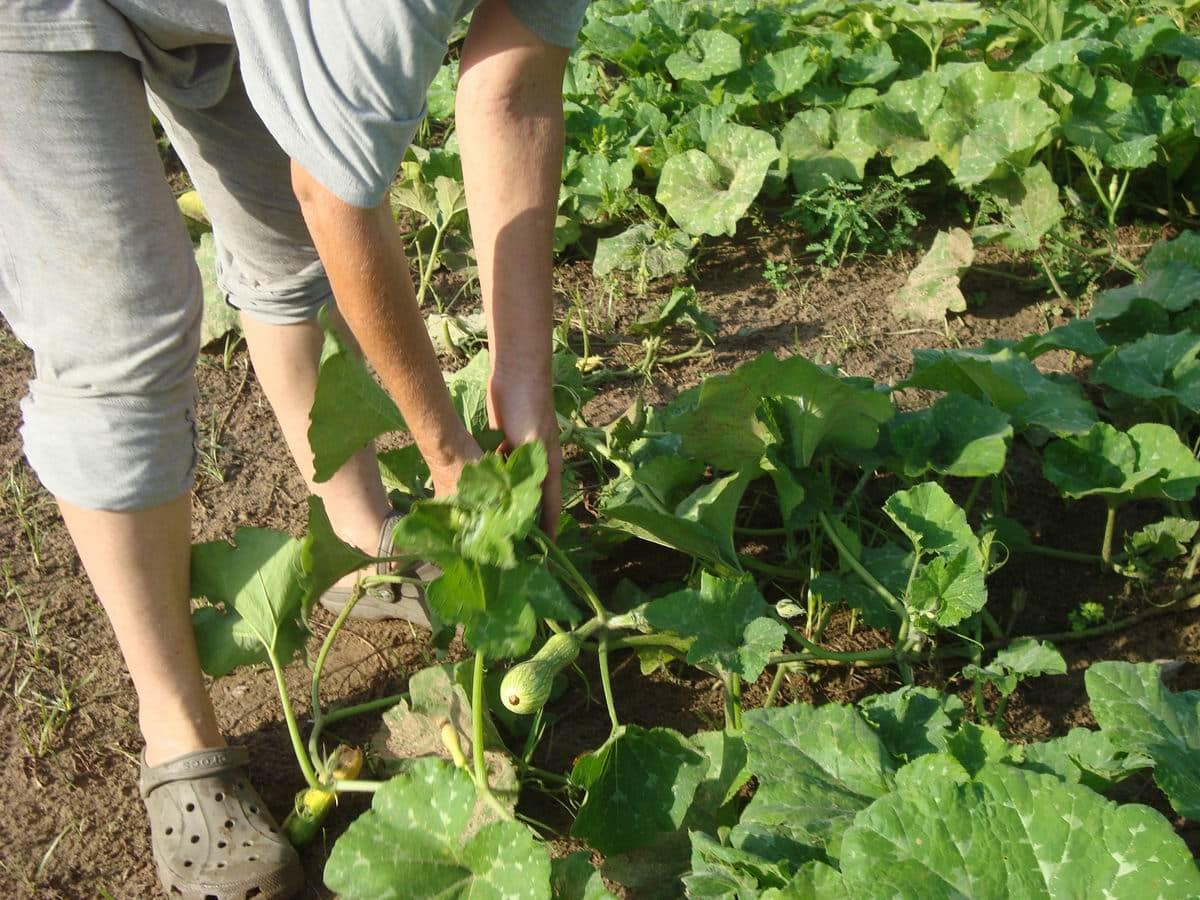 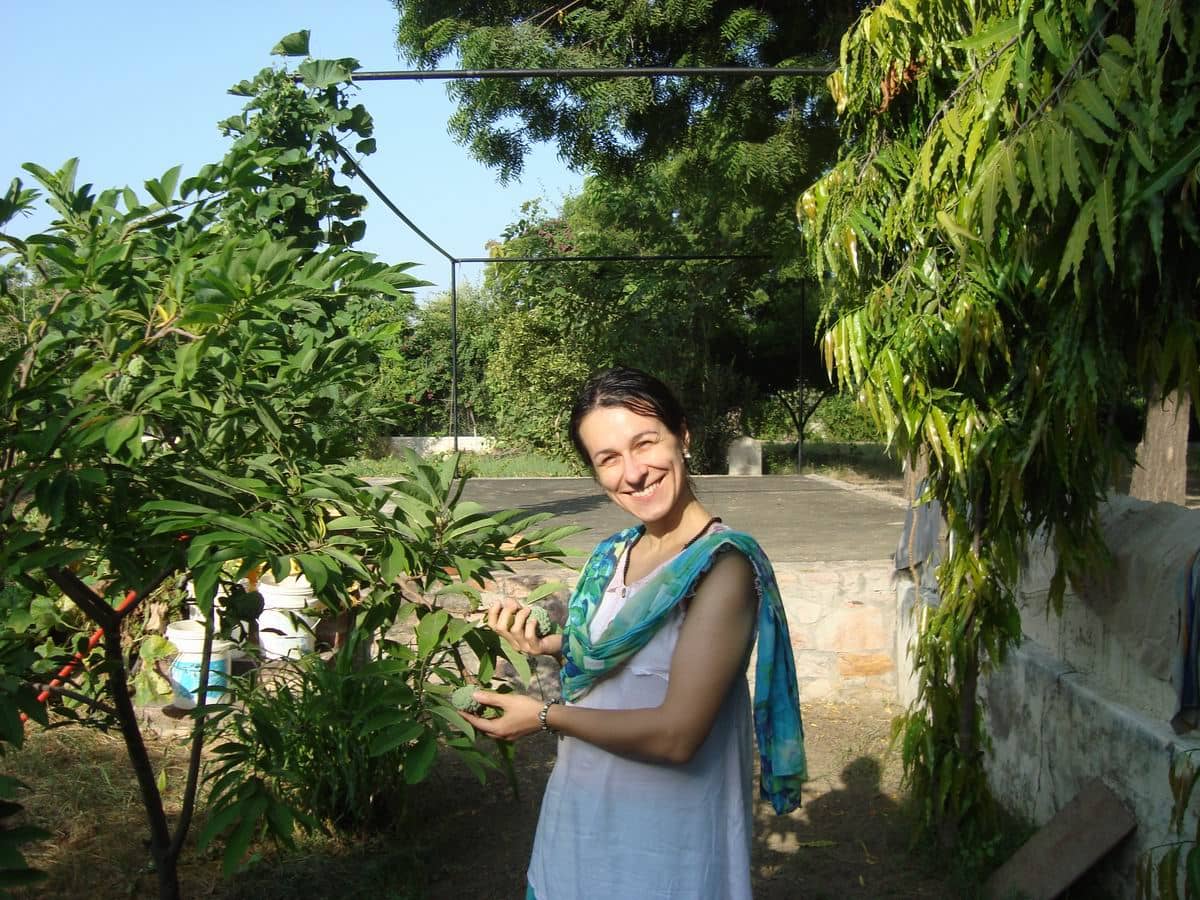 Pumpkin production also started this month – more than 200kg – and some of the European seed varieties that Swamiji arranged during the winter actually produced some delicious gourds. Lauki also did well and we harvested some ridge gourd and a small amount of bhindi too, and the cowpeas continued throughout the month, so we had enough veggies for our needs and also to send to our other ashrams. Some of our ashram bhaktas made some delicious dishes with the pumpkins, including stuffing them with savoury rice and baking them with melted cheese on top – awesome!

The sweet potato plantation was irrigated towards the end of the month and we should remove the weeds, which grew as a result of the monsoon, at the beginning of October. There are some cotton plants there, along with the ones in the middle of the Shiv Bagh, and these started to flower this month with yellow and pink blossoms. 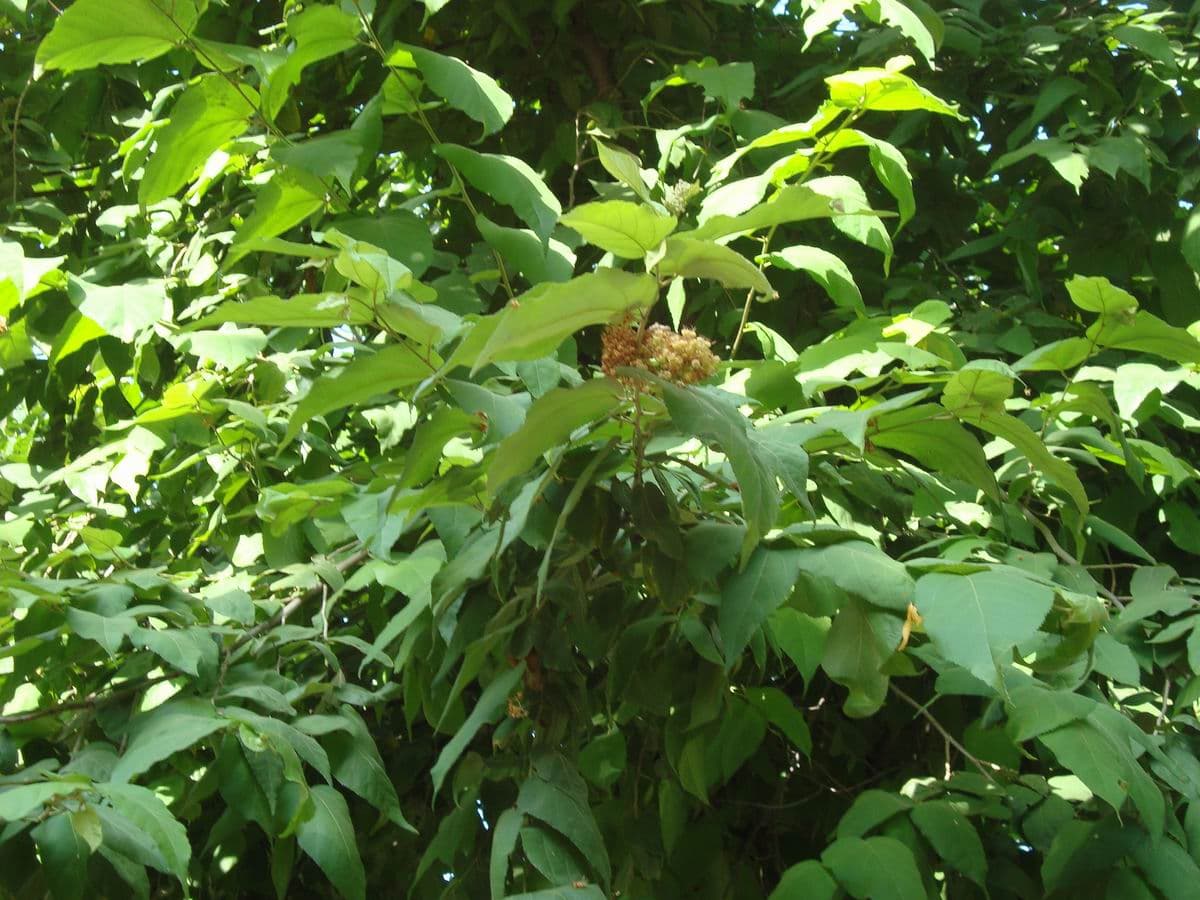 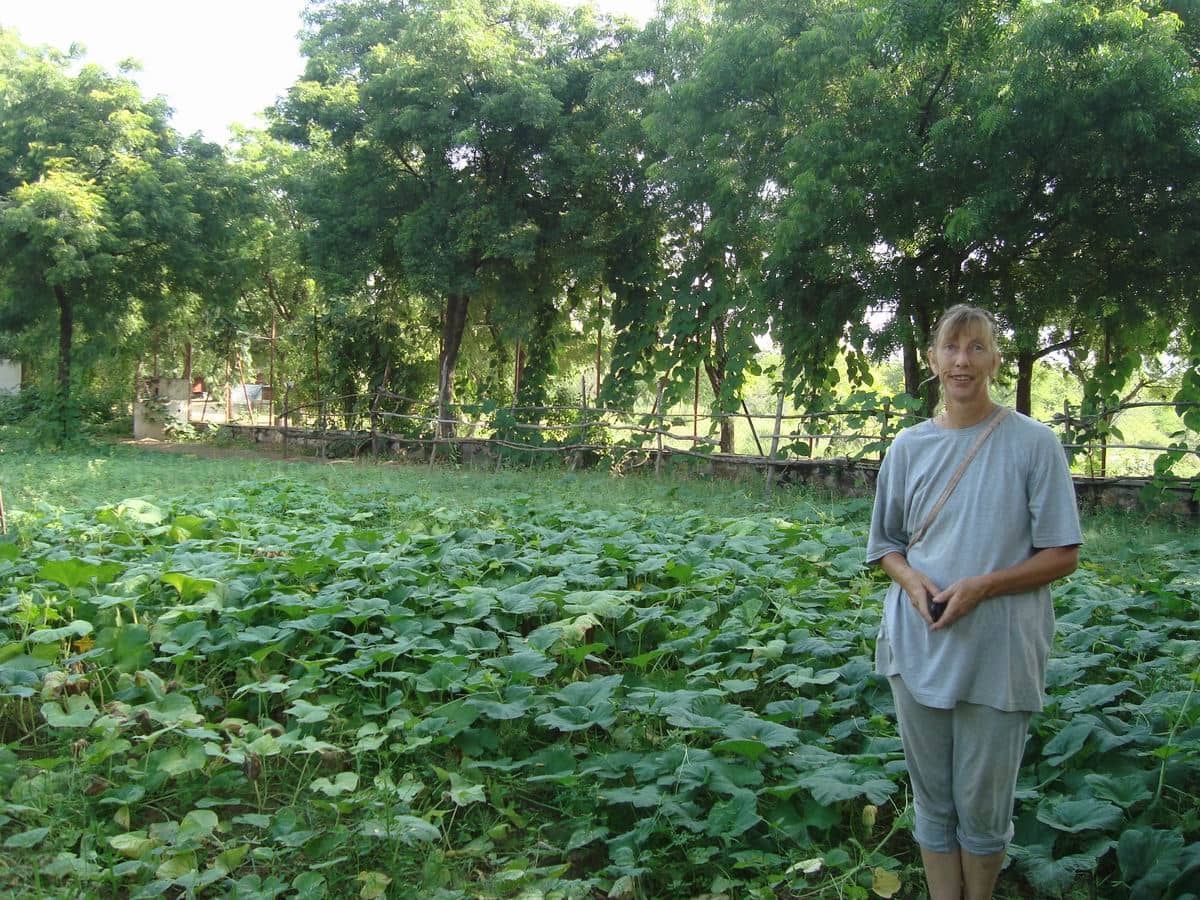 The west side of the Shiv Bagh was cultivated with varieties of basil and early salad greens as well as chilli and tomato seedlings, and a pretty edge border of flower varieties. This area has very fertile soil and has not been utilized for more than a year. After the monsoon it was full of 6 feet of weeds, which we removed by hand and used for mulch. It has heavy Bermuda grass roots inside and many of these were removed with the help of our tractor and plough. Nutsedge continues to be a problem in the whole Shiv Bagh area, but we have been constantly removing it since June and in some areas it is starting to disappear.

There was heavy weeding to be done in the workshop garden too. We have put this area under tall sprinkler irrigation, and the Shiv Bagh sprinkler outlets have also been checked, and we have purchased some new irrigation materials in order to make watering more efficient and less time consuming. We hope to do the same in our Big Garden area too this year, by using new 6 metre pipes and shifting the old leaking ones to the lemon area so that we can water the lemons without using the tractor and water tanker. 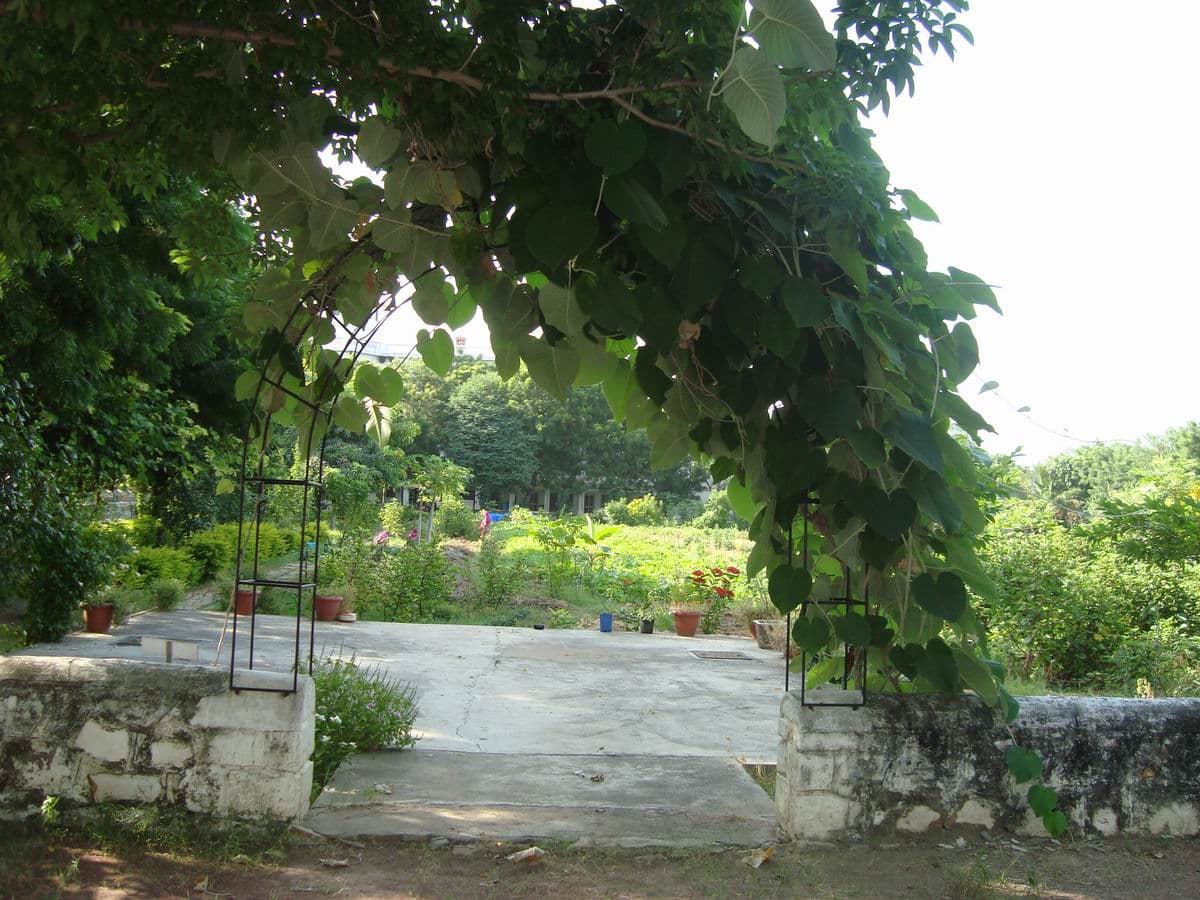 So this month most of the focus was on our workshop and Shiv Bagh areas, and there was a lot of pruning to do as well, and next month the winter plantations will need to be prepared in the Big Garden. I would kindly request to anybody intending to visit us during the Deewali season to please bring the following seeds with you as I have hardly any seeds left over from 2015:

We also have some custard apple fruit on our trees in the north area of the Shiv Bagh – and we planted some seedlings on the east boundary in August which are doing well, though it could take up to five years before they produce any fruit.

Rain is forecast in early October and until then irrigation is a daily demand, just as it is during the summer. Post-monsoon period is rather like a second summer, but there is a faint hint of autumn breeze during the mornings and evenings.

I hope to see many many of you during our annual Festival of the Lights.

All the best from
Jadan Ashram Gardens