UPDATE FOR AUGUST 2015 – POST MONSOON IN THE JADAN ORGANIC GARDENS

Up until the 15th of August it was hectic in our ashram as Swamiji and a group of more than fifty guests were here. It was great to have some regular help with the weeding and cutting of the kitchen grass with our manual mower and also to have lots of interest in our organic products – a big thank you to the tremendous support from the bhaktas for showing such enthusiasm towards the Organic Store. 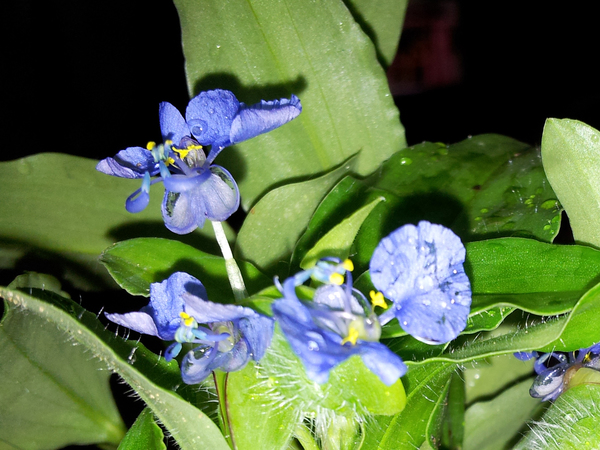 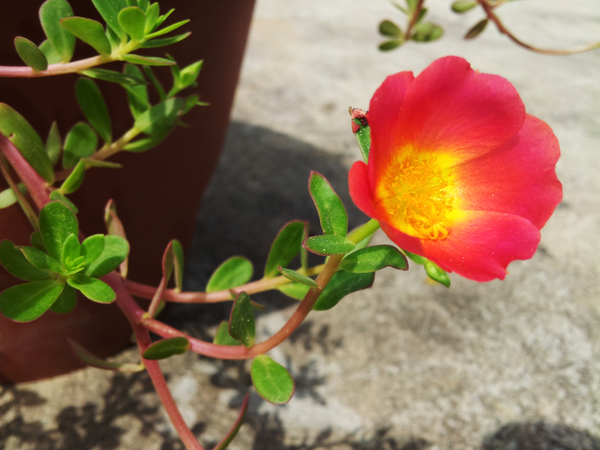 After the torrential rains of July the fields had a chance to dry out a little although water still lying above ground level around the ashram. Rain did not come between the 1st and the 11th and then again it was very heavy for 2 days and again from the 15th to the morning of the 17th and that was it for the 2015 monsoon. Everything in July and hardly anything for August and the predictions for September indicate an early withdrawal of the 2015 monsoon. 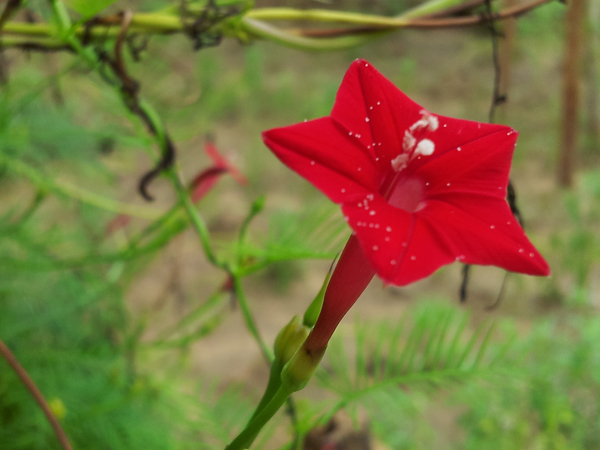 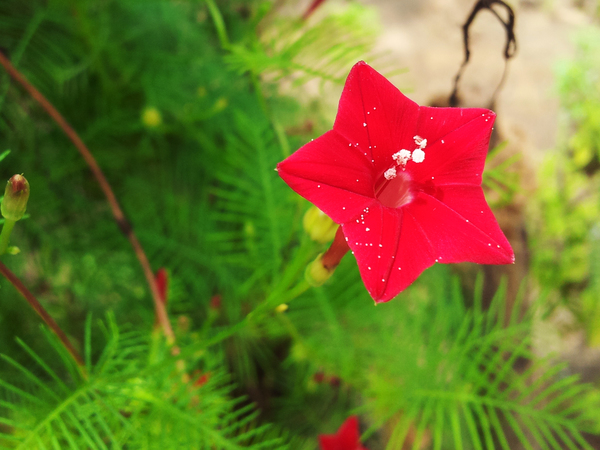 This meant irrigation work for the latter part of the month after a whole week of weeding our monsoon vegetables and in the meantime we managed to harvest more than 100kg of produce planted back in March and April. In addition to this many many of our ornamentals are flowering in joy at the constant downfalls in July and so this month we have devoted all of our photographic efforts to try to capture the many different forms and colours of the flowering plants in our Shiv Bagha and workshop gardens. (A big thank you to Shivpuriji from the wood workshop for these shots) 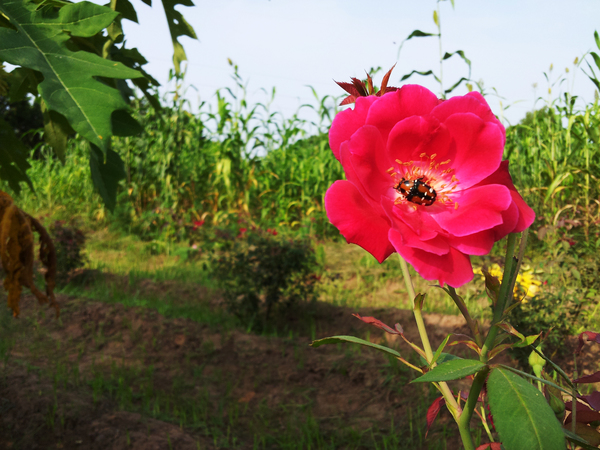 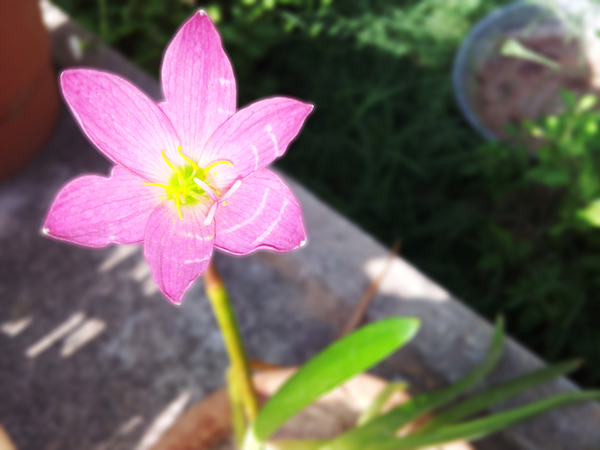 The jowar or Sorghum wheat in the Shiv Bagh has reached more than 2 metres in height and so this has been cut for the last 10 days on a daily basis and loaded into a big trolley and taken to the New Gaushala for our cows there. The cutting will continue until mid September and then it should continue to grow until Deewali when we shall re-cultivate the area with mustard and sunflowers. 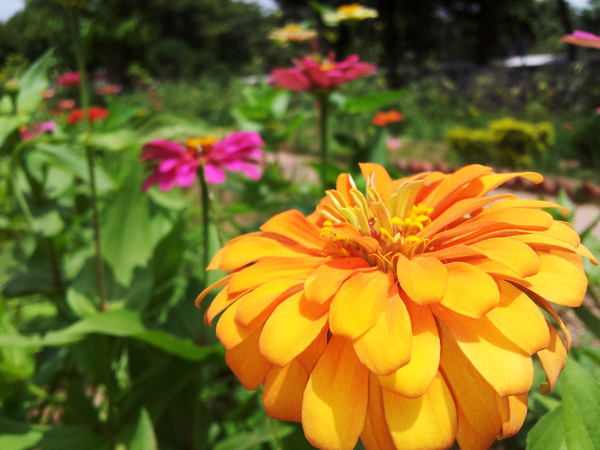 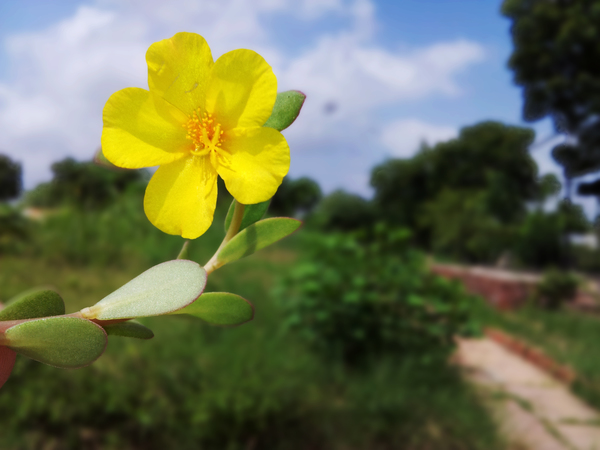 Raksha Bandhan holiday falls on the 29th this month and so our workers will take a 5 day break starting from the 28th. Many of them will spend this time in their own gardens or farms and do the needful. The year’s monsoon may have been beneficial for water harvesting and for the water table level but for agriculture is has not been so helpful. In July the fields were flooded and in August the rains cut out. 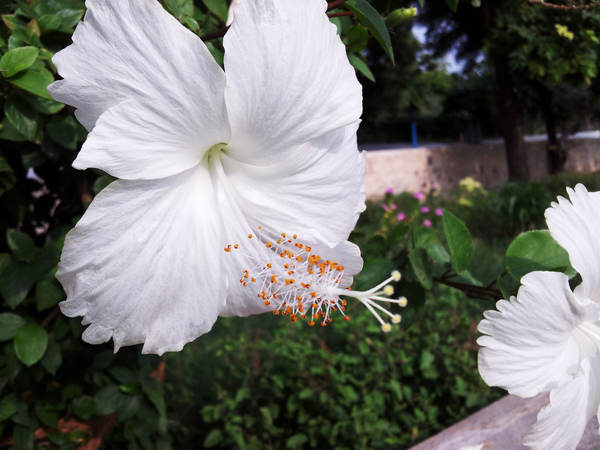 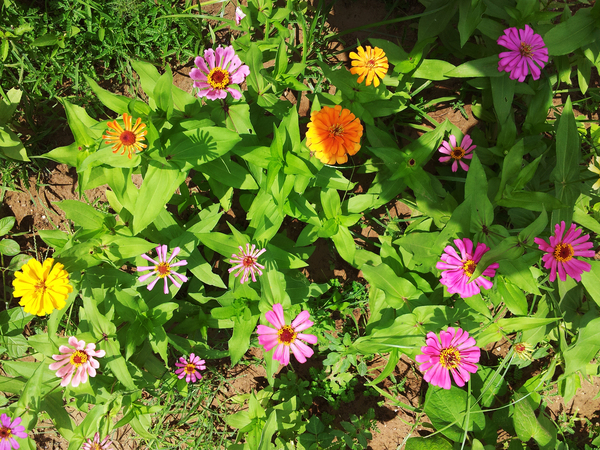 In our big garden near the vegetable plantation our corn mostly failed but the chawla or cowpea is flowering though pretty much hidden by long grasses which we plan to weed out in September. This will provide a tasty raw bean for our salads along with snap melon and Lebanese type cucumber. In fact September promises to be a harvesting delight and I hope to share more pictures with you featuring some of the vegetables and salads grown here in the September and October season (from seeds sown in July and August) 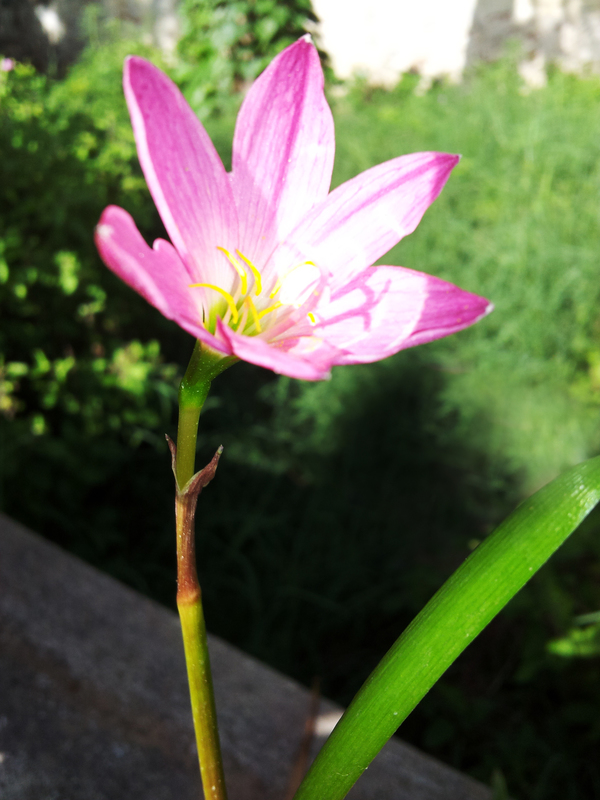 One of the most interesting seeds that we are trying is from Mexico – a tuber called Jicama(Pachyrhizus erosus) which can be eaten raw and apparently tastes like a cross between a potato and an apple. There are some new plants purchased from our government research nursery and this includes a variety of orange called mosambi which will be planted along the fence in the Shiv Bagh and which will one day hopefully provide us with a sweet citrus juice.

This month the trees from our sapling nursery - all native varieties - were planted out near the talab and in the New Gaushala in conditions most conducive for transplanting - drizzling rain and cool. Those days already seem so far away as now the temperarture is back up to the mid thirties and the sun is burning.

Soon it will become less humid and so drying season will start again as we harvest leaves and flowers to be packed for our organic store shelves. It looks as though we have 2 hot and dry months ahead of us but at least we shall be producing. On the 27th 19kg of lemons were collected from our trees and if 2013 is anything to go by they should be producing until January.

Please continue to pray for rain!