The month was hot and hectic and dry, with temperatures ranging from 35 degrees celsius to 42 degrees – one of the hottest and driest Septembers in many years.

Fortunately we are literally swimming in sweet rain water and so, although irrigation was intensive this month (we had only one rainy morning on the 22nd), we managed to grow nearly 1 quintal (100kg) of pumpkins and harvested nearly half a ton of veggies and 2 quintals of lemons. This meant many hours of harvesting and weeding, and towards the end of the month we started to think about winter vegetables and the cleaning up of areas in preparation for early autumn planting of mustard, roquette, palak (spinach) and basil. 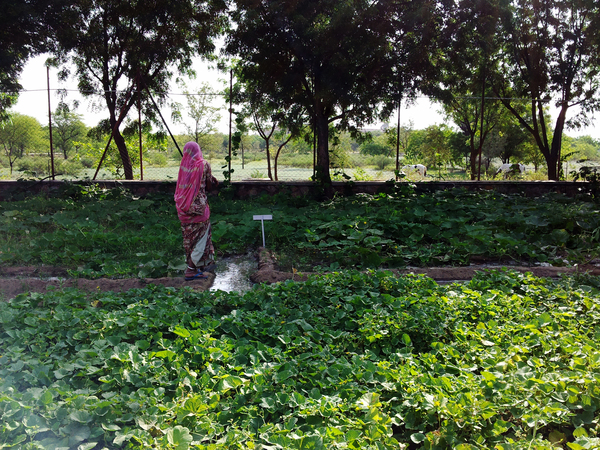 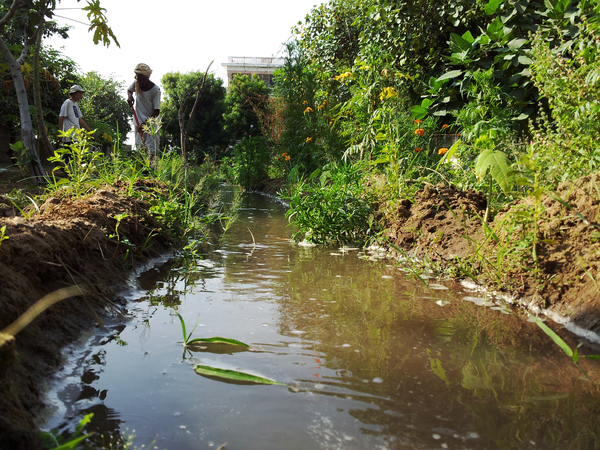 Our team from the local villages was fortunately available for the whole month and so every day we had marathon programmes spread over 3 growing areas. In the meantime, the fodder plantation in the Big Garden which was planted last October, is still going and growing strong with lucerne and Napier grasses; and last season's jowar (sorghum) and the Brazilian passion fruit vines are coming into their 6th year and all but two of the fig saplings have survived. Sometime in November after the Deewali break I hope that we can start cleaning up the whole Big Garden area as there are grasses and monsoon vines everywhere. Our priority for October is to prepare areas for our winter root vegetables and leafy greens which include salad and spinach, Swiss chard and parsley.

Mid-month the area opposite the workshop wall was cleaned up and we ploughed there after transplanting the mint to areas in the Shiv Bagh and near the workshop rose bushes and two areas were prepared – one for roquette and one for transplanting our chilli seedlings. The monsoon tomatoes were transplanted to the area near the gourd plantation on the 14th. 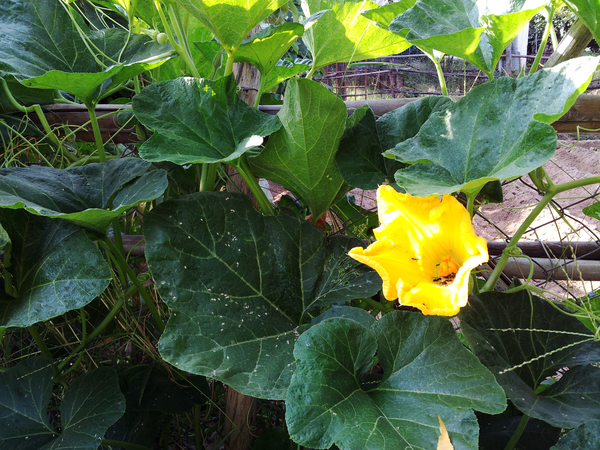 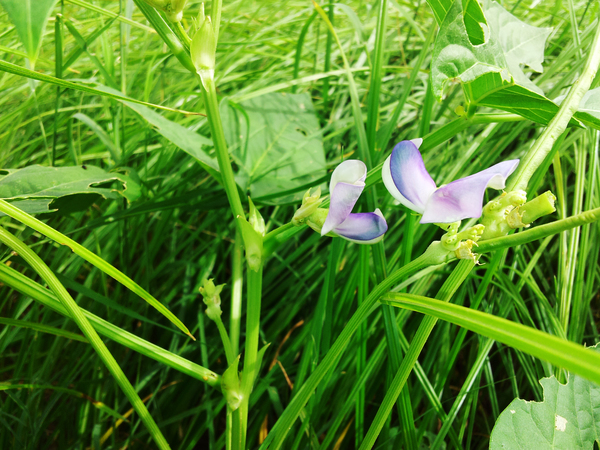 During this month our baigan (eggplant) plants were pruned and some removed, as the fruit developed a disease and maggots were found inside them, The area was too congested and the rose bushes were also becoming diseased due to lack of air flow. Towards the end of the month the plants were back to normal. In the Shiv Bagh the new channels were weeded and we started to mulch in between the channels in order to save some time and also because we may plant some vegetables there next summer. Many of the papaya trees are bearing a lot of fruit, though to date only 5 pieces have ripened; and the rose bushes were pruned – the branches thinned and diseased branches and deadwood removed. Next month we shall fertilise all of the old beds and the new channels. On the last day of the month an area was prepared in the east lower bed for some early palak in the hope that we shall have some baby spinach for Vishwaguruji when he next visits ashram.

The lemon trees yielded nearly 200kg of fruit this month and so Janaki made some special preparations – a sweet spicy chutney which is perfect with pakoras and a very traditional one that involves lemons salt and a mattkar (clay pot). The trees will need to be fertilised and irrigated next month – they stand in the area that feeds into the talab but it is now hard and dry and our temporary “lake” throughout the ashram has now gone underground. The grasses are yellowing and soon it will be time to start cutting them and tying them into bundles which will then be stored until the summer, for horse fodder. 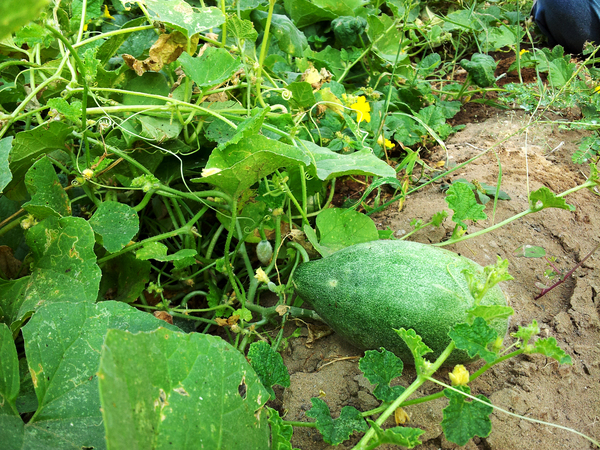 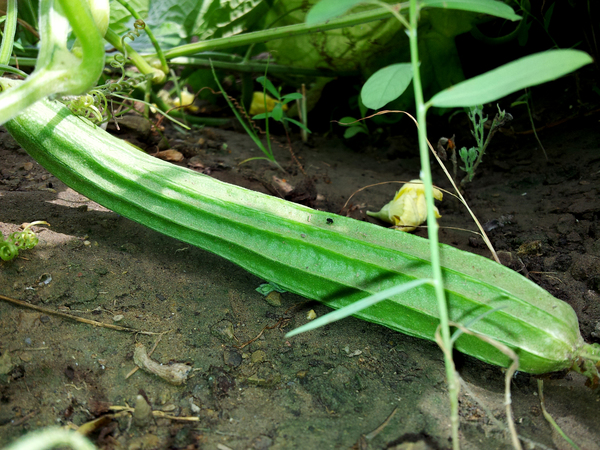 By the end of the month the humidity was dropping and the mornings were cool and after 9pm it is also beautifully cool outside, but October will be a hot month and there will be at least 10 days of 40 degrees and possibly more. Rain is always welcome, but increasing unlikely now that the monsoon is behind us.

If I may request, as last year, for any lettuce or parsley, beetroot or radish seeds as well as tomatoes or interesting varieties of spinach including New Zealand spinach and mangold/chard – all of these seeds are unavailable in India or difficult to find in Heirloom or pureline cultivars. We received a beautiful selection last year and still have a few packets left, but not enough to cover our needs. The butter lettuce is by far the best growing and most tasty cultivar amongst the salad varieties and cherry tomato seeds are also very wonderful. Basil seeds are especially needed as our last two plantations failed from seeds saved during the last 7 years.

Also – just a reminder that winter in Jadan is a wonderful period for training in the garden and fields due to the temperate climate. We still need paving knives and at least one pair of bypass or anvil loppers – one of each would be great and if anyone has any good experience with pruning hedges or rose bushes then please book your ticket now! A pair of good quality hedge trimmers would be welcome FYI. 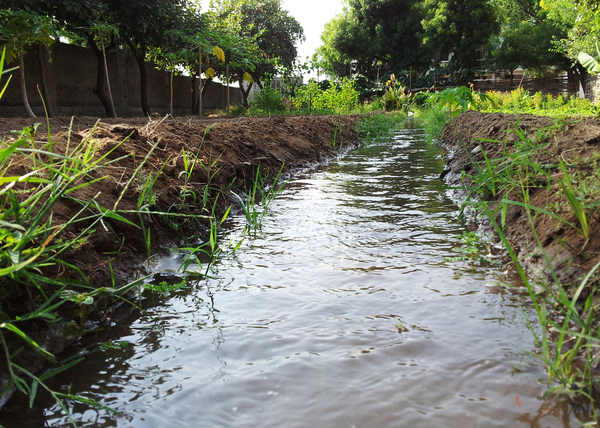 I look forward to seeing you in November – Deewali is on the 11th of November this year and so most of the winter seeds should be in by then. We hope to plant some traditional cultivars of cotton, spelt, sunflower and flaxseed (alsi) sometimes called linseed, near the mustard in the Shiv Bagh and these will also create some more beautiful flowers to keep our honey bees content during the winter seasons of Hemanta and Shirshira. Linseed grows really well here in the winter and the tall thin plants have beautiful blue flowers.