Greetings from sunny Jadan where the sky is ever blue...

and the sun shines daily, except now it is considerably cooler and the mornings have been as cool as 4 degrees celsius and days mild at around 25. So now the dormant phase has arrived and trees are starting to yellow and drop their leaves. Now after irrigation the soil remains muddy and cool for up to fifteen days and sometimes the wind picks up and one can feel the icy glaciers of the Himalayas from afar and yet Vishwaguruji always assures us that winter is only until the 15th of January when the sun starts its journey northwards (Uttarayaan) again and the locals stop eating mooli! 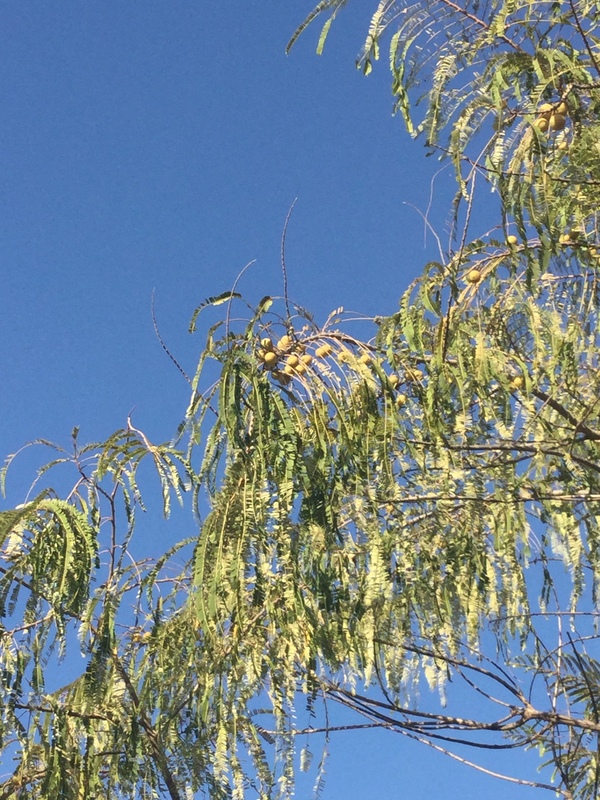 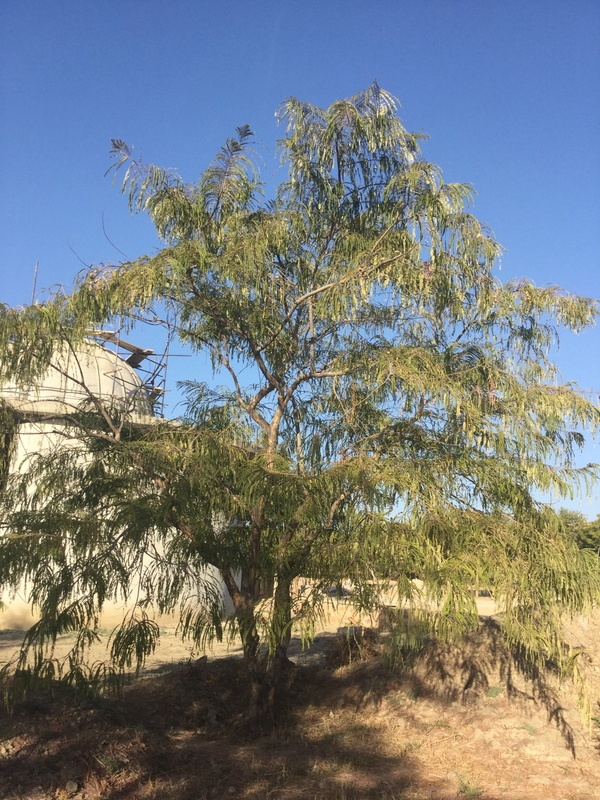 This month as you can see from Geetapurijis' photos we received quite a few kilos of amla fruits from our Rani farmhouse and most of them were lightly boiled and then segmented for drying in the mild winter sun and later we shall grind them and use that powder as a very valuable source of vitamin C – in a form that can easily be absorbed by the body. This little Indian gooseberry (Phyllanthus emblica) contains 700mg of vitamin C for every 100g and in ayurvedic science it is held in such high regard that it is known as the mother amongst all medicines. It is one of the fruits used in the famous laxative triphala churna, and is also prepared in pickles and candy, and even hair oils and shampoos, as it nourishes the scalp and increases the abundance and quality of hair and accelerates hair growth. What a treasure. It is believed to have originated from some of the drops of nectar that fell to mother earth after the churning of the ocean. The amla tree itself is breathtakingly beautiful and much softer and more graceful in appearance that most of our native trees here and it is not at all thorny, but very tall and winsome! Nowadays in India amla juice is widely available – organic mostly. 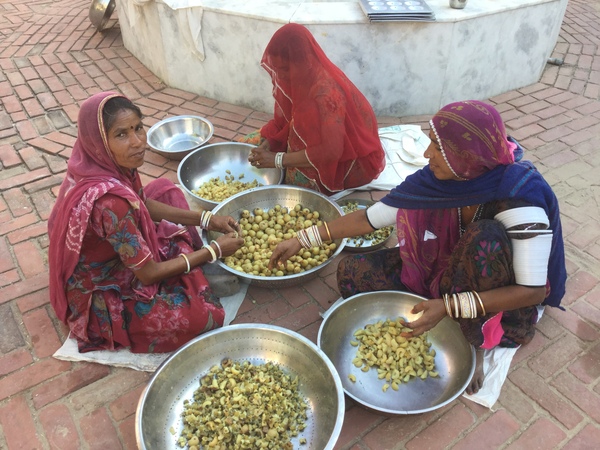 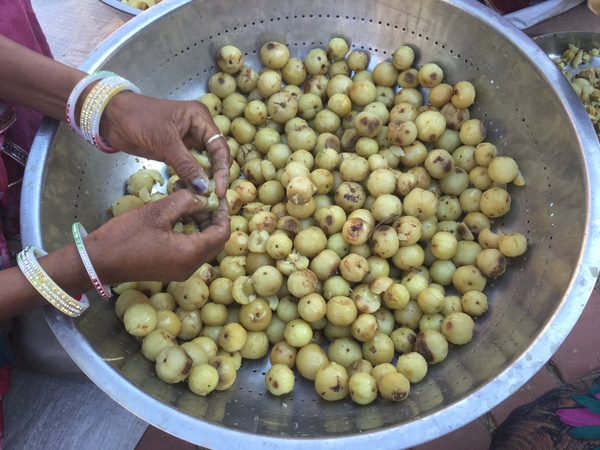 We also prepared some leaves of our moringa trees for drying this month and made a powder from these. Towards the end of the month there was enough lettuce for simple salads, and we also had every second day a warm root salad with turnips and beetroots – so nourishing and satisfying in this climate.

Now – instead of seeking shady trees – we are seeking sunny spots to sit and soak up the weak rays of warmth as the sun remains like this until the end of February and the second phase of winter – shishir. In 2016, vasant, or spring, officially starts on the 19th of February. Shishir season or ritu started on December 22nd this year, so we are only five days into it. As with all things in this part of Rajasthan, there is nothing mild in the nature – the climate is extreme and though the days may feel temperate, the night temperatures plunge into single figures and the rooms feel like fridges. No wonder the trees and plants go to sleep until March! I also feel like hibernating sometimes! 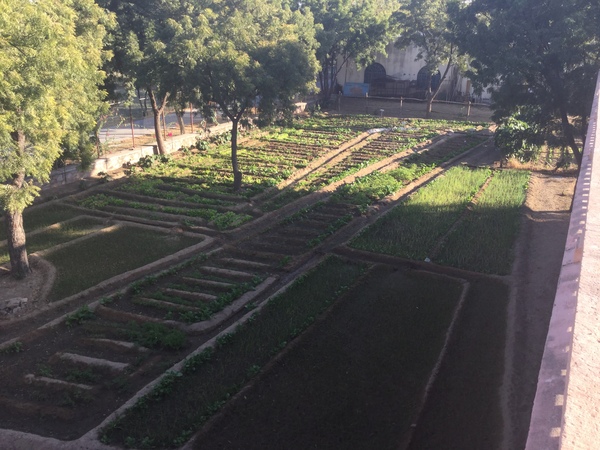 Therefore it is an ideal time to work in the gardens, as the sun is so clement and there are flowers and fruits to collect and always the morning herbs and salad and roots and leafy greens harvest. This year we have a tasty cabbage from China called pak choi which is considered as a “powerhouse” vegetable due to its high content of vitamin A and C. It is not actually literally from China, as I got the seeds from Jayadeviji in Kailash where she also cultivates it in her superb garden there.

So if you need to be rejuvenated and warmed up with sun baths and soothing herbal teas book your ticket now. January in Jadan is a cultural feast of events, and we have many programs and projects on the timetable, not least the 14th when we consume a delicious and wholesome treat called tilod which is a sweet dish made from jaggery sugar and sesame and corn, and when kites are traditionally flown all over the state.

See you soon I hope.

Happy New Year and thank you to all those who donated seeds and tools and enthusiasm and knowledge to the gardens in 2015.