On today's date (27 July 2014), which is in Siva's auspicious Shravana month in the Vikram Samvat year of 2071 (the Vedic Lunar calendar), here in the Yoga in Daily Life Ashrams in India we are celebrating the anniversary of the mahasamadhi of our Paramgurudev Sri Devpuriji – who some 70 years ago merged with Brahman, the Absolute Reality.

In India there is a tradition of celebrating the day when a saint leaves their body and merges with the Absolute. The reason for that is because true saints are free to come and go as they like and they are not returning to the cycle of birth and death, and it is therefore a cause for celebration. 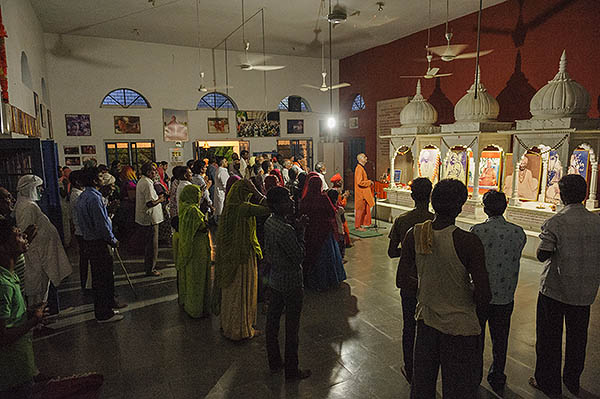 The biggest satsang was organised in Kailash Ashram, in the district of Sikar, Rajasthan, where Devpuriji Babaji spent most of his time and had a small ashram. Satsang started with prayers and was then followed by singing bhajans and telling stories from the lives of saints, especially about Devpuriji and his great disciple Mahaprabhuji – both of them being as One, even during their lives. 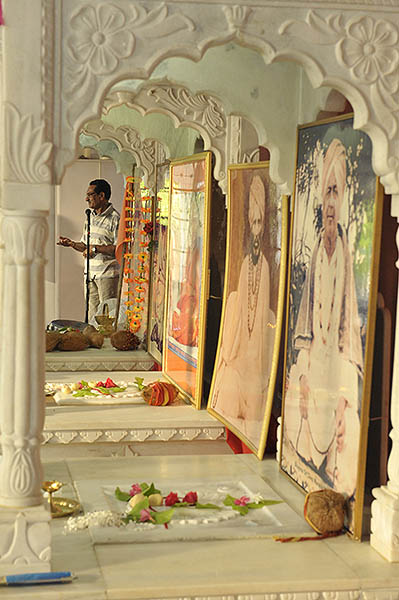 After a whole night of satsang and bhajans, in the morning prayer was again offered on the place of the samadhi; and then prasad, blessed food, was distributed to the poor and the people who attended the program. In Kailash Ashram the presence of Devpuriji is visible through his bhaktas and followers. Still today there are many people who witnessed the miracles of Devpuriji. (Please check Lilaamrit.org for more details.)

Saints are present everywhere, sometimes they are known, but most of the time they are not. We have had the blessing to be introduced and become aware of the life of one of the great Indian saints whose work is now continued by H.H. Vishwaguru Paramhans Swami Maheshwarananda. It is our privilege to be a part of such a rich culture like India and to witness such programs.