All over India, this day is dedicated to Lord Ganesh, one of the most popular Hindu deities.

It is a celebration of his birth, which is a truly peculiar one; there is a whole legend behind it...

According to the Shiva Purana, goddess Parvati, the consort of Lord Shiva, did not want to be disturbed while taking a bath and thought of the possibilty of having an attendant entirely of Her own. She liked the idea and made a statue of a boy out of the saffron on Her body, blessed it and it came alive.

She instructed him not to let anyone come into Her room, no matter what. The little boy succesfully prevented everyone from entering, but when Lord Shiva came, He could not understand. He lost His temper and cut off the boy's head, which enraged Parvati.

In those dire circumstances, to calm His wife down, Shiva ordered people to get a head of the first creature they come across and put it one the boy's body, who will, in that way, become alive again. They started searching and came first to an elephant, took its head and did as Lord Shiva had instructed them, putting it on the boy's body, who was thus revived.

Shiva then apologized to Parvati and accepted Ganesh as His son, whom He blessed to be worthy of worship forever and to be the prime remover of obstacles. The latter is the reason why people, even to this day, invoke Ganesha before any new undertaking in order to clear the path to success.

There are many more stories on why and how this happened, and are interesting to read. 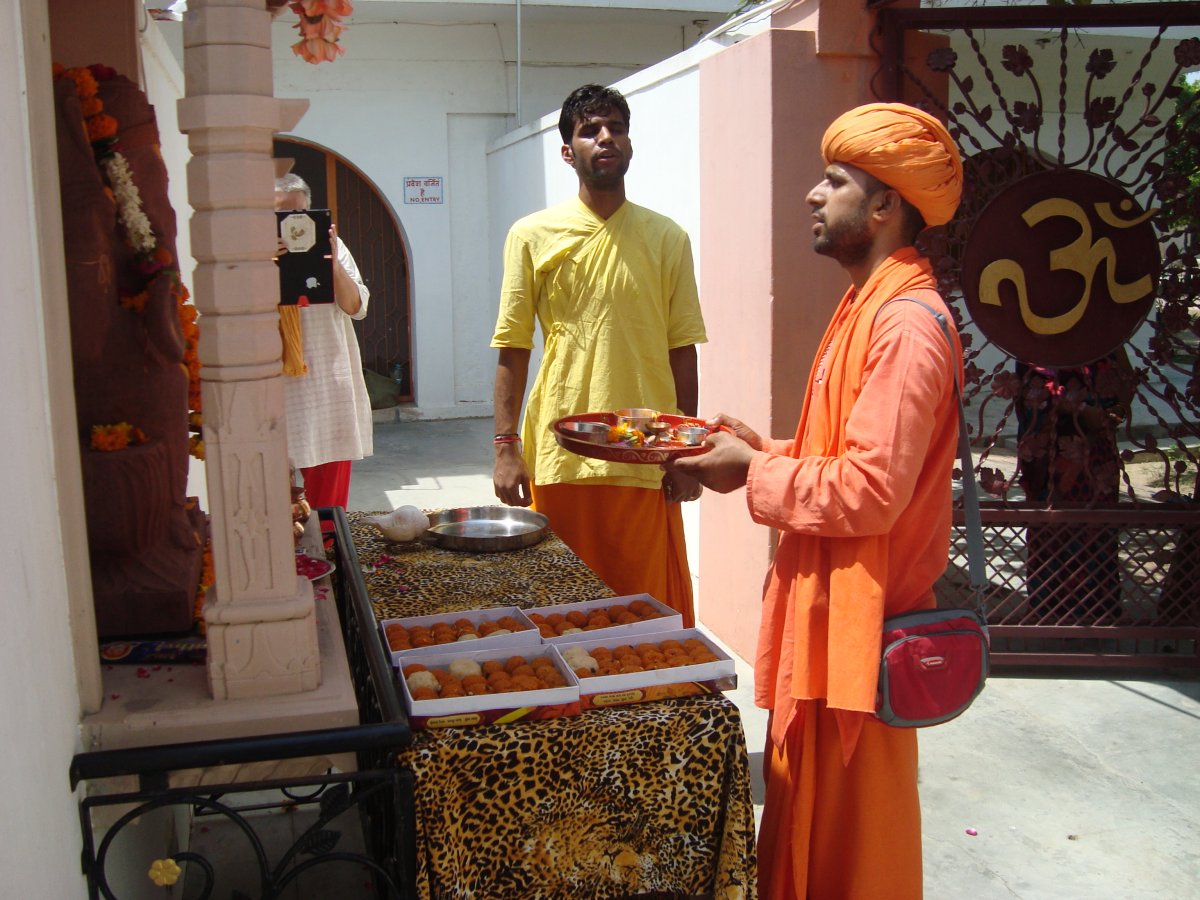 We in Jadan Ashram were also blessed, for luckily there were no difficulties in performing the puja in front of Ganeshji's statue. There were many of us present: local guests, the international sevaks, some of Ashram's personnel, and students from the Gurukul who seemed particularly pleased at the occasion.

While the ceremony was performed with chanting of mantras, the statue was decorated. Afterwards we all went to the Shiv Mandir, where we had a Ganesh prayer and received prashad.

On top of it all, a former student from our Gurukul donated and organized the preparation of a delicious traditional meal for this beautiful event.