Success of a Gyan Putri 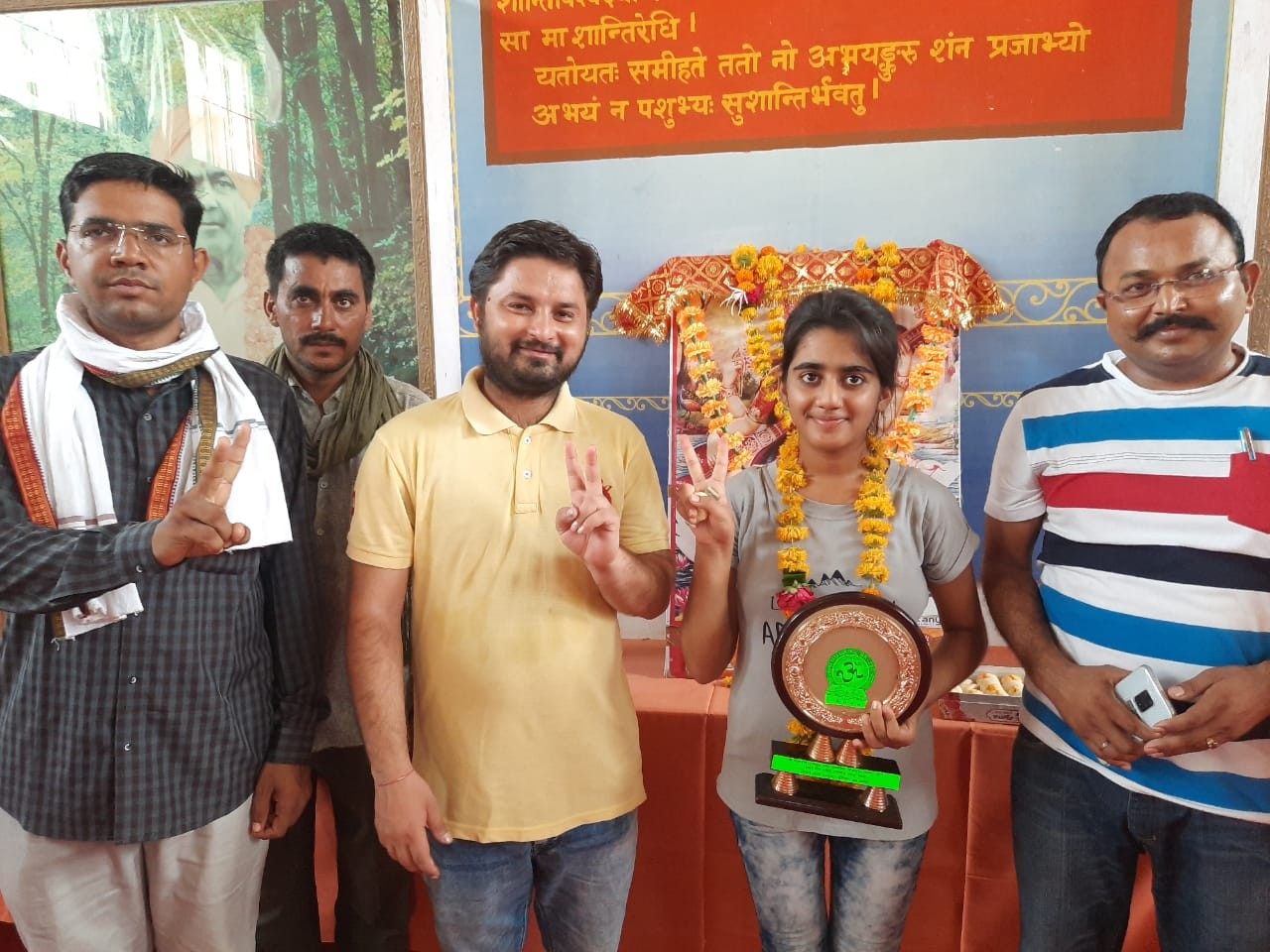 A Gyan Putra girl student Nirma Tanwar from our Jadan School scored excellent result in 10th class Rajasthan Board Examinations and achieved second best percentage on the Pali district level among 30674 students of 10th class who participated at exams! 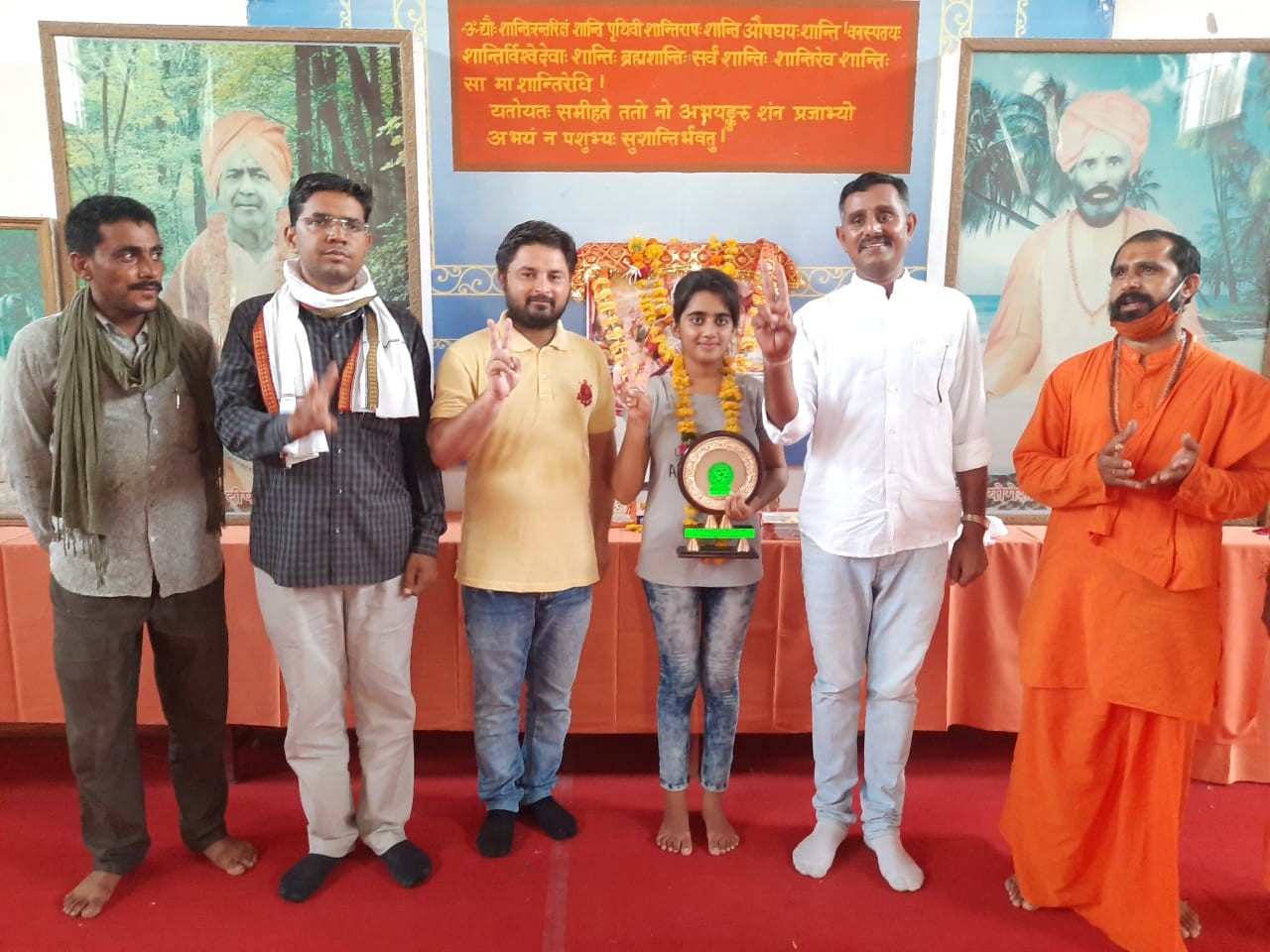 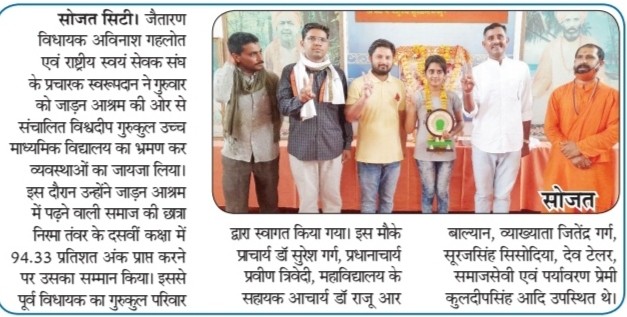 Her success story was widely covered by all local newspapers as she comes from a poor family which has the only income from selling the vegetables and flowers at the movable stall in Sojat City. All media mentioned she was given free education in our School under Gyan Putra Scholarship Scheme. 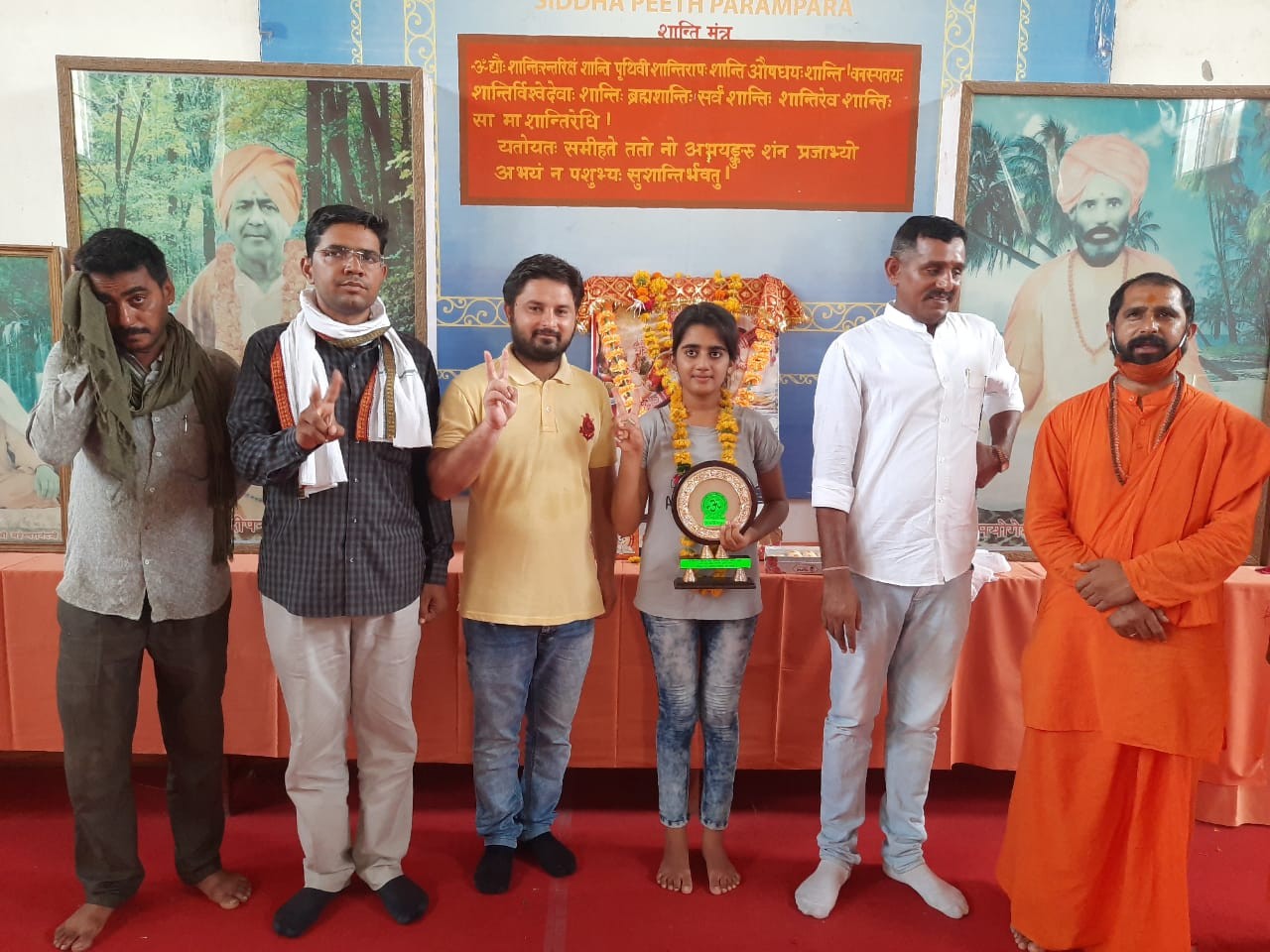 People responded and the flour, rice and other foods were bought. 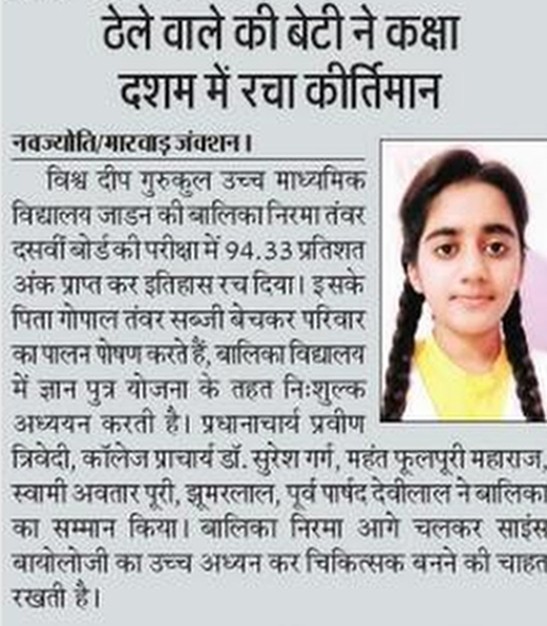 Translation of Newspaper Article published in Rajasthan Patrika on 30/07/2020:

A student of 10th class of Vishwadeep Gurukul Senior Secondary School Ms Nirma Tanwar passed the examination with the result of the 94.33%! Her father Gopala Tanwar supports his family by selling vegetables. His daughter studies free in the school under the Gyan Putra program.

In the presence of principal Praveen Trivedi, college principal Dr Suresh Garg, Mahant Swami Phulpuri, Swami Avatar Puri, Jhumarlal Garg, Devilal and others she was awarded for her success. She would like to become a doctor. 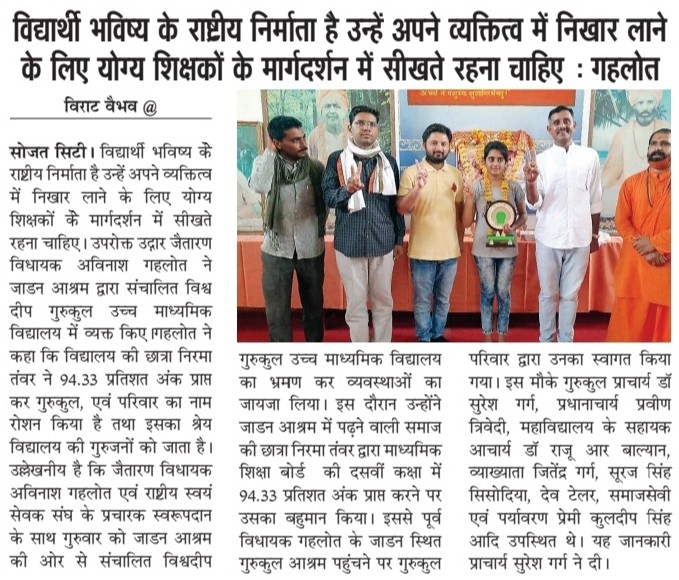