In sweet remembrance of Guruji

Eleven years have already passed since our beloved master, Guruji, went to Mahasamadhi. There are no words to express the grief all the bhaktas felt, the emptiness it left behind. Nevertheless, today that day is celebrated with great festivities, with many people gathering for satsang to honour His name. And this year was no difference. Bhaktas started gathering already in the morning of the 30th. In fact, this year the event was on the same date as 11 years ago. As you probably know, such events are not celebrated in the same way in India as they are in the west. Here, it is done according to the lunar calendar, which means that they do not celebrate it on the same date, but on the day when the moon is in the same position. In this way, the event comes on a different date each year. However, this year the moon was in that position on the same day, the 31st October. The Indians, quite many of them, who came all the way from Gujarat were nicely accomodated in the tail of the Om Ashram, and the rest of us, the western disciples, in the residential part. We started with the satsang in the early evening, everybody gathered at Swamiji's feet. We were listening to Him, drinking the nectar of His words even if we did not literally understand them as they were in Hindi, because the air itself was filled with devotion and piety, with fondness for our Guruji. 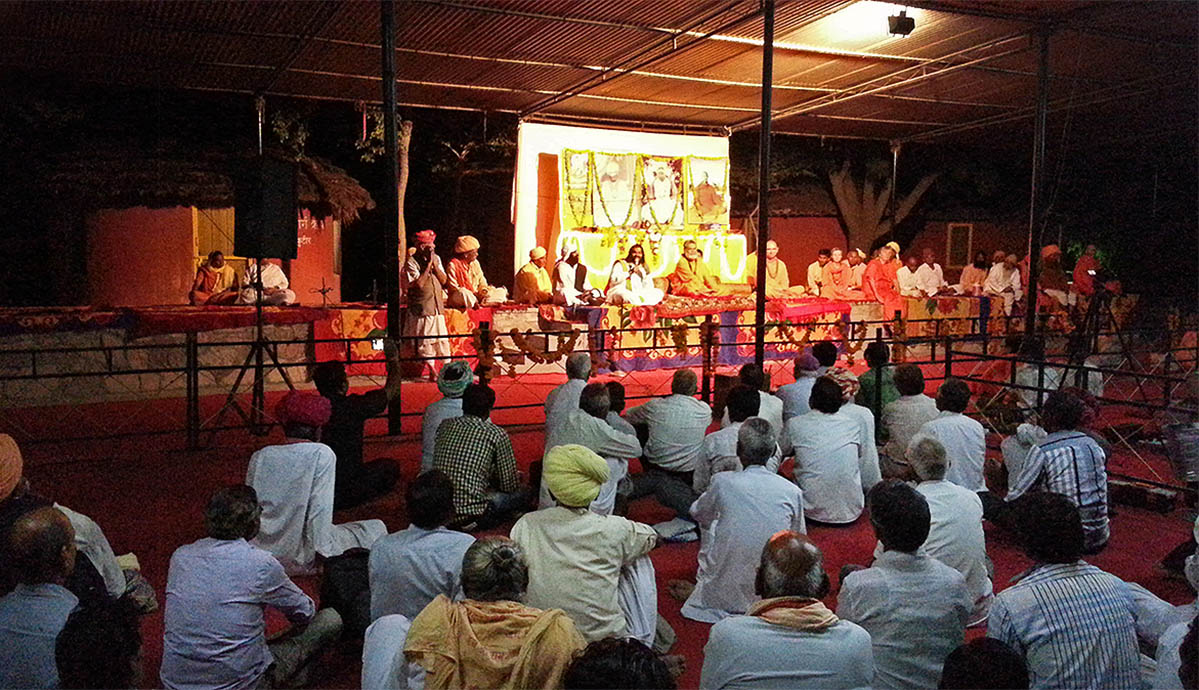 Bhajans were sung, people rejoiced. Our dearest Swamiji received bhaktas, prashad and garlands, and was abundantly bestowing His blessings. In addition to that, this year we were blessed by the presence of many sadhus, male and female, who gave the whole occasion an even more solemn tone, and who got the opportunity to speak. Those of us who did not understand them also enjoyed hearing them, because it was obvious they were speaking of the glory of Gurudev, of God. 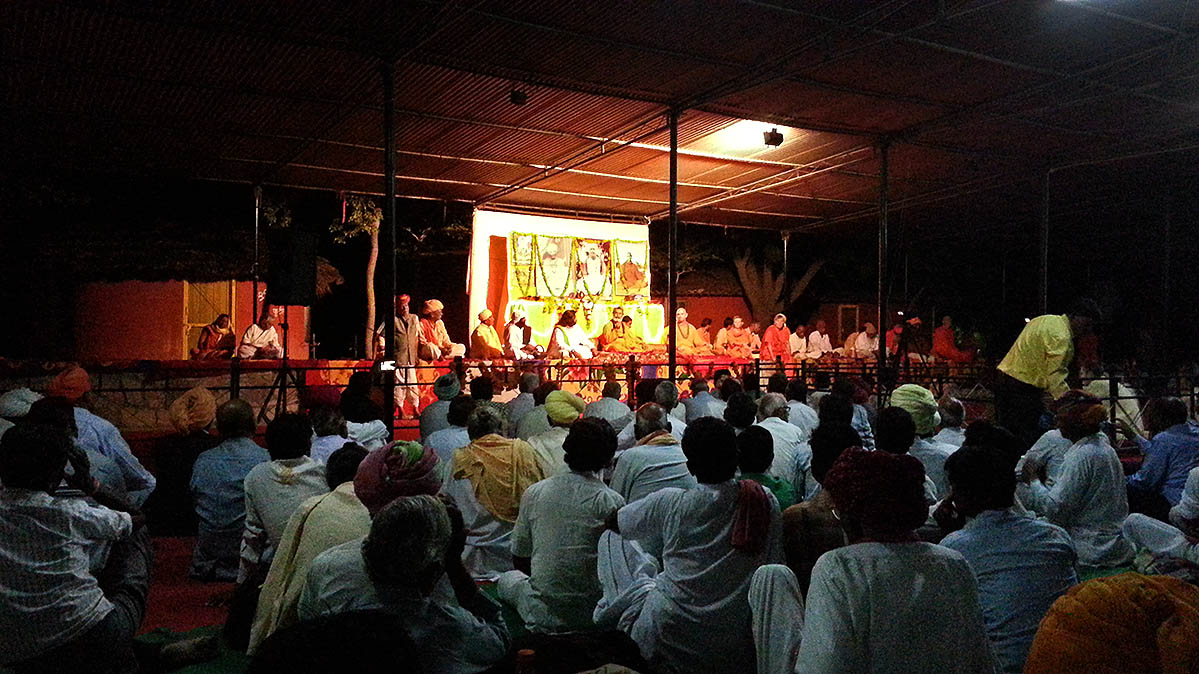 The celebration went on through the whole night, with many people singing, expressing their dedication and love in most melodious and harmonious ways imaginable. And not only were bhajans sung, but also Indian ragas. Sadly, a tradition that is disappearing in modern India, being replaced by commercial pop culture, in music as well as in film. A tradition so rich, one that has existed for a very long time. This classical musical genre is unique for this part of the world. It uses a melodic framework for improvisation, a given set of notes within which a musician moves up and down in ways characteristic to the raga, creating a mood or atmosphere (rasa, as it is called in India) that is unique to the raga in question. That is what associates a raga with a particular time of day or a particular season. A brilliant form of art that is slowly fading away. Nonetheless, people, as we saw, still enjoy singing, playing and hearing them, which is warmly encouraged by Swamiji, by the ashram, by Yoga in daily life itself. Actually, it is not only this form of human artistic expression that we support and encourage, but all traditions that add a beauty to the existence, all folklore and old customs through which people express their wisdom, joy, inspiration and all the sentiments of daily life. Through this we hope to maintain not only the local characteristics of nations, but also to preserve the dignity of humans which is so uniquely expressed in each ethnic group, to ensure the survival of all good traditions, to protect them. And that is one of the main goals of Yoga, which aspires to preserve and uplift everything that is good in people. This year, this was done by celebrating our Divine Master, Hindu Dharma Samrath Paramhans Swami Madhavananda Ji. 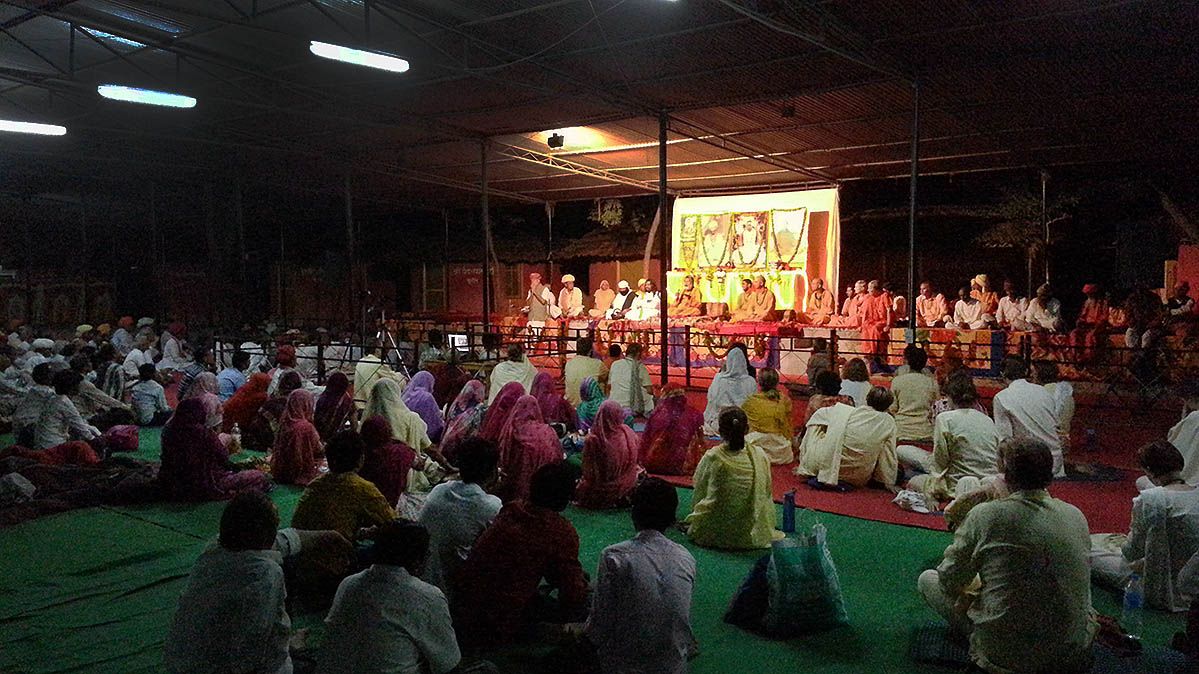