In the Christmas Spirit

On 24th December 2014 under the umbrella of Om Sri Alakhpuriji Siddhapeetha Parampara blankets were distributed in Om Ashram, Jadan, Pali.

In the morning hours workers and the staff of the ashram, school and college were called to a program in the school. They were pleasantly surprised when they found that the program is actually for them. 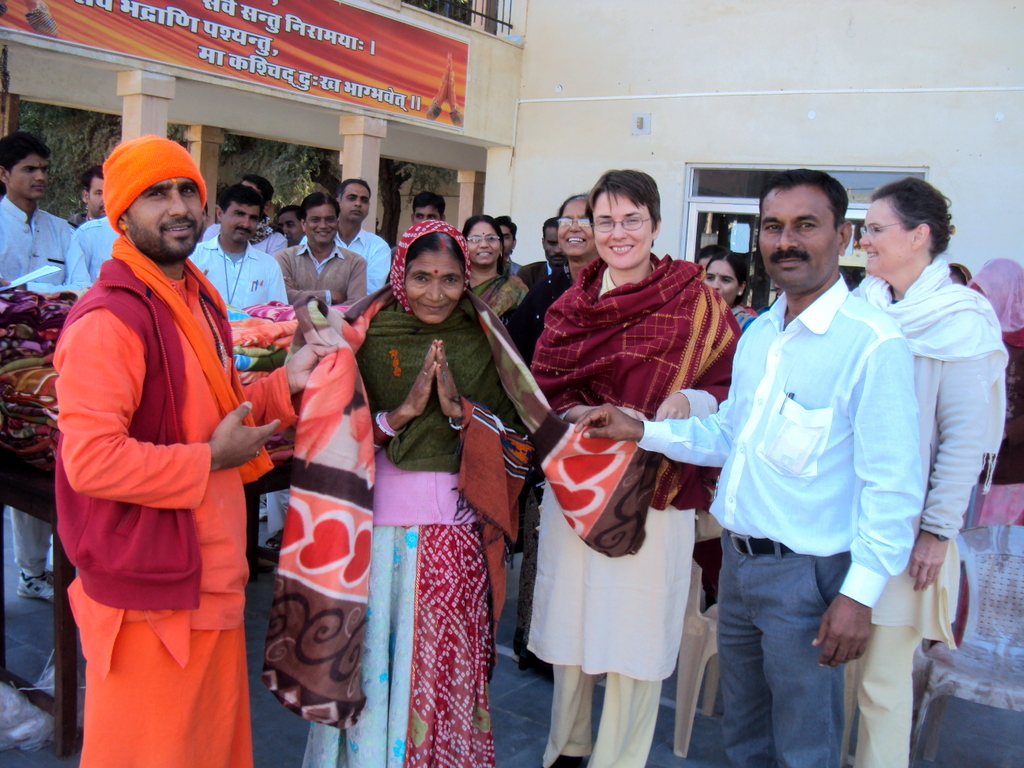 Sarpanch (mayor) of Jadan village, school principal, Swami Yogesh Puri and Swami Phulpuri with ashram bhaktas were waiting for them there and gave to each one of them a beautiful new warm blanket. Program was organised by Vishwaguru Swami Maheshwarananda, who sent his blessings as he could not be present there. 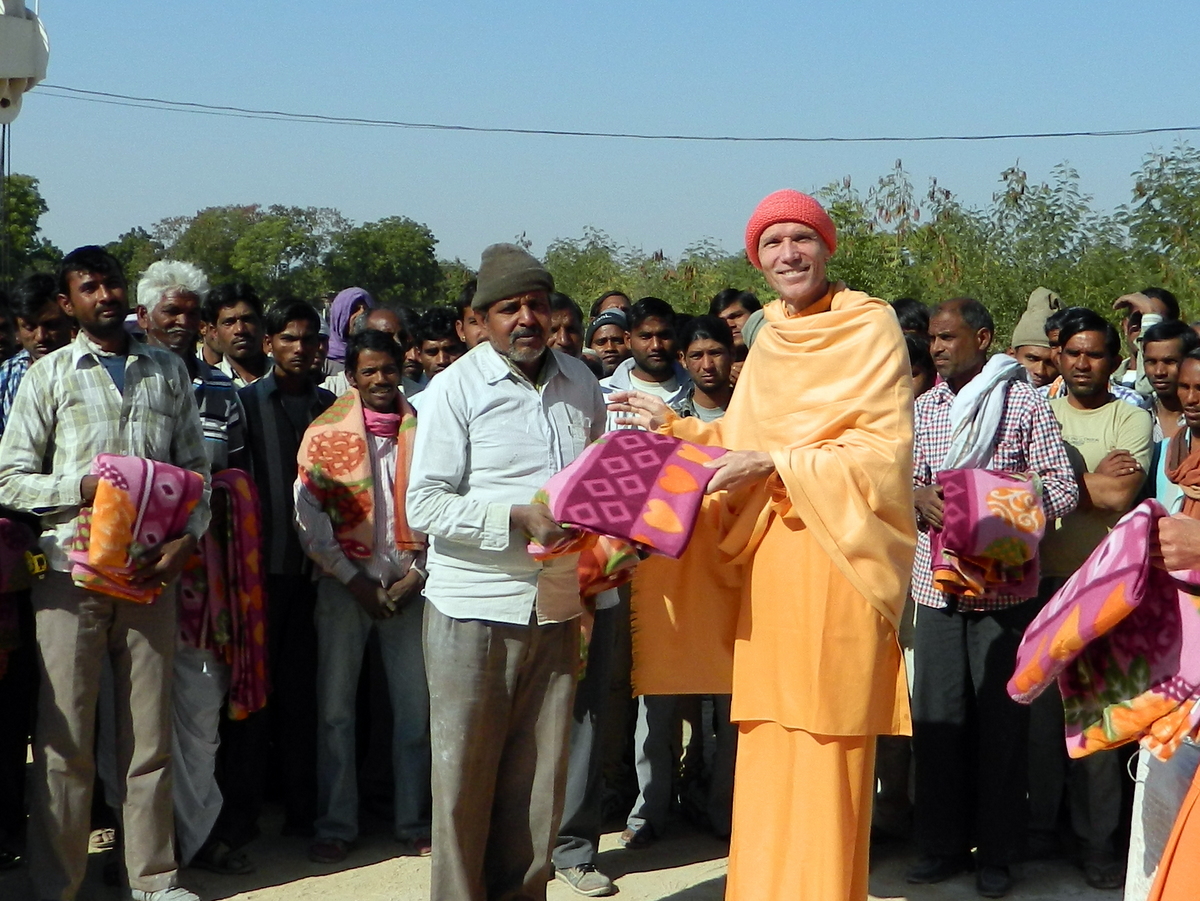 Happiness of the people was clearly visible and everybody fully enjoyed. Program started in the school and then continued throughout the ashram and lasted for more than an hour. 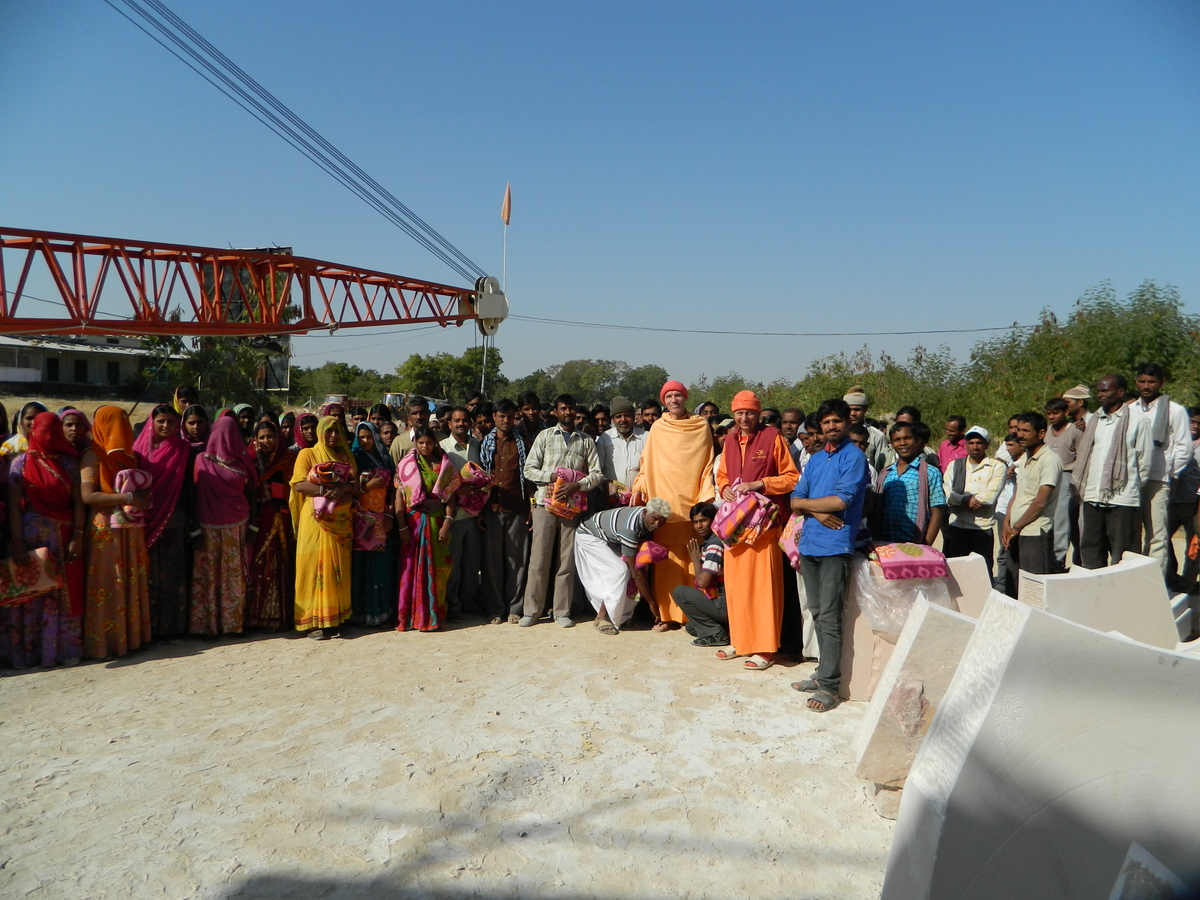 Program was also covered in the local newspapers. 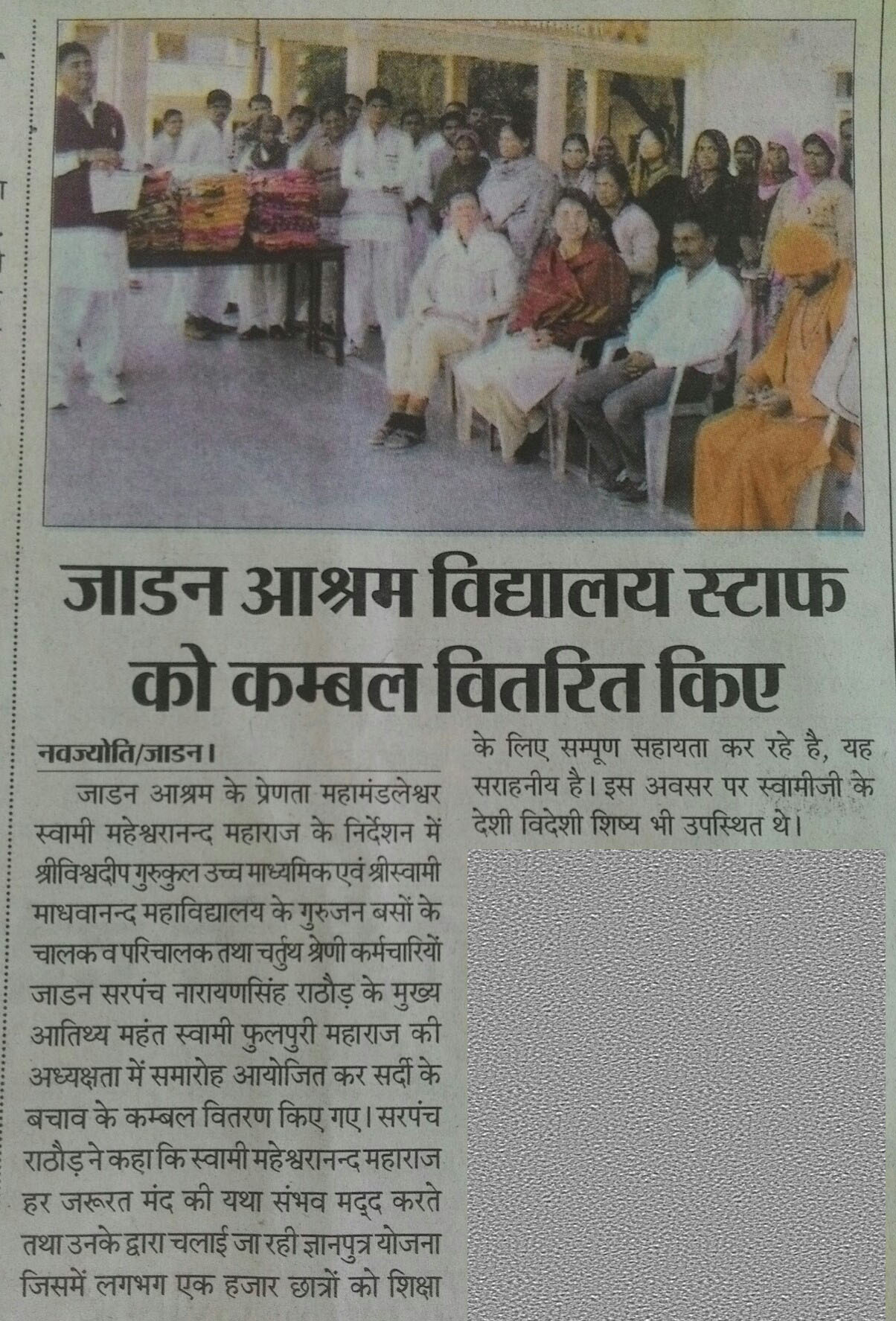