Kalash for the Om Ashram

Vishwaguruji Paramhans Swami Maheshwaranandaji checks the quality of the work done in the making of the kalash and metal flag. 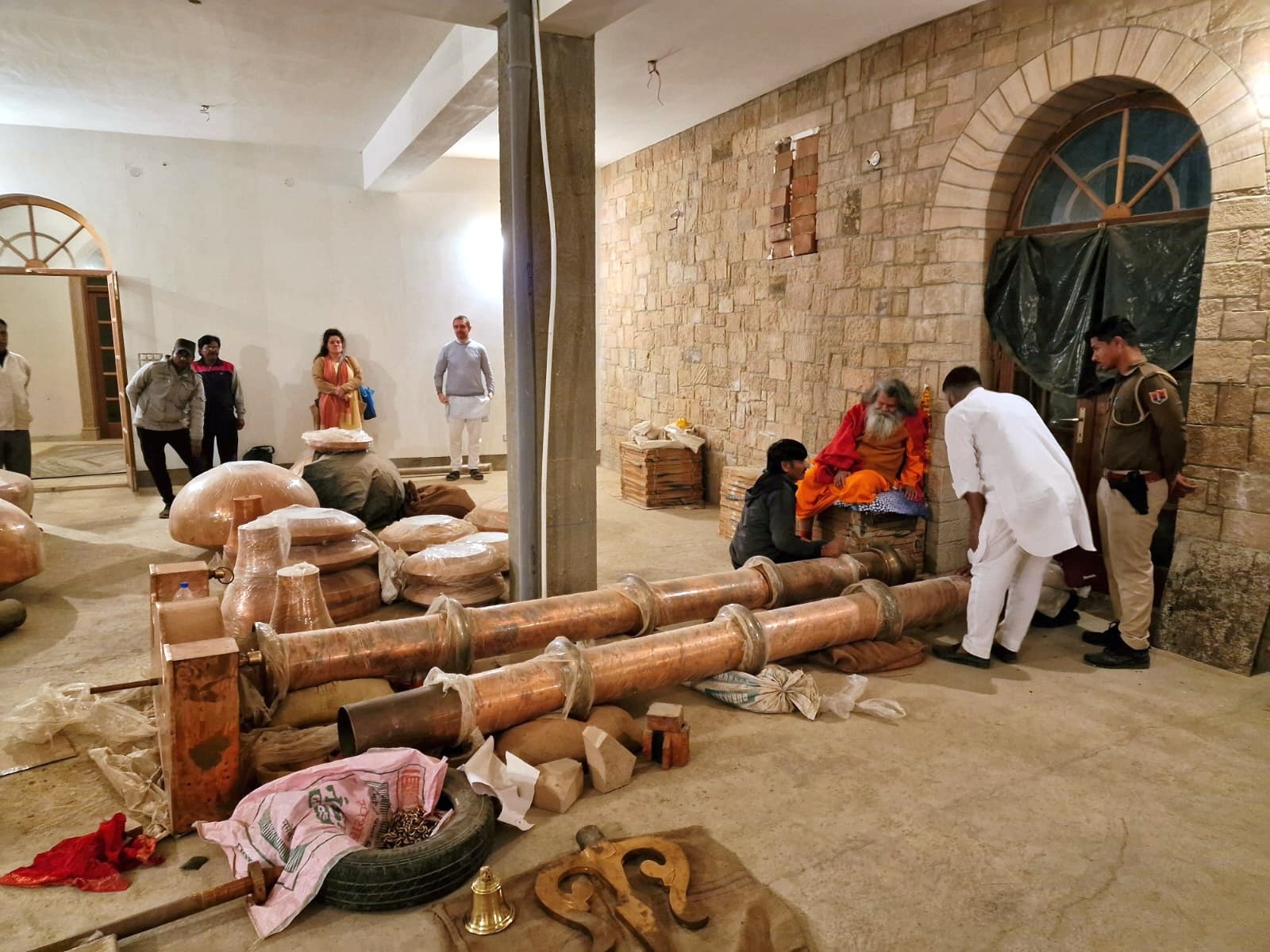 .
The metal flag will be hosted on the side of the temple and weights more than 500kg. 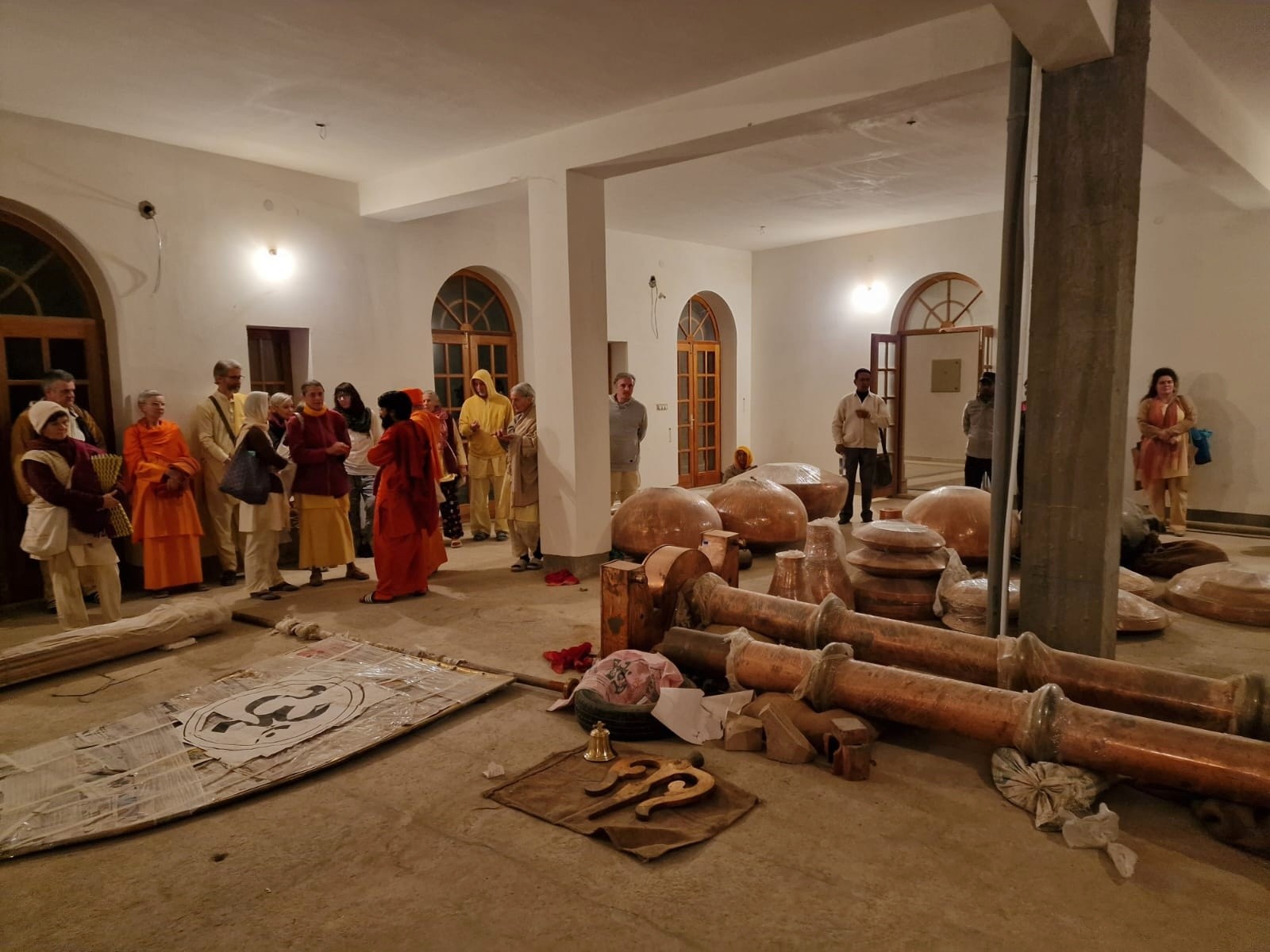 Swami Avatar Puri explains that the kalash is used as a decorative element on the top of Hindu temples. It is typically made of brass or copper and is placed at the highest point of the temple, often on the shikhara (spire) or the central dome of the temple. The Kalash is considered as a symbol of the temple's connection to the divine and is also seen as an offering to the gods.

The Kalash on top of the temple is usually adorned with intricate carvings and designs. It is often decorated with images of gods and goddesses, such as Vishnu, Shiva, or Devi. The Kalash is also decorated with symbols such as the Om and other sacred symbols of Hinduism. Often it is also platted in gold.

In short, the Kalash placed on top of the temple is a decorative element that serves as a symbol of the temple's connection to the divine and as an offering to the gods. It is usually made of brass or copper and is adorned with intricate carvings and designs. It is believed to bring blessings and good fortune to the temple and its visitors.

The temple is not considered finished until the kalash is put on its top.