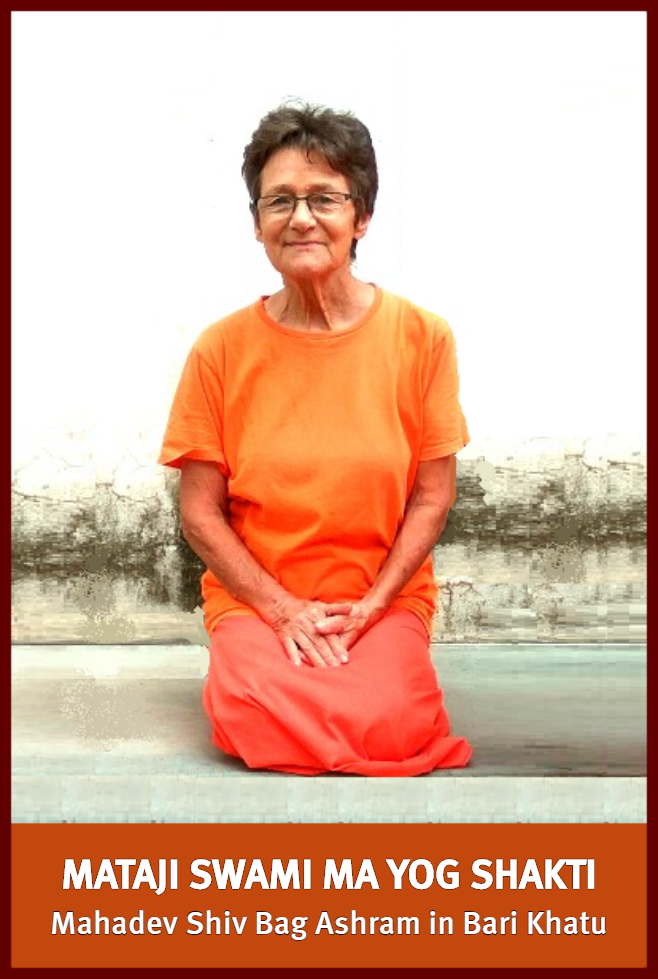 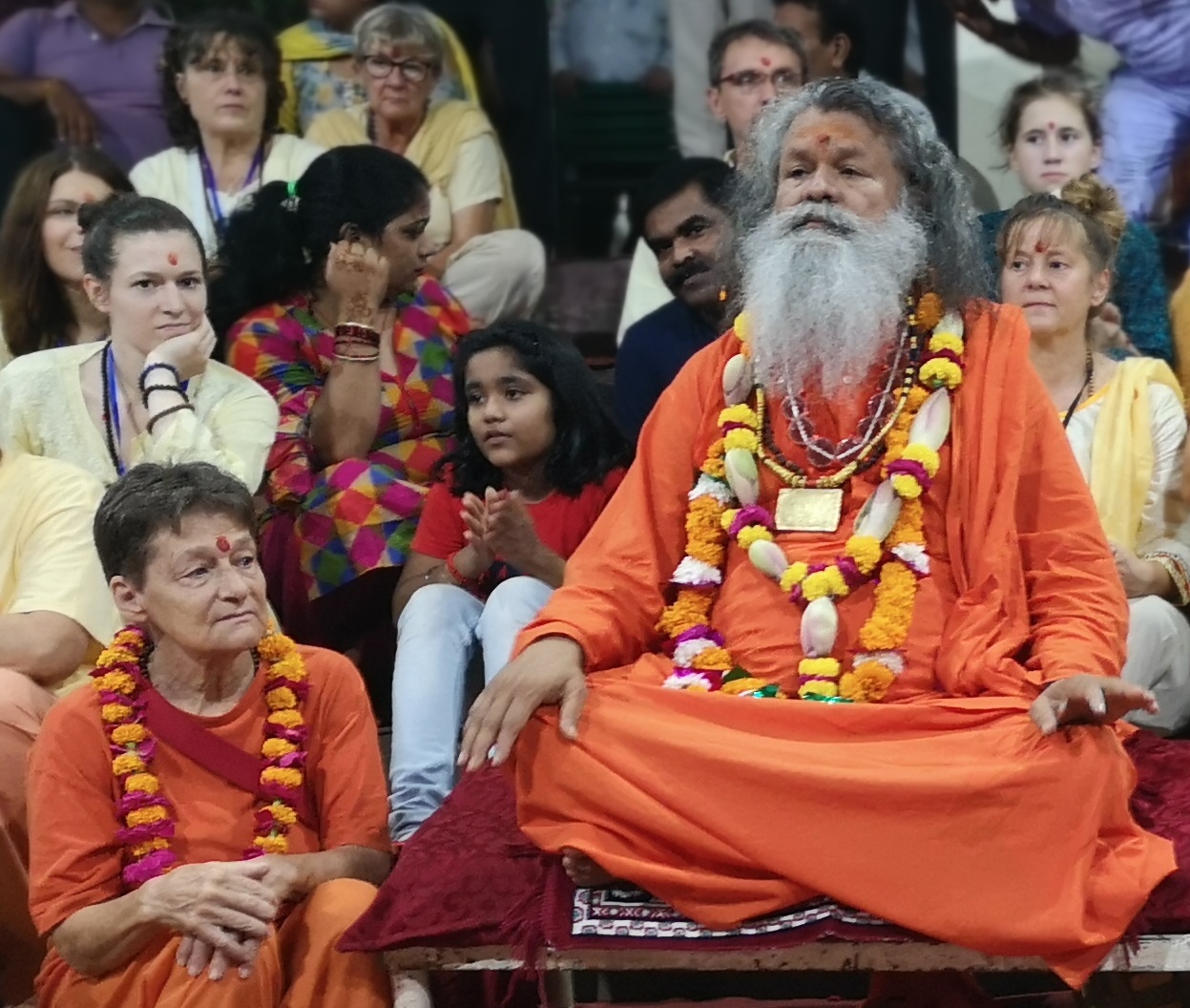 Even with her death, she showed our connection between West and East. She had a brain stroke on the anniversary day of Mahaprabhuji’s Mahasamadhi, but she did not want to go that time, as her belief in Christ was firm. It was her wish that came true, to die on Christmas Day. 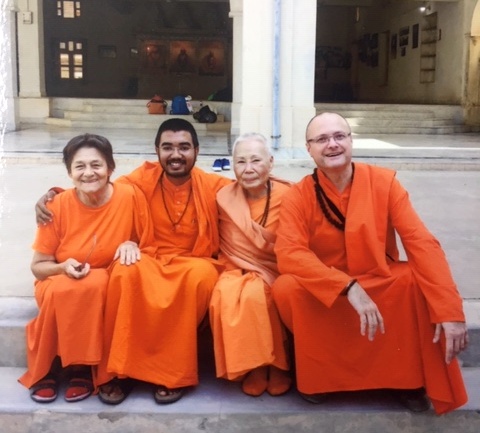 Her body was brought from the Jodhpur hospital and then put on a carriage to be shown in a ceremonious procession through the village. She was very popular in Bari Khatu and especially many ladies mourn her passing.

She did her last parikrama (sacred circumambulation) of the all mandirs (shrines) in the ashram before she was put in a samadhi (seated upright in a special grave) near to Guruji’s house. Mataji was buried in the ashram where she lived for the last 20 years. Her beloved son Robin and his wife also assisted in the ceremony, they managed to arrive from England just in time to do the last rites. 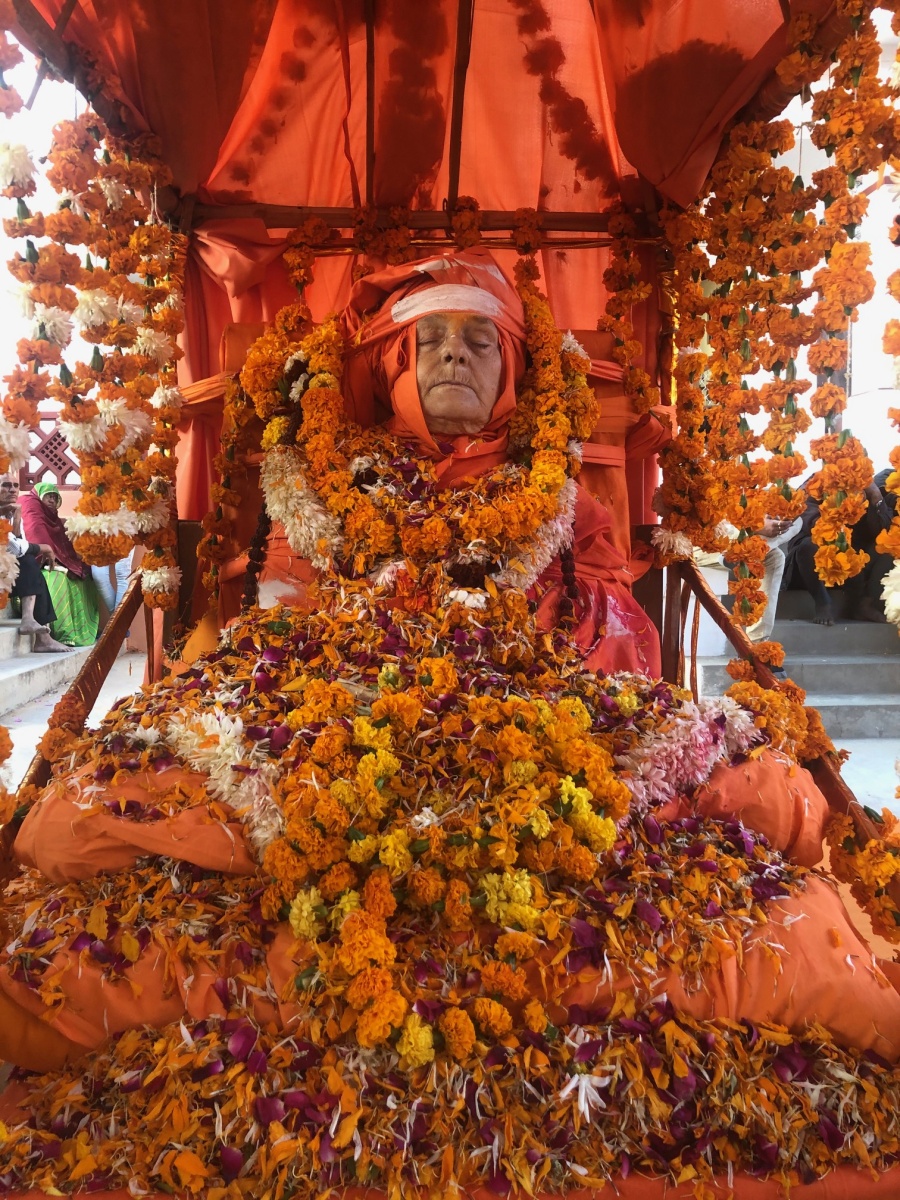 To add to the miraculous circumstances, not only her son, but even the embassy and police gave their permission to bury her in this holy place, as per her last wish. 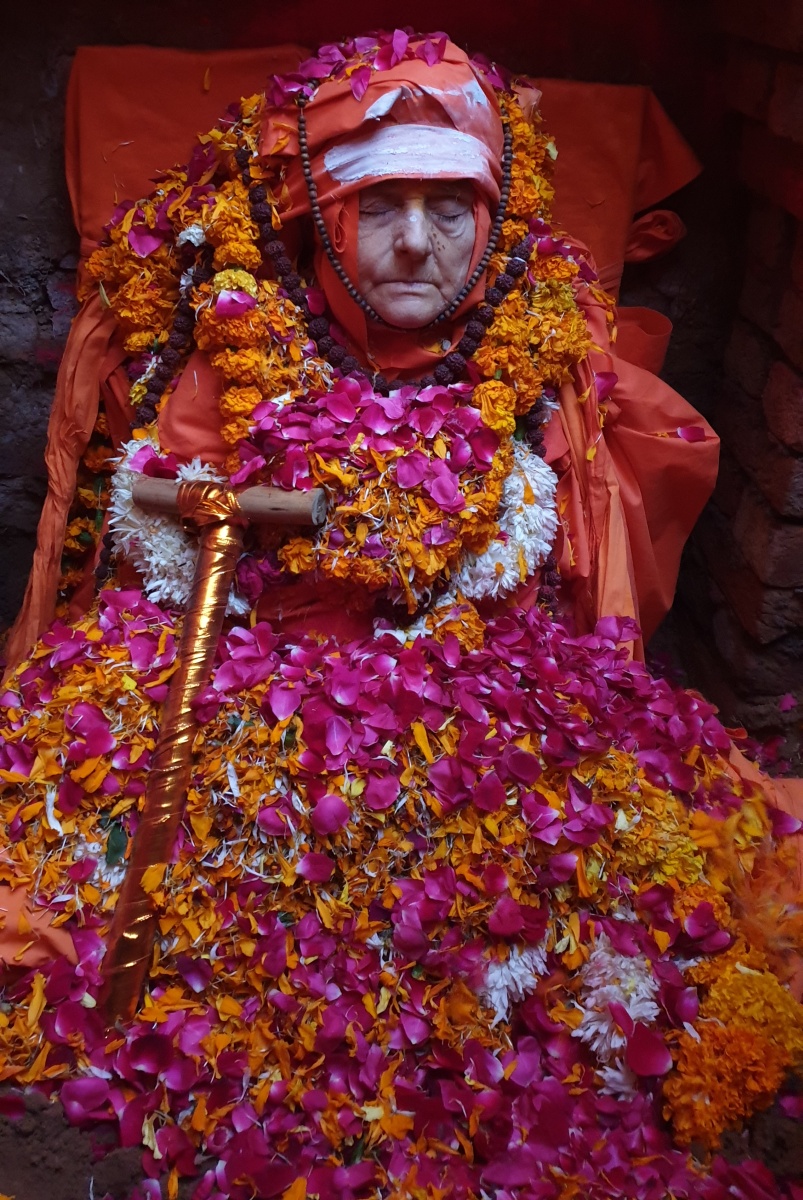 The Mahasamadhi ceremony, marking her final liberation from this mortal world, was beautifully guided by her Gurudeva, Vishwaguru Mahamandaleshwar Paramhans Swami Maheshwarananda Ji. In the end, evening arati (prayers) were sung and all the people went to their homes.

There is an emptiness now in the Shiv Bagh Ashram, but not in our hearts.