The "Arrival" of Sri Mahaprabhuji to Jadan Ashram

1st November 2014 was a truly great day. Quite early in the morning we were told that our Divine Master, Bhagawan Sri Deep Narayan Mahaprabhuji, was coming to Jadan and that we should all come to the Bhakti Sagar (meditation hall) at 1 o’clock to meet Him. Some were puzzled, others overjoyed, yet no one could imagine what to expect.

When the time came, we all started gathering: ashram students, bhaktas from Europe and India, as well as children from the school. The latter group was the biggest one, for there were hundreds of children who sat down in neat formations. A couple of local Rajasthani musicians also came, which meant that something big was surely going to happen. 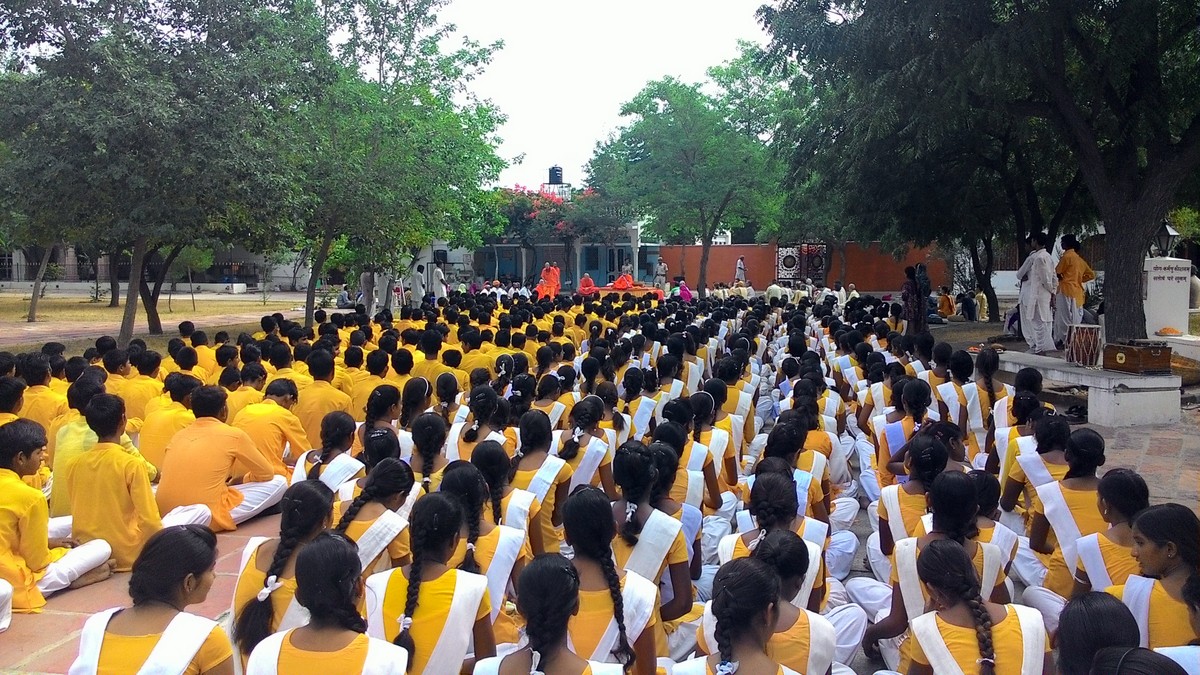 The arrangement was really auspicious when Swamiji arrived with one person, and all the devotees and the hundreds of school children rose to greet Him. At that moment, the children started to sing a sloka from the Guru Gita: “Gurur Brahma, Gurur Vishnu, Gurur Devo Maheshwara…” which only deepened the atmosphere.

Swamiji then told us that He had great news for us: that one of Mahaprabhuji’s bhaktas, Sri Ram Chandra Rajpurohit from the village of Generi near Bola Guda, where Mahaprabhuji also lived, gave a present to Swamiji, to Jadan Ashram, a bed on which Mahaprabhu Deep sat, received bhaktas, sang bhajans and held satsangs. The bed was then ceremoniously brought, while the musicians were playing on their instruments. It was placed in front of a tree, received by singing mantras, putting flower malas and petals on it. Swamiji then placed Mahaprabhuji’s picture on it and also decorated it with flower malas. 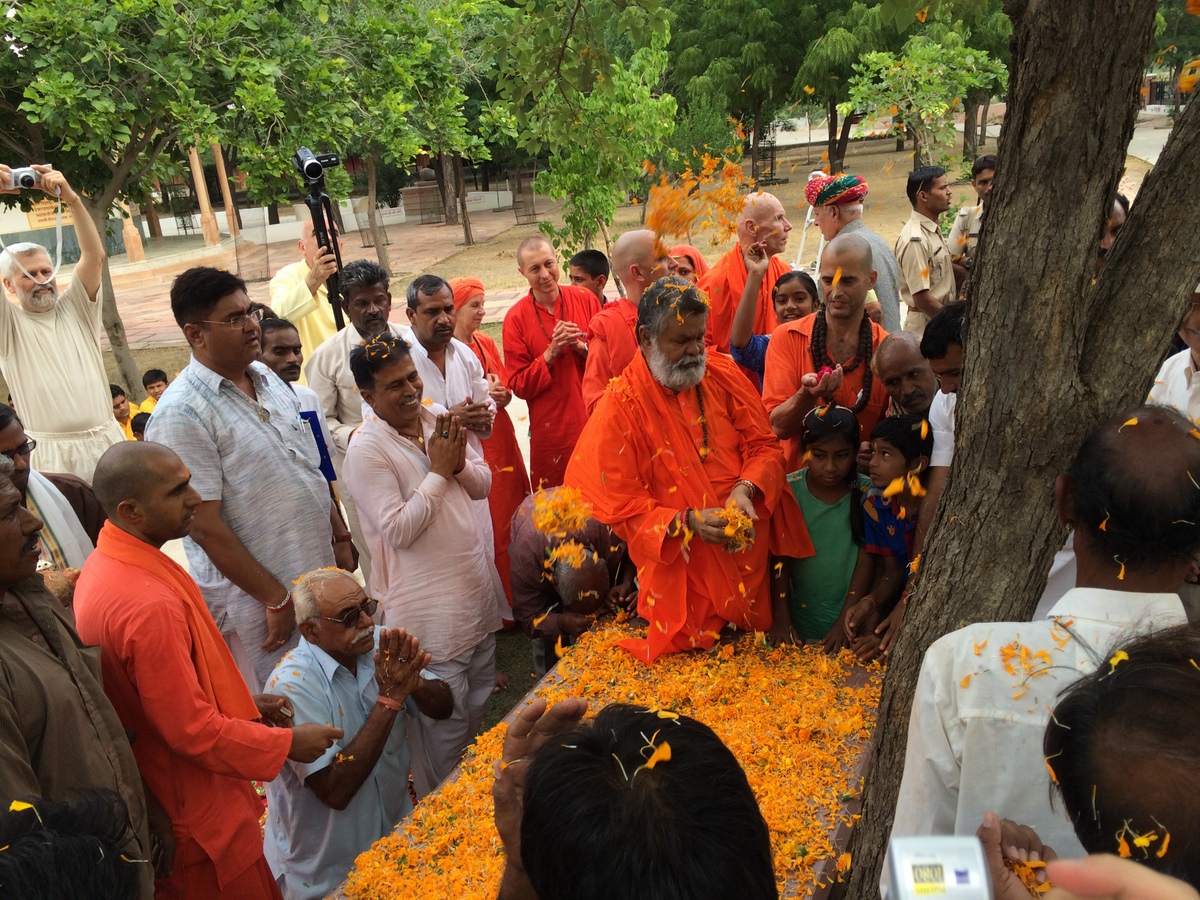 We were all touched, as especially was our Gurudev, who said that the bed was the dearest and most precious among all things in the world for Him. He was sitting next to it, touching the edge with His hand as he spoke how indescribably happy He was that the family to whom this bed had belonged gave it to Him. It had been difficult for them to part with it, but they would manage because they have more, as He said.

Then the bhakta who gave the bed spoke, first saying how the whole event brought tears to his eyes, not only because of the beautiful gathering, but mostly because he saw the bed on which his beloved master sat, the bed which means so much to him. He continued by describing how he practically grew up in Mahaprabhuji’s lap, and spent his childhood by his side, by this bed. He delighted the audience by telling a story how he once visited an astrologer who told him that he would get very little education, have no money and live a short life. He told everything the expert had said to Mahaprabhuji, who assured him that there can be nothing bad in the life of one who is protected by Gurudev. He continued, with tears in his eyes, by saying that he is now 76 years old, a doctor of medicine with a PhD and quite well-off, and that all that is due to the blessings of Mahaprabhuji. That all he ever achieved or gained is because of His graciousness and that everything good in life comes because of His favour. We all felt uplifted and inspired by his elevating words because we could see in him a true belonging to Gurudev. 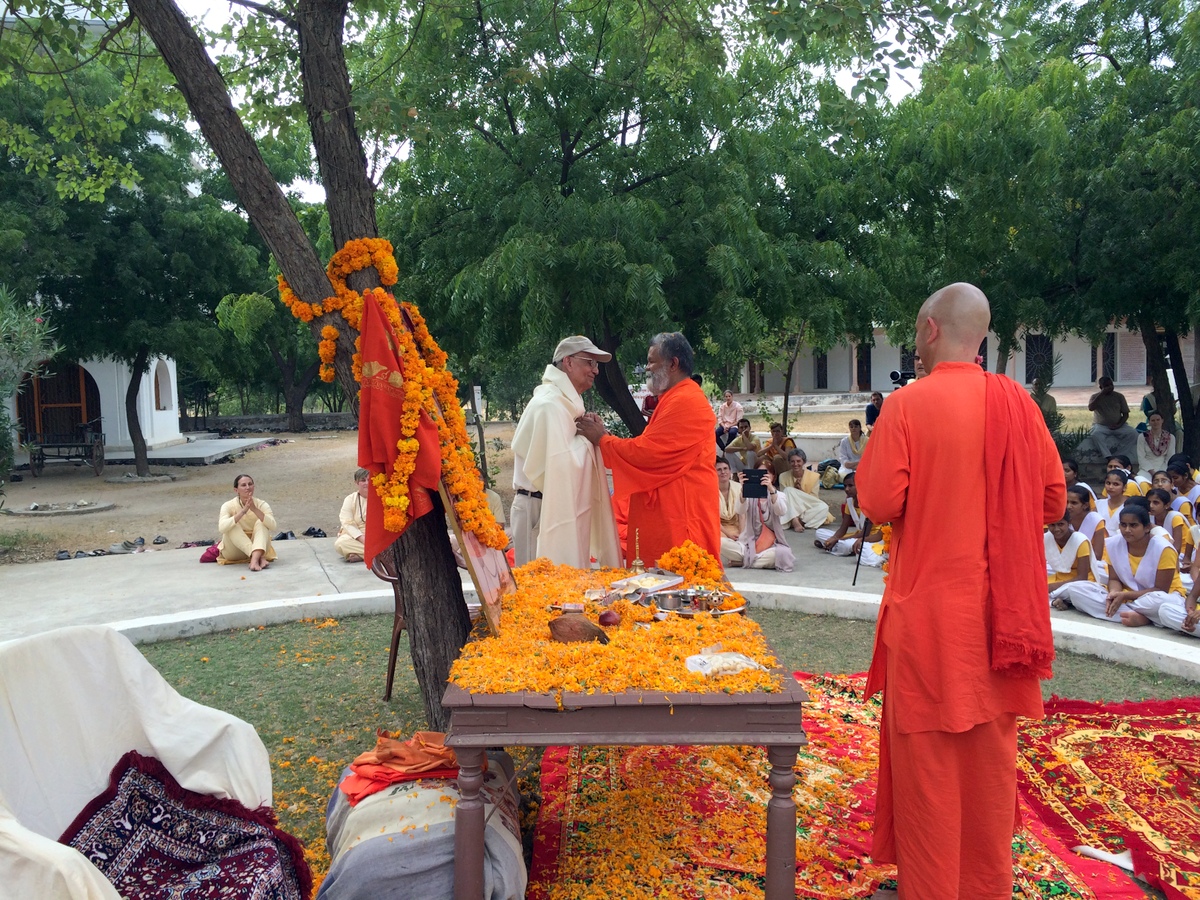 Then Swamiji emphasized how extremely lucky we are for receiving this cherished bed and that we should nurture a true, genuine affection towards it. Afterwards we all had a chance to put flower petals on it and make pranam, which continued throughout the whole day. Everybody who came to the ashram could see Mahaprabhuji’s picture on His bed and, in this way, receive blessings. In the evening, there was a satsang next to it – a satsang that felt like we were sitting next to Mahaprabhuji’s feet. 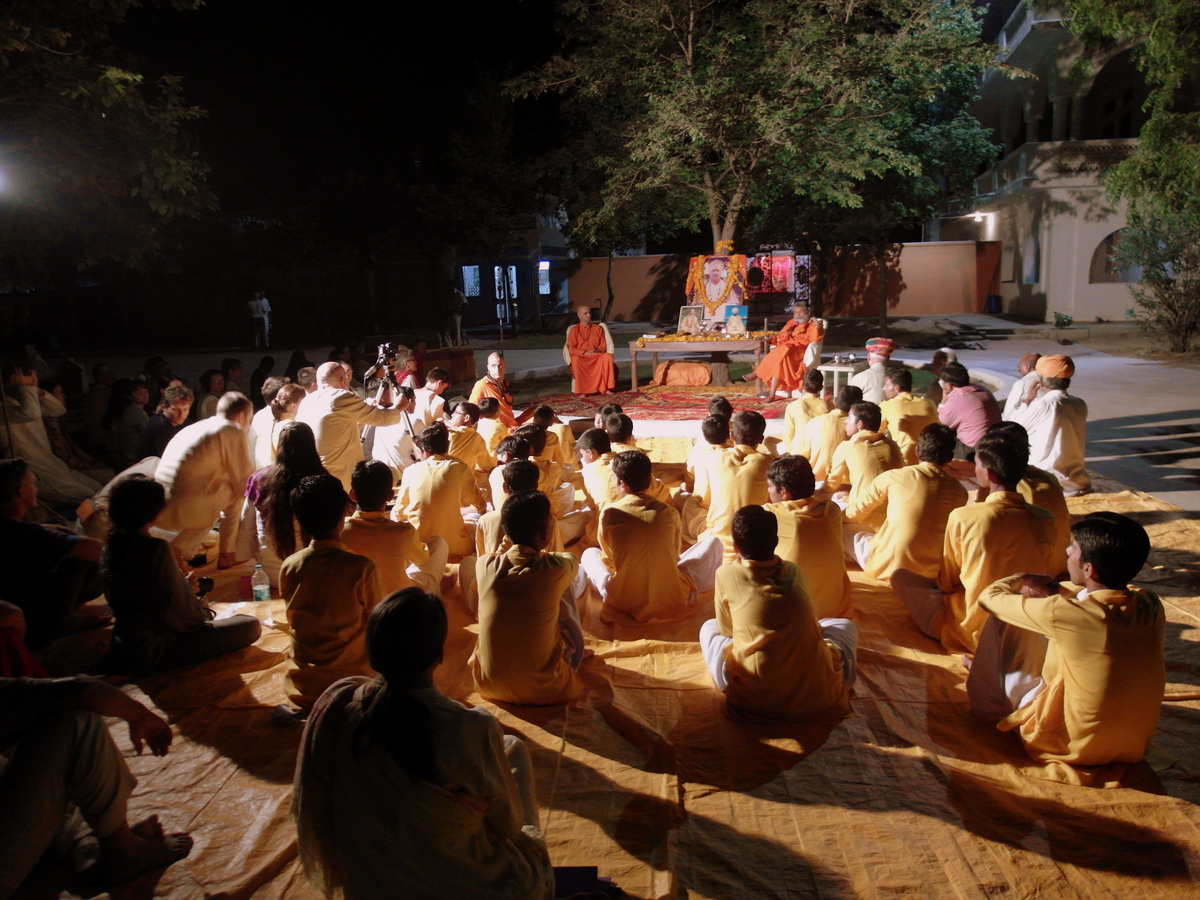 The following day, the bed was taken to Holy Guruji’s room in the ashram, to a place where all bhaktas can come and feel the actual presence of Mahaprabhu Deep.