MM Vishokanandji studied in the gurukul of his Gurudev Rajguru Sommeshwaranand Bhartiji Maharaj from early age. Afterwards he completed studies at 3 different Sanskrit universities and thus became an acharya.  At present, he runs 7 schools of the gurukul type in Gujarat and Punjab, and several ashrams, the main three being in Haridwar (Uttarkand), Bikaner (Rajasthan) and Tailnar Kedareshwar (Gujarat).
He has just recently completed a satsang tour of Gujarat and, before going back to Haridwar, is presently holding programs in the Rajasthan cities of Sumerpur, Sojat and Jodhpur, which are not so far from Jadan ashram.

On 17th April 2013 we were blessed by a visit of this noble and renowned mahatma. He arrived to Jadan in the evening just before prayer but soon came to Bhakti Sagar and gave a beautiful and inspiring satsang about the importance of gurukul education. It was directed mainly towards the students of our Jadan gurukul and their teachers who were sitting there. Here we bring the lecture. 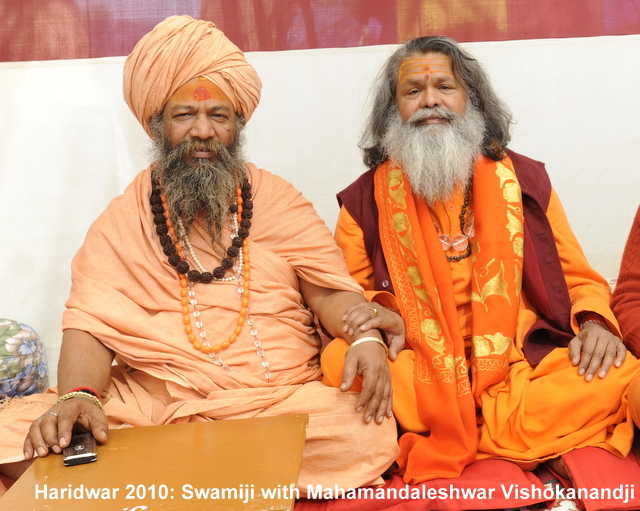